The chairman of Covid vaccine giant AstraZeneca has said that investment in technology can help the NHS cut costs.

Leif Johansson said more spending on areas such as artificial intelligence and screening could prevent illness and stop people going to hospital.

The NHS is under severe pressure, with A&E waits at record levels and strike action exacerbating ambulance delays.

Mr Johansson said about 97% of healthcare costs come from "when people present at the hospital".

He said only the remaining 3% is made up of spending on vaccination, early detection or screening.

Mr Johansson told the BBC at the World Economic Forum in Davos: "If we can get into an investment mode in health for screening or prevention or early diagnostics on health and see that as an investment to reduce the cost of sickness then I think we have a much better model over time that would serve us well."

Commenting on the UK, he said: "All countries have different systems and the NHS is one which we have learned to live with and I think the Brits, in general, are quite appreciative about it."

He said he was not talking about "breaking any healthcare systems down". Rather, he said, "we should embrace technology and science".

Mr Johansson said that artificial intelligence, or AI, could be used to diagnose lung cancer through X-rays by "just running them through software". Or technology could be used to screen diabetes or cardiovascular diseases.

"All of that can be done within the institution of the NHS and would still have a very beneficial impact," he said.

The NHS is facing more industrial action on Monday when ambulance workers in some parts of England and Wales, who are members of the Unite union, go out on strike in a dispute over pay.

There are further strikes planned by ambulance workers and nurses later this month and in February. 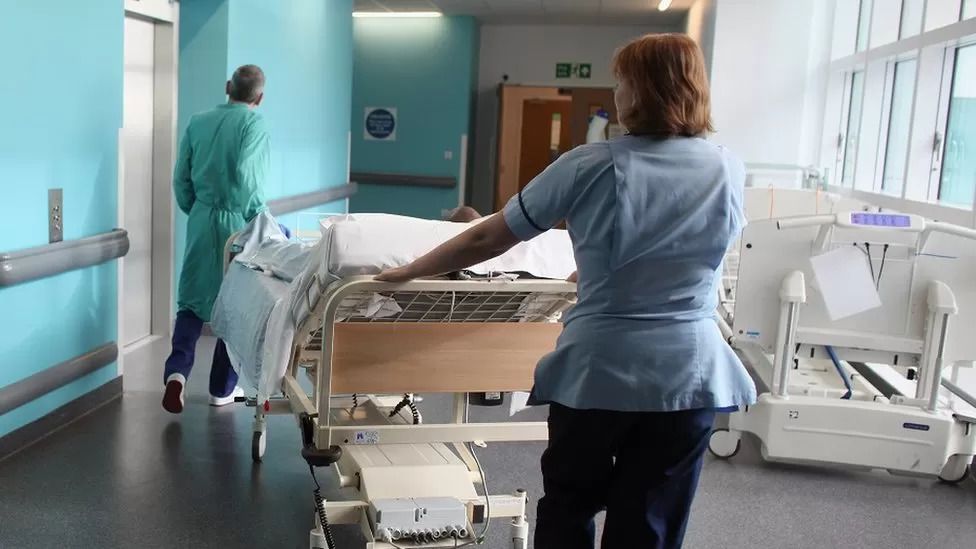 Following the UK's exit from the European Union, Mr Johansson had expressed concern about whether AstraZeneca would continue investing in the country.

But he now says that the UK has the opportunity to innovate in technology for the healthcare sector outside of European regulations.

"The UK already has a very, very good life science sector academically but also industrially with a couple of very large players, ourselves included.

"Anything that we can do in the UK would be beneficial for the country on a broader aspect than only using it in the UK."

Mr Johansson will step down as non-executive chairman of AstraZeneca in April.

He will be replaced by Michel Demaré, currently a non-executive director at the pharmaceutical company who holds similar roles at Vodafone among others.