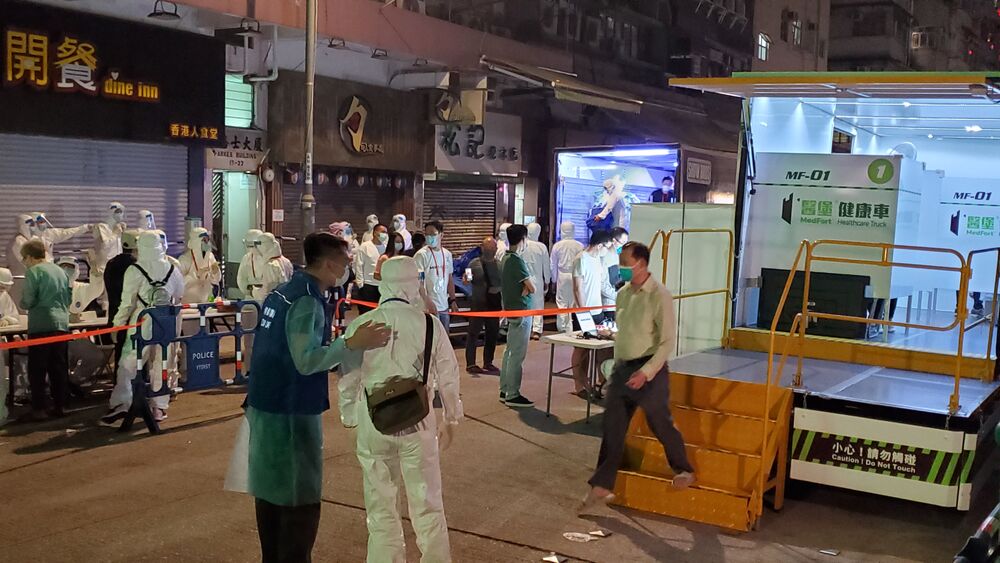 An Indian man believed to be infected with the city’s first community-detected Covid-19 mutated strain had tested negative for three times during his 21-day hotel quarantine, sources said.

The patient, who had landed in Hong Kong in mid-March, was understood to have been living with his girlfriend in Parkes Building in Jordan since April 8, when he completed an isolation that lasted for three weeks.

It is learned the man had been planning to depart the city for Dubai, thus was screened again for the virus and tested preliminary-positive with the N501Y strain.

The source also said the man had been to various districts in Hong Kong, including Tsim Sha Tsui, Jordan and Cheung Chau after being released from quarantine.

The man was said to be carrying a high viral load, with a low CT value below 20.7. Authorities are identifying the source of the variant, which can be imported from Britain, South Africa and Brazil.

This came as the city was expecting about 20 new coronavirus cases on Saturday.

During the early hours of Saturday, 81 residents of 17-23 Parkes Street who had tested negative for the virus in an overnight lockdown were sent to quarantine for 21 days.