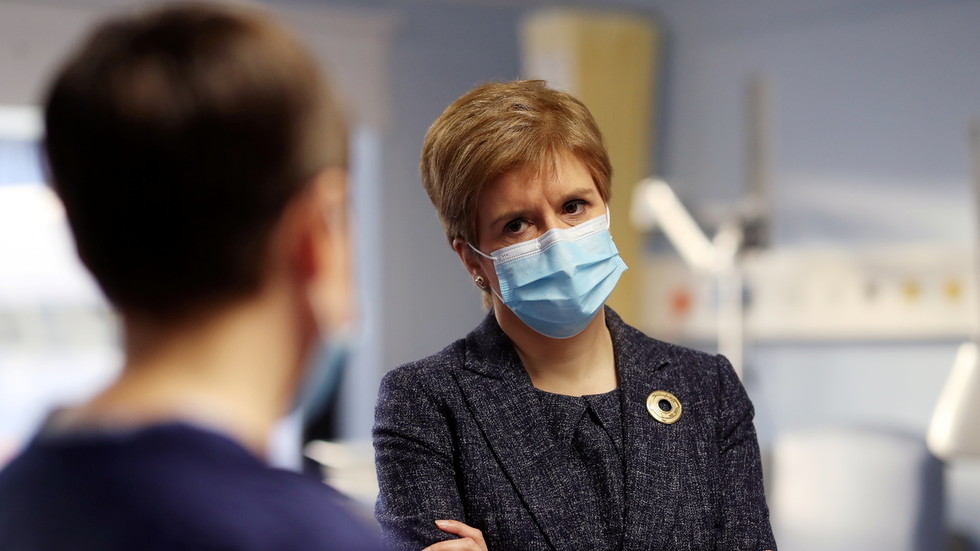 The latest data from the World Health Organization has put Scotland’s health boards at the top of the charts for Covid-19 prevalence, and not for the first time, as many complain the SNP’s pandemic masterplan has been a failure.

On Wednesday, data from the World Health Organization’s (WHO) Covid-19 “subnational explorer” show that 9 Scottish health boards feature in the top 20 areas of Europe where the virus has been most prevalent over the last seven days.

The WHO’s tracker puts Lanarkshire in the top spot, having registered 1,135 cases per 100,000 inhabitants over the last seven days. Scotland’s most populous city, Glasgow, was in second place. Other Scottish cities and districts featured on the list include Fife, Lothian, Ayrshire and Arran and the Forth Valley, among others. Other places currently on the list include Almaty City in Kazakhstan and the country of Georgia.

According to the Times on Thursday morning, three hospitals in Lanarkshire have recorded bed occupancy levels of over 90%. Wishaw General reached 94% occupancy earlier this week.

While Scotland’s current misfortune is particularly grave, the apparent failure of the country’s nationalist government to control the pandemic has engendered a flurry of criticism, particularly as First Minister Nicola Sturgeon made it very clear she wanted to do things differently from England.

The statistics, published by the WHO and covered in the Times, were also shared on Twitter by GB News chairman Andrew Neil on Thursday, triggering fierce debate among social media users, with many keen to lay the blame firmly on Sturgeon.

“Perhaps many in the media can now stop eulogising and perpetuating the myth that St. Nicola has handled the pandemic well,” a person wrote on Twitter, claiming she was obsessed with doing things differently to England, even if it was going to be less effective.

Others took the same view, questioning why the Scottish National Party thought it necessary to “tartanise their COVID strategy” and do things differently to the rest of the UK. “They have failed,” they added, asking whether this would come up in Scotland’s independent review of the pandemic.

Another concurred, writing that if anyone thinks Sturgeon has been successful in managing the pandemic, they need to wake up and “smell the coffee.” Doctor Renee Hoenderkamp also chimed in, writing, “their lockdowns and mask obsession working well then,” referencing the harsher restrictions imposed north of the border.

Others asked if England would close the borders to Scotland, a reference to Sturgeon’s decision to impose restrictions on movement into the country earlier in the year, including a heavily criticized travel ban on people from Manchester.

“The cure… is independence. As it is for everything else here,” one person jibed. Others also suggested the SNP would somehow blame the union. “The real virus in Scotland is Nationalism,” another insisted.

Some people were quick to defend the SNP amid a flurry of comments condemning the nationalists. Several said England will see a similar level of cases soon when children go back to school, while another claimed the figures were just an attempt to deflect criticism from UK Prime Minister Boris Johnson and Foreign Secretary Dominic Raab. Children in Scotland have already returned to class.

Others blamed it on tourism, claiming there had been a great holiday season in Scotland and that it was well managed in terms of Covid-19 restrictions.

This is not the first time Scotland has topped the European list for Covid-19 prevalence. In July, half of the top-10 spots were occupied by places in Scotland.

Throughout the pandemic Sturgeon has elected to do things differently to the rest of the UK, locking down and opening up at different times as well as adopting different travel guidance.

On Wednesday, Sturgeon said that the SNP will hold a vote to approve the implementation of vaccine passports at nightclubs, adult venues and indoor events with more than 500 attendees, outdoor events with at least 4,000 in the audience, and any event with over 10,000 people.