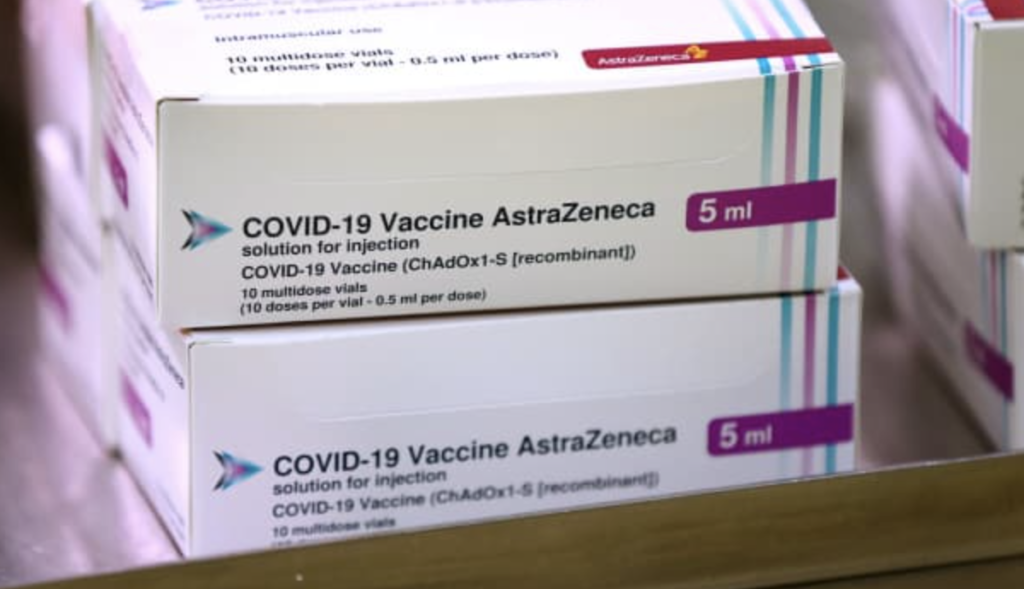 British pharmaceutical giant AstraZeneca has revealed that a third, or ‘booster’ dose of its COVID-19 vaccine significantly lifted antibody levels against the Omicron variant.

This is based on a recent laboratory study whose findings suggest that AstraZeneca’s vaccine and its preventative monoclonal antibody treatment, Evusheld, “retains neutralisation activity” against Omicron.

“The third dose booster vaccination neutralised the Omicron variant to levels that were broadly similar to those observed… after the second dose against the Delta variant,” AstraZeneca said in a statement.

According to the statement, the levels at which antibodies became neutralised from the booster jab were also higher in individuals who had previously been infected and recovered naturally.

Meanwhile, the study was conducted by investigators from the University of Oxford, which is the academic institution that helped AstraZeneca develop the vaccine last year.

Researchers also analysed blood samples taken from individuals infected with COVID-19 as well as those vaccinated with a booster and those who had reported the a previous COVID infection.

“It is very encouraging to see that current vaccines have the potential to protect against Omicron following a third dose booster. These results support the use of third dose boosters as part of national vaccine strategies, especially to limit the spread of variants of concern, including Omicron,” said University of Oxford professor John Bell, one of the researchers.

Pfizer to become the vaccine of choice for BVI

While AstraZeneca has revealed this finding, the Ministry of Health here in the BVI that announced Pfizer will become the vaccine of choice in the territory as it expects the supply ability of AstraZeneca to dwindle in the new year.

The Acting Chief Medical Officer (CMO) Dr Ronald Georges said Oxford University in the UK carried out a large trial to determine which vaccines would be most effective as boosters overall and the results showed mRNA vaccines such as Pfizer would be best.

Dr Georges also announced that persons who have completed their primary vaccination with the two-dose regimen like AstraZeneca can receive the Pfizer booster three months after completion of their last dose.

Earlier this month, the ministry received 4,680 doses of the Pfizer vaccine from the United Kingdom and more are expected to become available in January.