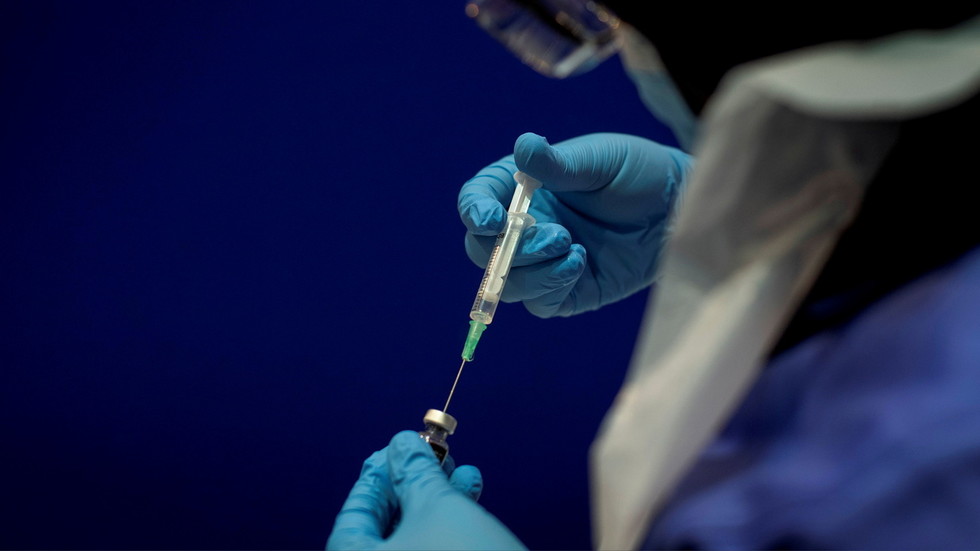 Two doses of the Pfizer and AstraZeneca vaccines provide sufficient protection against symptomatic disease from the Indian strain of Covid-19, which is thought to be more vaccine-resistant, a study by Public Health England says.

“New study by PHE shows for the first time that 2 doses of the COVID-19 vaccines are highly effective” against the virus variant first identified in India, a UK government press release citing the study’s results said.

The research shows that the Pfizer vaccine provides 88% protection against symptomatic disease caused by the Indian variant two weeks after the patient receives the second dose, while AstraZeneca’s vaccine is 66% effective.

The first dose of both vaccines is only 33% effective against symptomatic disease. The press release explains the difference in the effectiveness of the two by the fact that the “rollout of second doses of AstraZeneca was later than for the Pfizer-BioNTech vaccine,” and it “takes longer to reach maximum effectiveness with the AstraZeneca.”

“This study provides reassurance that 2 doses of either vaccine offer high levels of protection against symptomatic disease from the [Indian] variant,” Dr. Mary Ramsay, the head of immunisation at Public Health England (PHE), said.

She also said the researchers expect the vaccines to be “even more effective at preventing hospitalisation and death,” though they do not have sufficient evidence to estimate the effectiveness against severe outcomes of infections caused by the Indian strain, the government statement said.

The results were lauded by Health Secretary Matt Hancock, who called them groundbreaking evidence in support of the UK’s vaccination program.

“We can now be confident that over 20 million people – more than 1 in 3 – have significant protection against this new variant, and that number is growing by the hundreds of thousands every single day as more and more people get that vital second dose,” he said.

The study was based on an analysis of 1,054 cases in which people in the UK contracted the Indian virus variant between early April and mid-May.

The results came just days after Germany’s public health agency, the Robert Koch Institute, warned that the existing vaccines could be less effective against the Indian variant. Germany also said it was reassessing its travel arrangements with the UK after a small number of cases of the new mutation were detected in Britain.

First discovered in India in October 2020, the so-called ‘Indian strain’ has since spread to more than 50 countries worldwide and was declared a “variant of concern” by the World Health Organization (WHO) due to fears it could be more transmissible and more resistant to vaccines and treatment.

The UK has reported the most cases linked to the Indian strain among all European countries – more than 3,850 were reported as of May 19.
#covid 19  #vaccine  #pfizer  #biontech  #astrazeneca  #covid  #vaccines
Add Comment