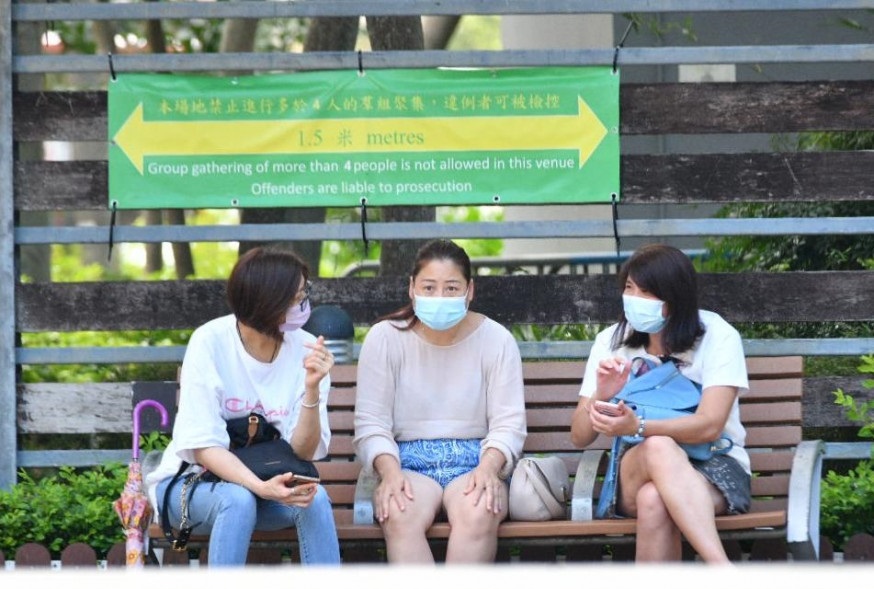 The current social distancing measures will be extended for two more weeks until June 9, the government announced tonight.

The extension would mean the current gathering cap remains in force on June 4, dampening any hope that a vigil can be held at Victoria Park.

A government spokesperson explained that the number of confirmed cases remain at a low level, yet easing social distancing measures may cause the local epidemic situation to rebound, according to past experience.

The spokesperson added that the vaccination rate of the city is not sufficient to achieve the goal of herd immunity and residents could not be protected from the next wave of Covid-19.

Catering businesses must operate under one of the four modes instructed by the government. For bars, only two people per table would be allowed.

Existing requirements and restrictions applicable to other scheduled premises will be maintained, including arranging staffers to undergo virus tests every 14 days or complete vaccination as an alternative.

People in violation of these measures would have committed a criminal offence, and are subject to a maximum fine of HK$50,000 and six-month imprisonment.
#covid 19  #covid  #vaccines
Add Comment