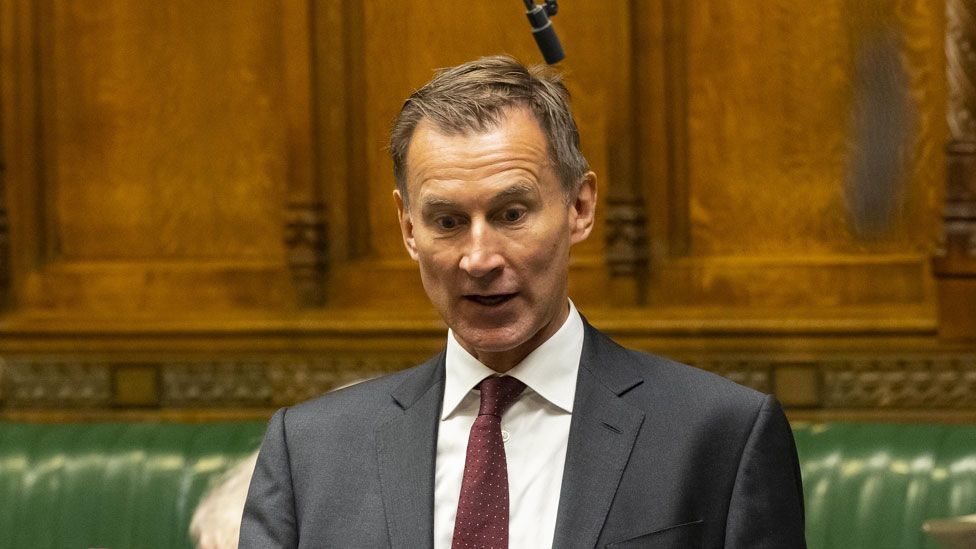 Former health secretary Jeremy Hunt has said social care "does not actually get as much money as it needs" under government plans for new health taxes.

The Conservative MP was speaking as MPs voted through legislation to establish the £36bn health and social care tax.

Ministers say the extra funding will help the NHS recover from the pandemic, as well as boosting social care.

But Labour and some Conservatives says a tax rise is being rushed through without a proper plan.

The Health and Social Care Levy Bill cleared the House of Commons on Tuesday evening after MPs gave it a third reading by 307 votes to 251, majority 56.

In an usual move, it progressed through all its Commons stages in one day because ministers want it to become law quickly.

It will undergo further scrutiny in the House of Lords at a later date.

Ten Tory MPs rebelled against the government at third reading.

The bill enables ministers to raise national insurance by 1.25 percentage points next year, before a new health and social care levy kicks in, in 2023.

The government says the plans will generate £12bn a year over three years with around 85% of the money raised going to the NHS to help target record waiting lists and £5.4bn going to social care.

Opening the debate, Chief Secretary to the Treasury Steve Barclay said the tax will help deal "with the consequence of Covid, the backlog in care that needs to be tackled but also grasping the nettle in terms of long-term challenges around social care".

And he said senior NHS leaders had made clear that without the additional financial support, the backlog in the heath service could not be properly addressed.

But Mr Hunt, who chairs the Health and Social Care Select Committee, said ministers need to be wary of "falling in to a trap" over social care funding.

He said: "Whilst this is a generous settlement, if we are honest, in the next three years, social care does not actually get as much money as it needs.

"The truth is that after that there is a risk of the NHS continuing to gobble up the lion's share."

He said no Conservative liked raising taxes and he feared "that if what we have done so far is tough, what is to come will be even tougher still".

"If you put your hands into people's pockets and take money out of them and they don't see visible improvements in the service they receive they get very angry indeed," he added.

Former minister John Redwood, who was among a number of Conservative MPs to abstain in the vote, said there was a danger the government's plans to increase taxes will "kill the recovery".

"This is too soon, government, to start breaking the economy," he said.

Conservative MP John Baron said he wanted to "question the "unfairness" of the increase given that it will "disproportionately fall on the lower paid" and he asked why "wealthy non-working pensioners be exempt?"

Labour's shadow Treasury minister, James Murray, said ministers were rushing the legislation through the Commons with just a "few hours" of scrutiny because they wanted to avoid "giving their own side enough time to push back".

"They want to make sure that by the time it sinks in with their own MPs what a mistake this tax rise is, it will be too late for their backbenchers to mount any opposition," he said.

"Perhaps it is also sinking in with their backbenchers that the prime minister and the chancellor are pushing through these plans for a tax rise without a plan for social care."

Liberal Democrat health and social care spokesperson Munira Wilson said the date at which the proposed personal care cap of £86,000 kicks in could cause a "massive cliff edge".

She said: "Lots of people will try and avoid coming forward for care in the months before October 2023 and there will be a massive surge."

SNP shadow Treasury spokesperson, Alison Thewliss, said the tax rise, which is UK-wide, was "disproportionate and "unfair" and a threat to devolution.