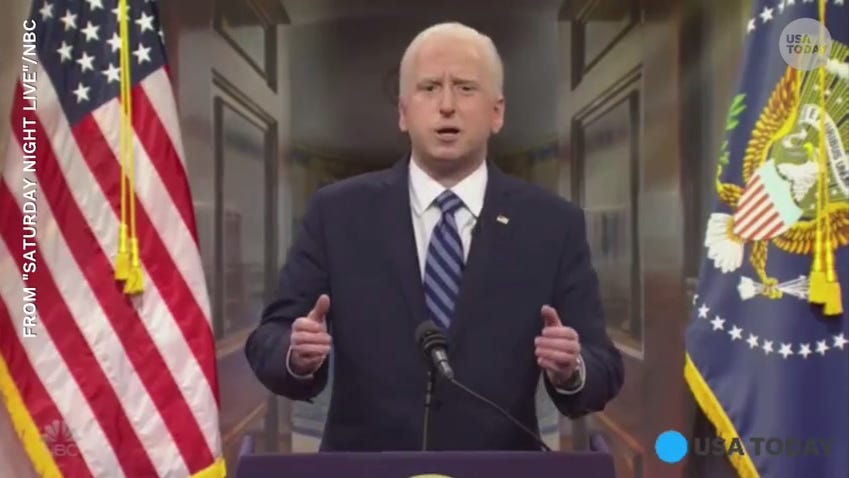 'SNL': Joe Biden blames omicron, inflation and everything else on ‘Spider-Man: No Way Home’

This week's opening sketch on the live NBC comedy show featured Johnson's Biden dodging tough questions from reporters during a news conference. His strategy? Chalk everything up to the release of the latest Marvel superhero movie "Spider-Man: No Way Home," which has earned more than $1.5 billion worldwide.

"America, I'm here to tell you there's one simple thing you can do to make this whole virus go away," he said. "Stop seeing 'Spider-Man.' "

"Think about it," he added. "When did 'Spider-Man' come out? December 17th. When did every single person get omicron? The week after December 17th."

Hold on a second. "What about experts who say the real problem is a lack of testing?" asked a reporter, played by Bowen Yang.

"You want to know if you have COVID?" the president replied. "Look at your hand. Is it holding a ticket that says you recently went to see 'Spider-Man'? If so, then you have COVID."

And Spider-Man isn't just responsible for omicron, according to Johnson's Biden.

Inflation? That's on Spider-Man. Democrats' struggle to pass a voting bill? Also Spider-Man. The possibility that Russia will invade Ukraine? "I mean, if that doesn't sound like a job for Spider-Man, then I don't know what is," Johnson's Biden said.

Johnson's Biden then launched into a theory about multiple universes – a key plot point in "Spider-Man: No Way Home." When asked about the validity of this theory, the president gave a quip that earned applause from the studio audience: "Doesn't that make more sense than whatever the hell our current world is?"