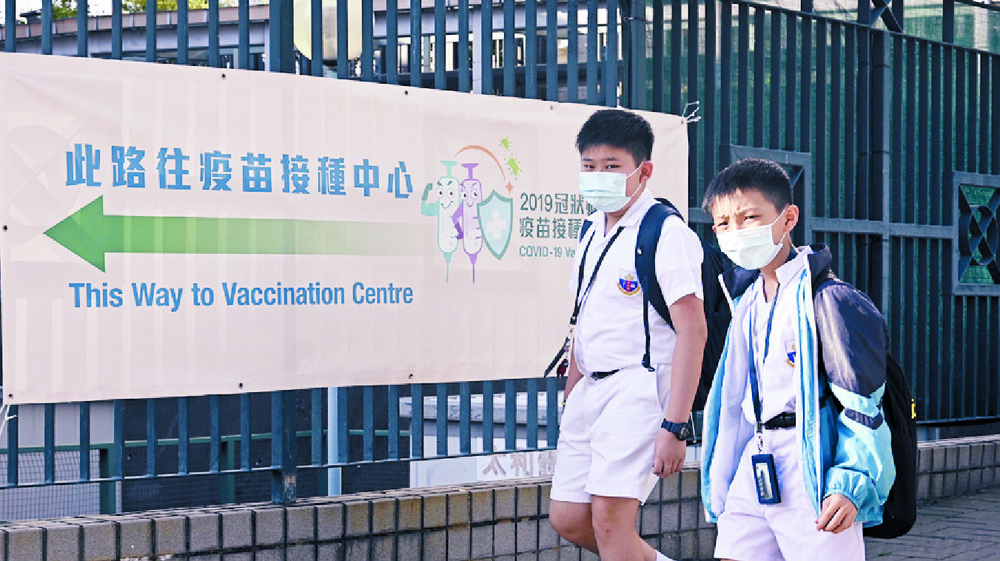 Children as young as six years old should be allowed to take the mainland-made Sinovac vaccine, the head of the government's vaccine advisor body proposed.

The chairman of the Scientific Committee on Vaccine Preventable Diseases, Lau Yu-lung, said yesterday he could not see why the government has to wait longer to lower the age limit for Sinovac jabs.

Children as young as three years old can get vaccinated in the mainland.

Nearly 62 percent of Hong Kong youngsters aged 12 to 19 have received their first jab of both vaccines, but pediatrician Lau from the University of Hong Kong said the vaccination rate among teenagers has reached a bottleneck and it could go up to at least 80 percent if the age limit of the Sinovac vaccine is lowered.

He added that the efficacy of Sinovac is "unquestionable," as hundreds of millions around the world have received Sinovac jabs, including children and teenagers.

According to the World Health Organization, Sinovac jabs have 51 percent efficacy against Covid-19.

"We have administered Sinovac jabs to more than 100 youngsters in the Ap Lei Chau vaccination center and found that the antibodies they developed are not weaker, and sometimes even stronger, than their parents," Lau said.

Lau also said that officials told him the government would talk to its lawyers about the administration's legal responsibilities regarding vaccinating teenagers.

A survey conducted by the HKU's pediatrics department showed that 30 to 40 percent of secondary students would like to get the Sinovac jab, Lau said.

"Many students who opted for Sinovac jabs in the Ap Lei Chau vaccination center asked if their classmates can also receive the Sinovac jab. When I told them the program was full, they were really disappointed," Lau said.

Authorities could not respond to the demands of students quickly because "we have been too careful, and the [vetting] procedures are too rigid."

Lau said the Department of Health's science committee will discuss lowering the age limit, as well as whether people will need to take a booster shot at next Wednesday's meeting.