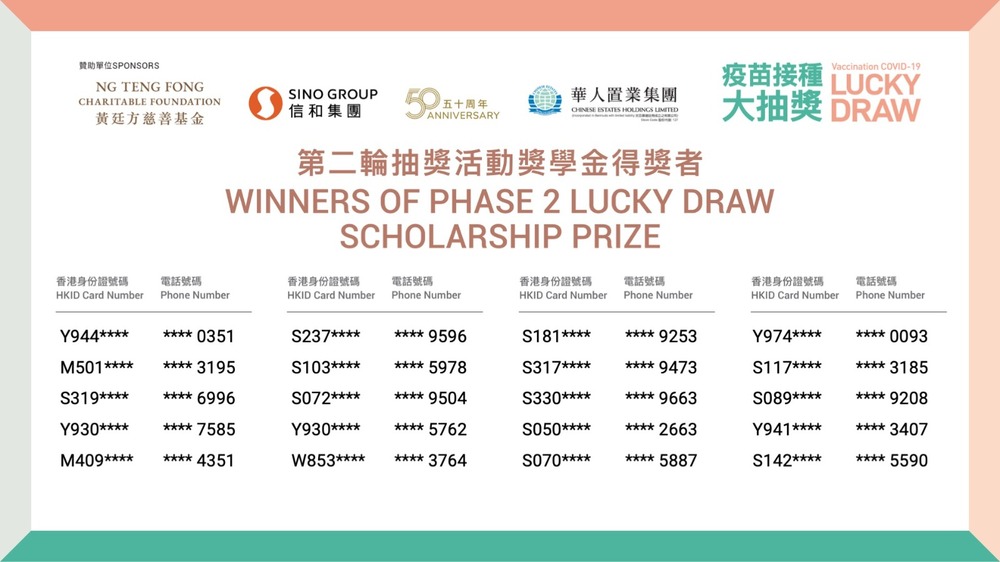 Sino Group on Thursday announced 20 student winners of the second phase of its lucky draw, which offers a HK$200,000 scholarship to each of them.

The 20 winners are students aged 12 to 17 who had received two doses of Covid-19 vaccine. They will be notified individually via telephone and SMS to the mobile phone number given at registration.

The sponsor, Ng Teng Fong Charitable Foundation, who are under Sino Group, hoped boosting the vaccination rate of students can allow them to return to school as soon as possible in a safe and healthy environment.

Sino Group has proposed to offer one more flat to public in its lucky draw if the city reaches a vaccination target.

If at least five million Hongkongers have received one dose of a vaccine before November 30, the developer will offer a HK$12 million one-bedroom apartment at Grand Central in Kwun Tong, with an area of about 468 square feet.

According to statistics released by government, a total of 4.5 million people have received at least one dose of Covid-19 vaccine as of Wednesday.

Try your luck and register for the Sino Group lucky draw if you think the target will be met.

“As I've gotten older, work is definitely [still] really important, but I think I've started to see it less as my identity.” 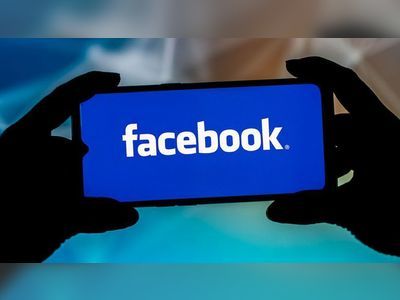 Facebook has denied allegations that its algorithms only remove a small number of posts containing hate speech. 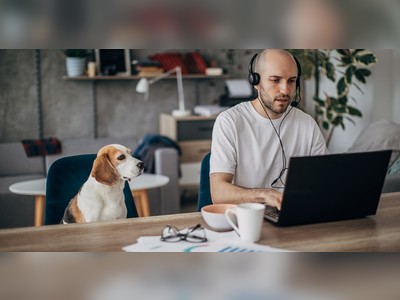 The Czech capital ranked higher than the likes of New York, Hong Kong and Madrid in an in-depth study of remote working conditions.
×