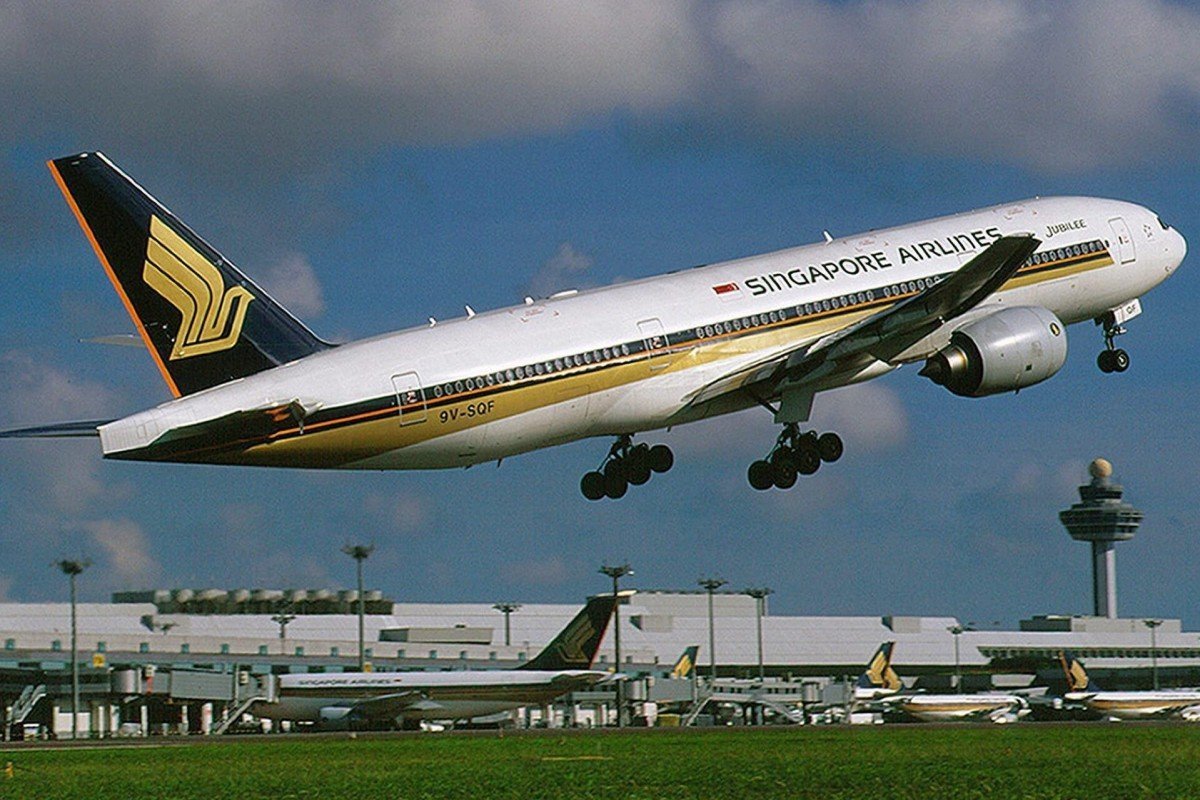 The airline will not use the A380, which can seat 441 passengers, as both the Singapore and Hong Kong governments are taking a conservative approach on the initial number of travellers not required to serve quarantine.

Singapore Airlines will not use its largest aircraft for the imminent Singapore-Hong Kong travel bubble as both governments are taking a conservative approach to the number of travellers that can enter both cities without having to serve quarantine.

Instead of using the Airbus A380 which can seat 441 passengers, Singapore’s national carrier will use smaller aircraft, it said at a briefing on Monday with reporters and analysts.

“There is some level of conservatism … [so] I think the ability to put our biggest passenger aircraft onto that bubble route, I think you can ensure that will not be the case,” said Singapore Airlines’ executive vice-president of commercial Lee Lik Hsin. “We’ll be using one of our smaller aircraft.” 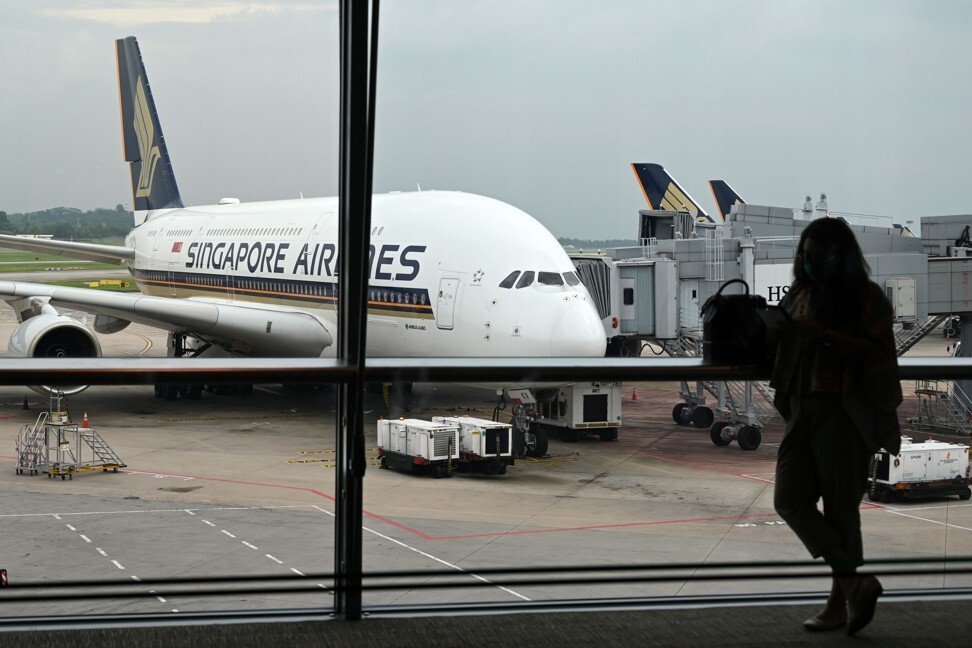 The Airbus A380 plane won’t be used in the travel bubble.

CEO Goh Choon Phong said that while this was due to the travel bubble “being experimental”, he hoped it could be “a very good pilot” for how to safely resume international travel.

The briefing was held three days after Singapore Airlines released its FY20/21 first half results, when it posted a net loss of S$3.5 billion (US$2.6 billion).
A bulk of the losses were attributed to dipping passenger revenues – which accounted for an operating loss of S$6.65 billion – as the coronavirus pandemic
saw global air travel grind to a halt. Since April, Singapore Airlines’ capacity has dipped to under 10 per cent of pre-Covid levels. Unlike other airlines, the national carrier does not have access to a domestic market.

To strengthen its financial position, Singapore Airlines has raised its liquidity by S$11.3 billion since the start of the financial year. This includes the S$8.8 billion raised from shareholders through a rights issue in May.

Goh said he was confident the airline had “strong liquidity” to weather the crisis. “I believe few will disagree that liquidity is today one of the most important survival factors for businesses, and especially for airlines … we believe that we have one of the strongest, if not the strongest liquidity position among airlines.”

The CEO added the airline was looking at more sources of raising liquidity and was at an advanced stage of discussions on sale-and-leaseback transactions. It was also looking to tap on the debt capital market.

When asked about how long he thought the current liquidity would last, Goh said it was hard to do “any meaningful projection” given the multiple variables.

Capacity-wise, the airline expects to resume more flight routes by December to reach 16 per cent of pre-Covid capacity. This includes flights to Hong Kong under the travel bubble arrangement, which Goh said would soon be finalised.

Goh said new Covid-19 tests and improved testing protocols would stimulate the market, but “there are also possibilities of a resurgence of a second wave, a third wave” so the airline would have to be “very nimble and flexible”.

“We believe that [the bubble] would serve as a very good pilot and example of how we can open up travel in a safe manner for everyone,” he said, adding that more advances in testing regimes could “further ease” travel in the future.

Hong Kong’s commerce minister Edward Yau Tang-wah had earlier this month said he was hopeful that travellers between the two cities would be able to start flying without quarantine restrictions by the end of November.

Then, he said there would be at least one flight between the two cities every day and that travel agencies could start selling tickets by the middle of the month.

Cathay Pacific CEO Augustus Tang Kin-wing told lawmakers at a legislative committee on Monday that its air travel bubble fares “will be reasonable”. The airline’s management repeatedly refused to answer whether passengers who made speculative bookings before official bubble flights would have tickets transferred to the quarantine-free flights.

Separately, research by travel analytics firm ForwardKeys showed bookings for the 17th busiest international air route in the world jumped to 30 per cent of pre-crisis levels from the same time last year a week after the announcement on October 15. Flight searches climbed to 50 per cent of 2019 levels.

Early data suggests Hong Kong will benefit from the bubble with demand being three times higher from Singapore compared with the keenness to visit the city state, according to ForwardKeys.

“There is a significant increase in searches being done and there was an increase in flight tickets sold,” said Jameson Wong, ForwardKeys Asia Pacific director. 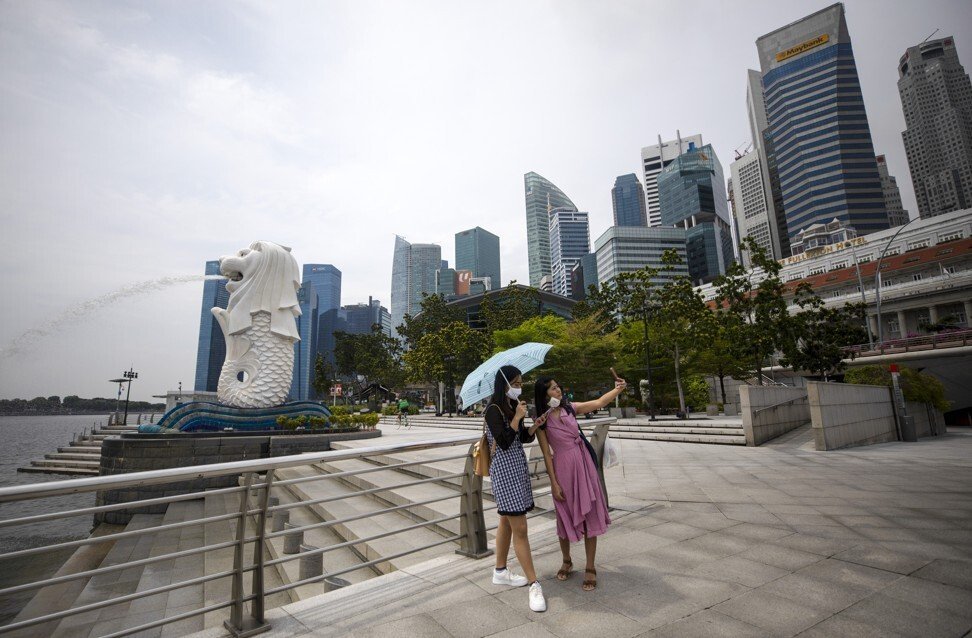 Travel demand from Singapore is higher than from Hong Kong, early data suggests.

The speculative flight bookings and efforts to secure flights at the cheapest possible price – ahead of travel bubble flights being confirmed – could prove problematic with both cities yet to unveil the quota to manage the number of quarantine-free travellers.

Hong Kong has indicated the quota could be limited to one flight a day.

“All these tickets that were sold in the weeks after the announcement have been for travel between the 18th and 25th [of December], so it’s likely the demand has already outweighed the supply, and the un-materialised demand will definitely outstrip supply,” Wong said.