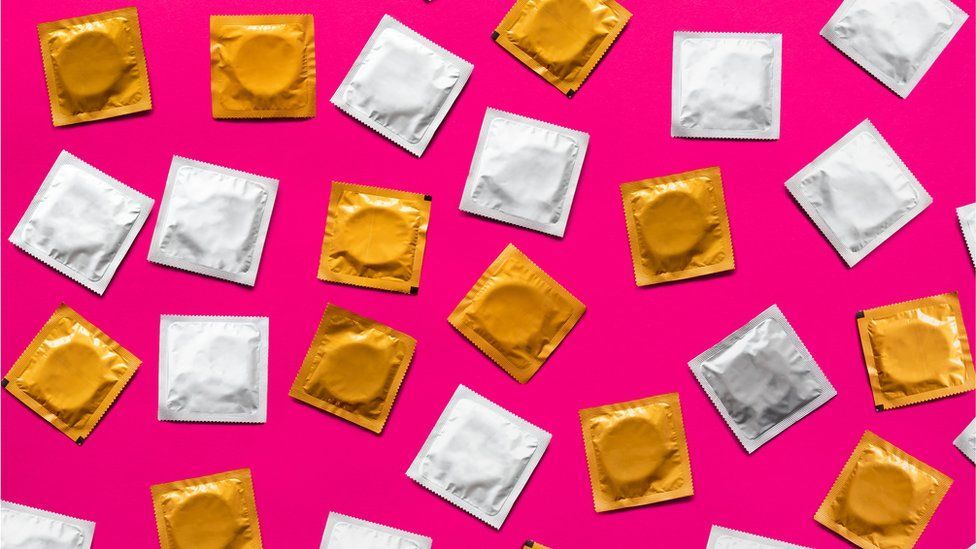 Cases of newly diagnosed sexually transmitted infections (STIs) are down by a third in England, data reveals.

Experts say the drop is partly due to people changing their behaviour during the pandemic but also because fewer tests have been done.

With few Covid restrictions remaining, people are now being warned not to swap social distancing for an STI - and to get checked if they have risky sex.

STIs may be symptomless but can be avoided by using condoms.

But cases of chlamydia and gonorrhoea - which can be diagnosed with self-sampling kits - were also down.

As in recent years, the highest rates of new STIs were recorded among people who were:

Debbie Laycock, from the Terrence Higgins Trust, said the drop in new cases was good news but rates could creep up again.

"That means it's as important as ever to regularly test for STIs if you're having sex and for everyone to know that sexual-health services are open for business - both face-to-face and online."

Public Health England sexually transmitted infections section head Dr Katy Sinka said: "If you are having sex with new or casual partners, use a condom and get tested - STIs can pose serious consequences to your own health and that of your current or future sexual partners."