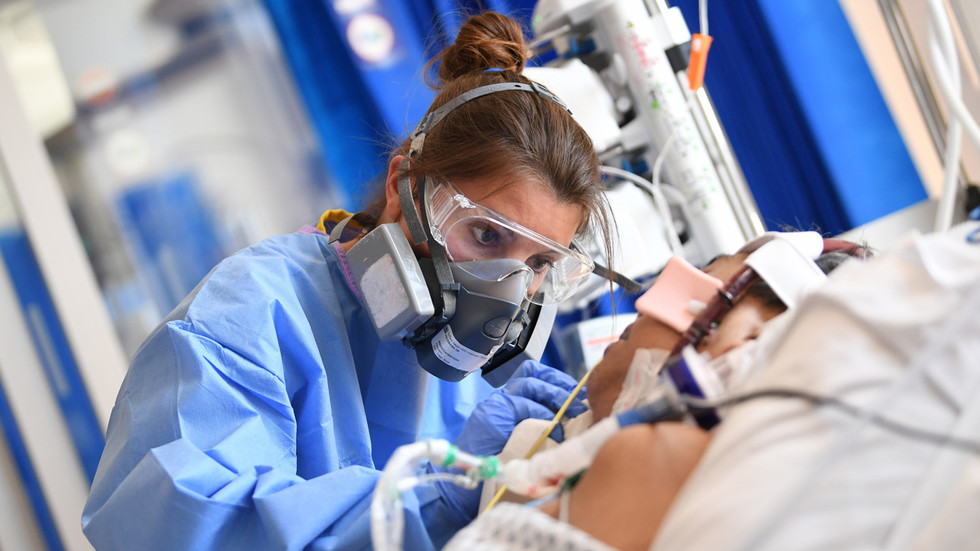 The UK government’s chief scientific adviser, Sir Patrick Vallance, has warned that immunity against coronavirus doesn’t last forever, adding that there could be tens of thousands of new cases each day if the virus goes unchecked.

In a press briefing on Monday, Vallance said that less than eight percent of the UK population have antibodies that shield them from the disease, making the “vast majority” of people “susceptible” to the virus. He stated that city populations likely had a higher percentage of people with antibodies, putting the number at around 17 percent in London. However, even if the numbers were higher, there is no “absolute protection” against the disease because antibodies disappear over time.

Chief Medical Officer Professor Chris Whitty, who also spoke at the briefing, warned that the National Health Service (NHS) would have fewer resources to treat non-Covid patients if the virus continues to spread and overwhelms the healthcare system.

Vallance showed a graph that projected around 49,000 Covid-19 cases each day by mid-October if the transmission follows current trends. He said that the rise in cases could lead to 200 deaths per day by mid-November.

The UK has reported 3,899 new cases over the past 24 hours, as well as 18 deaths. Although the number of new cases has risen in recent weeks, fatalities have remained relatively low.

UK Health Secretary Matt Hancock claimed on Friday that the number of hospitalizations for coronavirus has doubled every eight days, but this figure has come under considerable scrutiny.

Journalist Peter Hitchens noted in his latest Mail on Sunday column that hospital admissions for the disease remain extremely low compared to March, and that there was no “established pattern” supporting the government’s claim.

He accused Hancock of “unscrupulous panic-mongering which would shame a banana republic.”

The briefing coincided with an open letter released by a group of UK medical professionals and academics, which argued that the “existing policy path” being used to combat Covid-19 was “inconsistent” with the actual risk posed by the disease.

A group of us across medicine, academia and other areas have come together and sent this letter to the PM and his team.

Professors Heneghan, Gupta and many others - a wide range of voices as this crisis affects everything.

We desperately need a rethink to find a better balance. pic.twitter.com/0jHqta3KYE

One of the letter’s signatories, Professor Karol Sikora, has been warning for months that the NHS has focused too much on coronavirus while neglecting routine cancer tests and treatment, potentially putting tens of thousands of lives needlessly at risk.