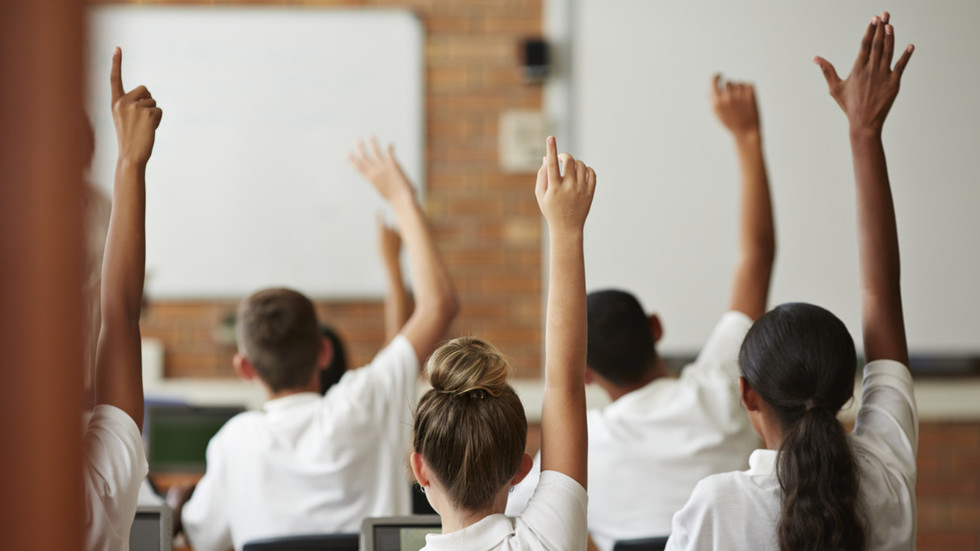 One state is paying black teachers more and giving them separate class rooms, while schools in another state are holding playground parties only for ‘families of color.’

Alpha News reported on December 21 that a Minnesota school board unanimously voted to pay black teachers and Native-American teachers more than their white colleagues on no basis other than color – not for merit or seniority or for taking on extra duties. They also voted to segregate staff into separate parts of the school based solely on color.

The story continued: “The board is chaired by Jodi Sapp, who previously came under fire for requiring concerned parents to dox themselves in order to comment on school matters. Under her leadership, the board voted to amend district policy so that non-white teachers only may receive ‘additional stipends’ to become mentors to other non-white colleagues. The new policy will also have the district ‘placing American Indian educators at sites with other American Indian educators and educators of color at sites with other educators of color.’”

The new meeting rules put in place by Sapp stated that parents or others speaking at board meetings may not identify board members by name or district staff members while speakers must identify themselves with their name and address, and must limit themselves to commenting only on agenda items.

When one man spoke without identifying himself, he was silenced until he consented and gave his address. At first, he gave only the name of the street he lived on, but Drill Sergeant Sapp told him that was not enough. The man said he was afraid to give the number because his home had been egg-bombed because of his opinions in the past.

Sapp instituted these new rules because people had said not very nice things about her at a previous meeting because they were not happy with her instituting the new policy. Apparently, she does not wish to be word-bombed at a meeting. Eggs later on the homes of her critics are apparently fine.

Alpha News continued: “Critics have pointed out that … the district’s new policies, which will have administrators placing teachers in work environments based on their race, looks a lot like segregation. Board members explained that this is not segregation.”

“When you’re one [minority in] … a [white] majority it can be very isolating and lonely. To have a support system in place for them is not to segregate them, it is absolutely to support them … It’s not about trying to throw the few [BIPOC] individuals we have into one building. It’s about showing them they aren’t alone.”

BIPOC is a new acronym that came about in 2020 during the Black Lives Matter protests and riots for “Black and Indigenous People of Color.” In other words, Blacks and Indians – the only kind of people of color indigenous to the US. So, the new privileges and pay do not exist for other peoples of color, especially not if they are of the evil white color.

“The United States was founded on the enslavement of Black people and the genocide of Indigenous people, so the term ‘BIPOC’ centers these two historic events as endemic to the history and founding of our country. To that end, BIPOC intentionally separates the terms ‘Black,’ ‘Indigenous,’ and ‘people of color.’"

Mankato, Minnesota, is only instituting such policy; they didn’t create it on their own. They got it from Minnesota statute 122A.70, which dictates that “school districts must develop teacher mentoring programs” and that districts may offer “additional stipends as incentives to mentors of color or [those] who are American Indian.”

Board members hotly defended their vote to step in line with the state’s post-BLM mandate and to offer the optional extra race-based stipends. Vice Chair Kenneth Reid, pardon me for naming a board member against board rules, defended the policy by saying, “It creates global citizens at the end of the day.”

How are they global if they are given separate rooms so they can form enclaves based on race? Is the Mankato School Board assuming Blacks and Indians are afraid of whites and other people of color so need a special place to inhabit where they can feel safe? How is it global if entire races are not allowed in that space?

He might as well have said, “We’re creating a universal space as citizens of one world for everyone, excluding whites and people of color who are not American Indians or Blacks.”

One can see why the board barred people from speaking off the topics on the agenda since the hotly-disputed topic of segregation had already been voted on at a previous meeting and did not appear on this agenda. We wouldn’t want to talk about that.

Of course, if the teacher’s classes are grouped by color, their students will be, too. One must assume, if it is a non-white space and is limited to only blacks and indigenous people of color that kids from those broader palates will not be allowed in those spaces any more than adults.

A few comments on social media followed, such as:

Of course, Minnesota was the only state in the US that voted in 1984 for Walter Mondale to become president, so what can you expect? So, Mankato School District is now an equal opportunity employer with more opportunities to make income for some than for others. Got it.

It’s a race to the bottom

Leading the way in developing new opportunities for being “separate but equal” where some are just “more equal than others,” a Colorado elementary school decided to establish a “Families of Color Playground Night” so that designated colors of people could play without fear of whites being around them or without having to talk to them, or so they could, at least, talk about those things they wouldn’t want to talk about while around whites.

Centennial Elementary School, part of the Denver Public School (DPS) system, decided in October to establish the second Wednesday of each month for…

“The DPS also stepped in to defend Centennial, saying that this event was prompted by ‘a specific request from families to create a space of belonging’ and was not meant to create division.”

That is reassuring – a space for belonging so long as you are a person of color. But this is not divisive? Not to be a problem-causer or a rascal, I wonder if white mums or dads with half black/half white kids can go there to be a part of their family, or would they be ordered out? Fortunately, that didn’t happen because the event got postponed due to reinstated Covid protocols.

While this appears illegal under Colorado’s constitution – "nor shall any distinction or classification of pupils be made on account of race or color” – perhaps there is no reason why people should obey their state constitutions. In the same way, perhaps there’s no reason why this would add conflict to an already deeply divided nation. Why not solve the divides by placing people by skin color in special classrooms and with special park nights? Then throw in some bonus pay just for being black or American Indian and potentially having life a little rough.

Of course, it would only be segregation if white people were establishing special playground times where their kids wouldn’t have to associate with black kids so that white parents in predominantly black neighborhoods could feel more comfortable supervising their kids among only their own kind and knowing their kids are only playing with their own kind.

As one preceptive tweet put it: "If civil rights activists of the 1950s popped out of a time machine today, and saw all this stuff, they would infer that their movement had failed."

Isn’t there a pejorative presumption here by predominantly white school boards that people of color are more cowardly around white people than whites are when surrounded by people of color so that schools need to create safe zones exclusively for the people of the right color? I suppose this is just the natural extension of crying rooms in colleges for the snowflakes. I wonder if they will install special drinking fountains for children of color, too.

What will schools think of next? Removing math requirements to help people of color on the basis that math is racist? Oh, wait, hang on … that’s already happened.