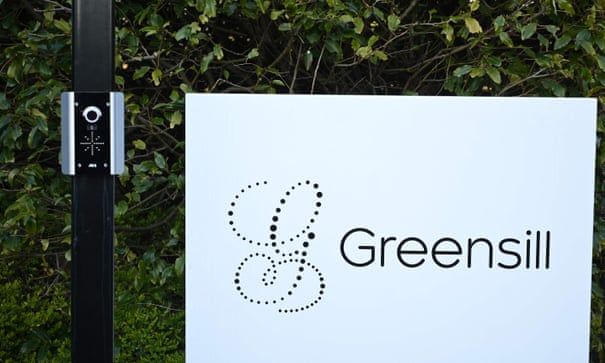 A second Cabinet Office adviser was hired by Greensill Capital while working for the civil service, raising further questions over revolving doors between the government and the scandal-hit firm.

Former Morgan Stanley banker David Brierwood was brought into the heart of government during David Cameron’s administration in 2014, the same year Greensill’s founder Lex Greensill apparently took on a similar role. Two months later, Brierwood was recruited to join Greensill Capital’s board as a director.

Brierwood remained a Greensill director throughout the rest of his Whitehall appointment, which lasted more than three and a half years, according to his LinkedIn profile, which also showed that he resigned from the supply chain finance firm in February this year.

On Tuesday it emerged that the government’s chief commercial officer, Bill Crothers, had joined Greensill while remaining a civil servant – in a move sanctioned by the Cabinet Office. The revelation prompted alarm within No 10 over the growing scandal.

It came as Downing Street started to lose control of its grip on the response to the saga. Three select committees announced probes into the scheme, which is likely to mean cabinet ministers such as the chancellor, Rishi Sunak, and health secretary, Matt Hancock, will be asked to give public evidence.

Brierwood, who advised on government procurement and its management of suppliers, was part of a new breed of “crown representatives” within the Cabinet Office – management consultants and corporate experts meant to help the government liaise with the private sector and identify ways to save money.

Within months of joining the Cabinet Office in October 2014, he was recruited to join Greensill Capital’s board as a director.

He was one of a string of former officials and paid representatives in the Cabinet Office and wider government – including former primer minister David Cameron, former home secretary David Blunkett, former homelessness tsar Dame Louise Casey and Crothers – that Greensill targeted for hire. There is no suggestion of wrongdoing by Greensill’s hires.

Nick Davies, programme director at the Institute for Government, said the revelation about Brierwood raised further questions about the inadequacy of impartiality rules at the heart of government.

“Crown representatives play an important role managing the relationship between government and key suppliers,” he said.

“Whether or not individuals breached the rules, Greensill clearly thought it would benefit from hiring a network of people with senior positions in the Cabinet Office.

“The inadequacy of current rules means that we can’t be sure whether government decisions have been shaped through private channels by those with a financial interest in the outcome.”

“We’ve been saying Tory sleaze is back, but in many ways it seems it never really went away,” she said.

“Revelations like this keep growing the web of the Greensill scandal, and show us how much the Conservatives have weakened the measures meant to keep cronyism and conflicts of interest in government in check.”

Crown representatives, which can be part-time roles, work within the Cabinet Office and take charge of the relationship with large suppliers across government, to act as a single point of contact for the whole of government.

Unlike full-time civil servants, they are more likely to have other roles in the private sector. Lex Greensill was described as a crown representative, though that title has raised eyebrows in Whitehall. “It is not the kind of job you can combine while running your own major international company,” one source said.

A Cabinet Office spokesperson said: “Crown representatives do not participate in the procurement process nor are they able to award any contracts.

“They are part-time senior executives recruited for their working knowledge of a sector to help ensure value for money for the taxpayer.

The revelation came as the business appointments watchdog said that Crothers had breached rules by failing to declare a trustee role he took up within a year of leaving office.

On Thursday, Lord Pickles, chair of the Advisory Committee on Business Appointments (Acoba), wrote to Cabinet Officer minster Michael Gove to say that Crothers had broken rules that require ministers and ex-civil servants to declare any paid or unpaid role taken within two years of leaving office.

Crothers worked in Whitehall for eight years, including as the government’s chief commercial officer overseeing £40bn of annual government spending.

It emerged on Tuesday that he started advising Greensill two months before he left the civil service in November 2015, with approval from the Cabinet Office. He became a Greensill board member in August 2016 and accrued a shareholding estimated to be worth $8m (£5.8m) in 2019.

Crothers became an unpaid trustee of the industry body, the Chartered Institute of Procurement and Supply, in November 2016 but did not inform Acoba at the time.

In a letter informing Acoba of the breach, Crothers said: “I am afraid that when appointed, I did not think that Acoba approval was required due to it not being a not-for-profit charity and an unpaid trustee role. I am sorry for this honest mistake.”

Crothers separately contested that he had misled Acoba when it was asked to issue advice on plans to launch his independent consultancy firm, Commercial Common Sense, nearly a year after it was incorporated in September 2015. He said all the business conducted over that year was linked to invoices that had already been approved. The Guardian has attempted to contact Brierwood.

On Thursday, Downing Street was forced to defend the Conservative peer Francis Maude, who is implementing changes in Whitehall for Boris Johnson.

Maude, who runs his own consulting firm – which he set up with Johnson’s deputy chief of staff, Simone Finn – recruited Crothers to the Cabinet Office during the Cameron administration and contracted him to work for his firm, Francis Maude Associates, after leaving office.

Downing Street rebuffed calls for Maude to step back from his role in the Cabinet Office while an independent inquiry into the lobbying scandal, chaired by the corporate lawyer Nigel Boardman, is carried out.

“This is an individual who brings a huge amount of relevant experience to this role,” Johnson’s spokesperson said.

No 10 had hoped to contain the response to the growing scandal by launching the Boardman inquiry where evidence can be given in private, though Johnson said it would have “carte blanche” to recommend changes.

But mounting pressure meant three select committees of MPs announced plans to carry out their own probe. The public administration and constitutional affairs committee formally announced on Thursday morning it would conduct a full inquiry into lobbying rules.

The Treasury select committee said it would look at the appropriateness of Sunak and Treasury officials’ responses to Cameron’s lobbying efforts and regulatory lessons from the collapse of Greensill Capital last month.

On Thursday, the public accounts committee, chaired by Labour MP Meg Hillier, announced it would launch an inquiry into supply chain financing and Covid corporate financing facilities – the fund to which Cameron hoped to gain access on behalf of Greensill. The former prime minister will be invited to give evidence.