Nicola Sturgeon has launched a fresh campaign for Scottish independence.

Scotland's first minister says she "stands ready" to negotiate with PM Boris Johnson over the issue.

So is another referendum now inevitable?

Yes, in September 2014, when Scottish voters were given the choice of staying in the UK or becoming an independent country.

Why is independence back in the spotlight now?

In truth, it has never really gone away.

Ms Sturgeon called for another referendum - "indyref2" - immediately after the UK as a whole voted to leave the EU in the 2016 Brexit referendum. Scottish voters backed remain by 62% by 38%.

Independence supporters argued that Scotland should take its future into its own hands, and no longer be tied to the UK and its Conservative government.

Ms Sturgeon put her initial post-Brexit demand for a referendum on hold after the SNP lost 21 seats in the 2017 general election. But she repeated the call in 2019, saying she wanted a vote within two years. 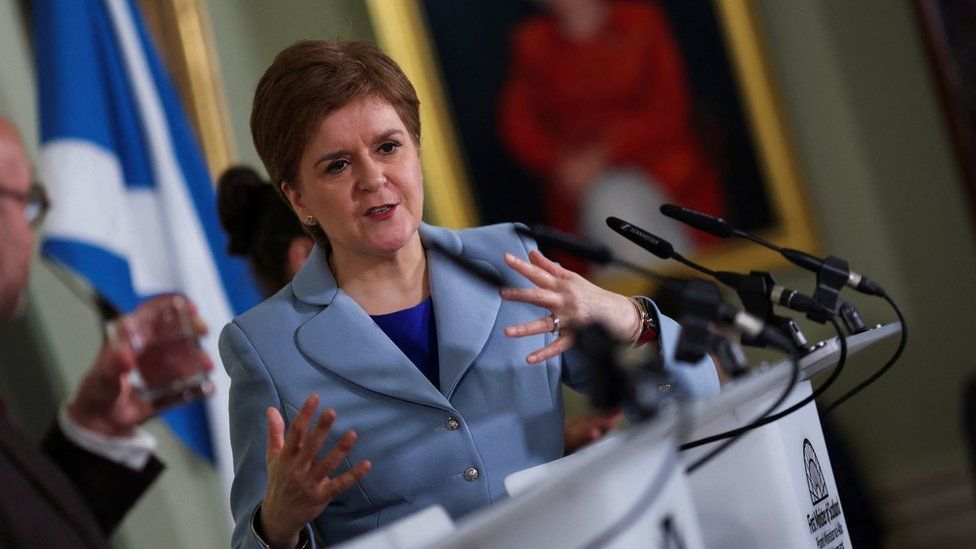 The campaign was reignited again last year, when the Scottish government published a draft bill on independence shortly before the Scottish Parliament election.

This was almost five years after it published a similar draft bill in October 2016 - with Ms Sturgeon this time saying she intended to hold indyref2 before the end of 2023.

The SNP currently has a pro-independence majority in the devolved parliament alongside the Scottish Greens. It argues that its electoral success - coupled with the Brexit vote - mean it has a "cast-iron mandate" to hold another referendum.

But the UK government has made clear it has no intention of granting formal consent for a referendum through what is known as a Section 30 order.

This was put in place ahead of the 2014 referendum. Many - but not all - experts believe such a mechanism would be needed again to ensure any vote is legal, although Ms Sturgeon has so far still not formally asked for one.

The UK government argues that the 2014 referendum was, in Ms Sturgeon's own words at the time, a once-in-a-generation opportunity.

Prime Minister Boris Johnson previously suggested that means another one shouldn't be held for about 40 years. 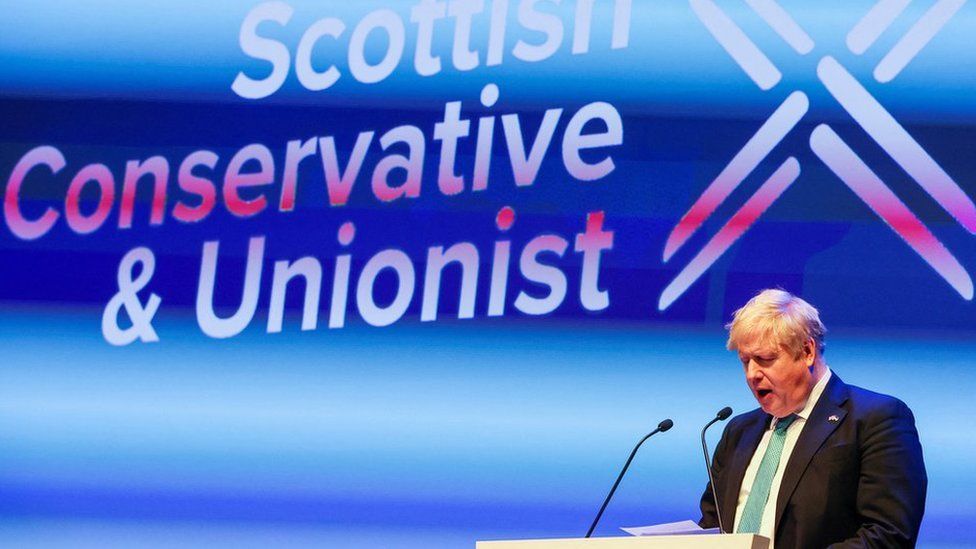 The UK government has accused the SNP of failing to give clear answers to key questions on issues like currency and pensions in an independent Scotland. It warns any attempt by Scotland to rejoin the EU would lead to a hard border between the two countries.

Ministers also say Ms Sturgeon and her government should be focusing on recovery from the Covid pandemic and improving public services like health and education.

So what is Ms Sturgeon's plan?

Ms Sturgeon had predicted that the UK government's hard-line opposition to indyref2 would have to soften if last year's elections produced another pro-independence majority in the Scottish Parliament.

However the Westminster government has not moved on the issue.

The first minister has now promised to set out the steps she will take to "forge a way forward, if necessary without a section 30 order", if its stance doesn't change.

Launching the first of a series of papers setting out the case to break away from the UK, she stressed that this must be done "in a lawful manner". This would appear to rule out Scotland following the example of Catalonia, which held a disputed referendum in 2017.

Many commentators believe Ms Sturgeon could introduce legislation to hold a referendum without the UK government's consent, with the courts ruling if she has the power to do so.

But even if judges were to find in the Scottish government's favour, opponents of independence could potentially boycott such a referendum.

Would Scots vote for independence?

According to polling expert Prof Sir John Curtice, the last half dozen polls have - on average - put support for independence at 48%, with 52% against, once "don't know" votes are excluded.

This suggests that the country hasn't seen the big surge in support for independence that Ms Sturgeon hoped for in the wake of Brexit, the Covid pandemic and Boris Johnson becoming prime minister.

But with such a slender lead in the polls, the pro-UK side cannot be confident of victory, and will be mindful of how support for independence increased before the last referendum.

However polling has also suggested that there are fewer undecided voters now than there were at the start of the last referendum campaign, so it may be harder for either side to win people over.