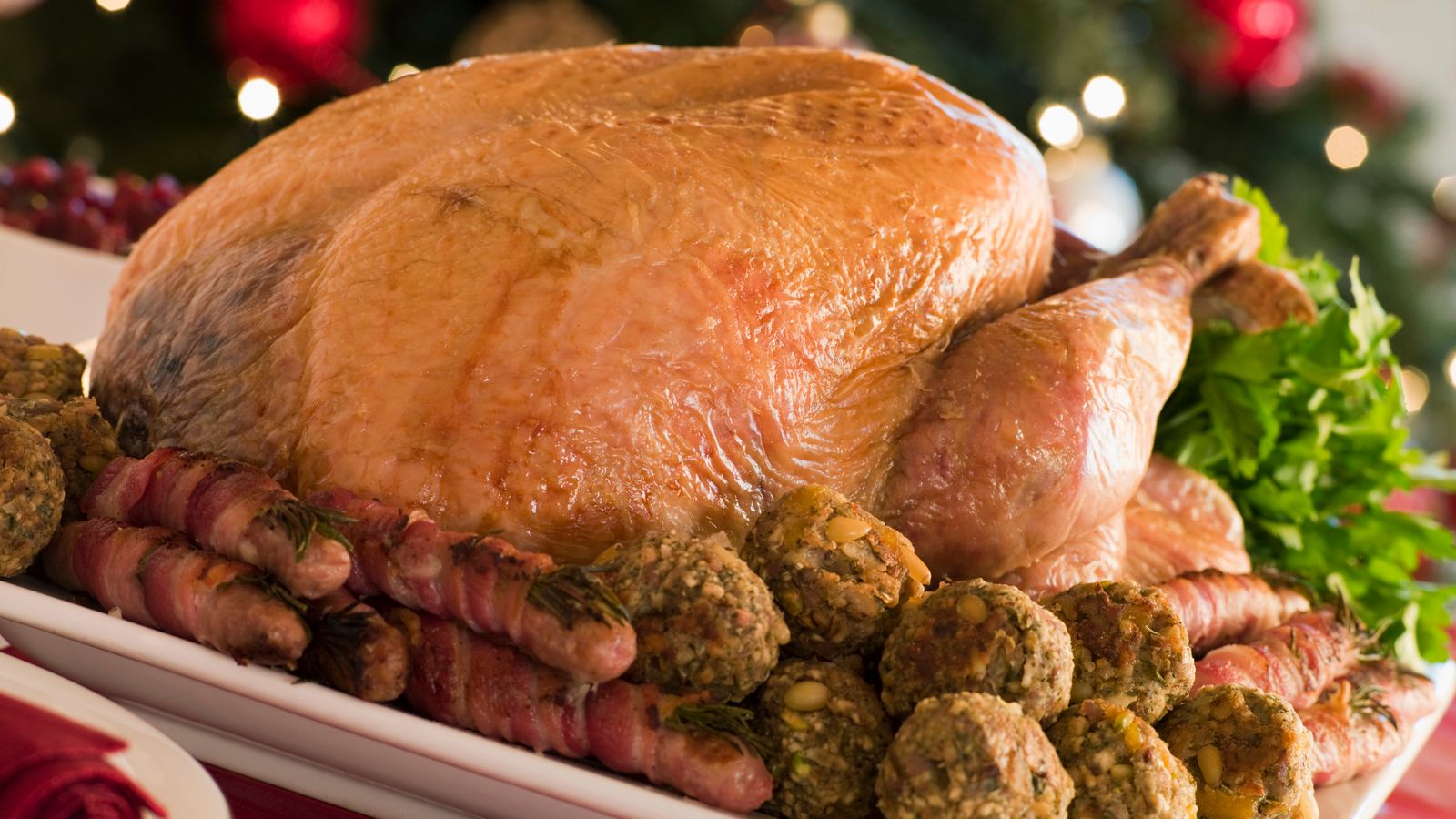 Industry leaders say the supply chain crisis has forced companies away from "piling high and selling cheap" and that while festive essentials will be available some of the "extras" that can also tempt shoppers will not.

Consumers can expect a "scaled-back" Christmas this year as retailers reduce the range of products available to cope with supply chain pressures, MPs have been told.

A lack of HGV drivers has strained supply chains and prompted fears of shortages on supermarket shelves this festive season.

Shane Brennan, chief executive of the Cold Chain Federation, told the Commons Transport Select Committee there was likely to be less choice as retailers cut range to ensure they can deliver core products.

"It's not about shortages, it's about simplifying, so having less range obviously is one of the key decisions you can make in trying to make supply chains more efficient," he said.

"And it's about reducing the amount of goods you're expected to put on the shelves and then working with the customer base to actually make that clear.

"We are very good at piling high and selling cheap at Christmas time.

"What we have to do is strategically scale that back in order to meet the promise that there will be the stuff you expect to see on the shelves, but not necessarily all the extras."

Elizabeth de Jong, director of policy at trade body Logistics UK, told the hearing: "As a society, even though we've had panic buying over petrol, I think we are getting more used to seeing fewer things on shelves and that being OK, and knowing it's coming."

Mr Brennan said his members, who provide temperature-controlled logistics to clients including the major supermarkets, said after acute problems in late summer retailers have adjusted to ensure they deliver for customers.

He said delivery times for fresh produce had extended from same-day to two or three days, and for frozen goods from two days to up to five.

"People have made decisions about what they think is achievable, and so we've got quite a significant scaling back in the amount of work we're trying to do, particularly around Christmas," he said.

"The food supply chain gears itself up to deliver at Christmas, and it's quite a lot (to be) scaling back at the ambition of that.

"It's about making those sorts of decisions. The knock-on effect of that is lost revenue, lost profitability. 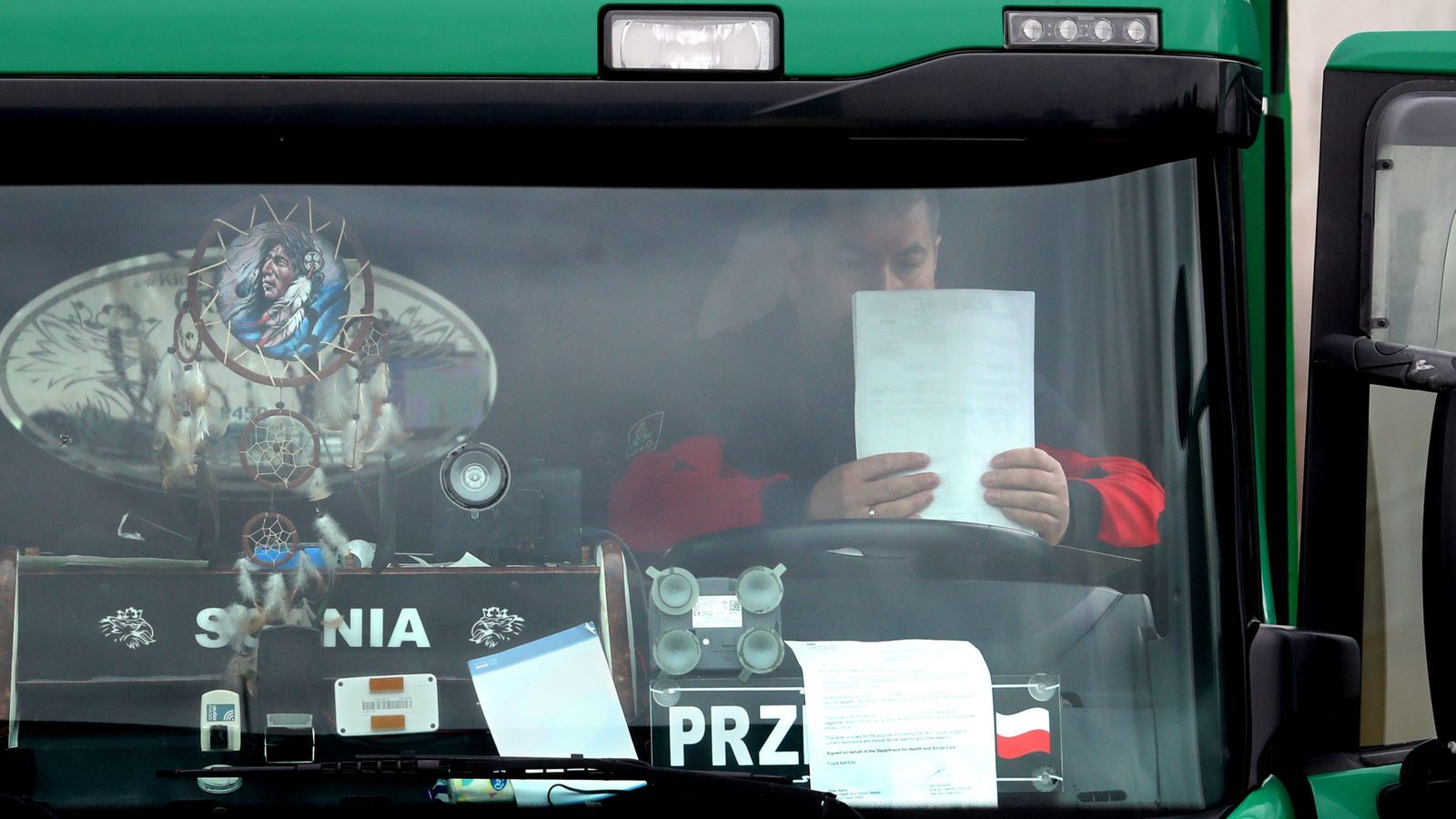 The committee was also told that the introduction of new Brexit border controls for European imports on 1 January and biometric testing for third-country travellers to the EU, due to begin next year, could cause problems.

The new border controls will require importers from the EU to pre-notify UK authorities of their loads and European hauliers to register their vehicles, both using new IT systems.

Both measures have been delayed from this year leaving EU-UK import procedures largely unchanged, while UK exporters to Europe have faced full customs controls since 1 January this year.

Ms de Jong said that if British drivers were required to leave their vehicles to take biometric tests, as is currently planned, there could be significant delays at the border.

She told the hearing that the sector is "adjusting to the new normal".

"We are a dependable sector who does their absolute utmost, and you've seen this throughout the whole of the COVID crisis. I think there is calmness," Ms de Jong added.