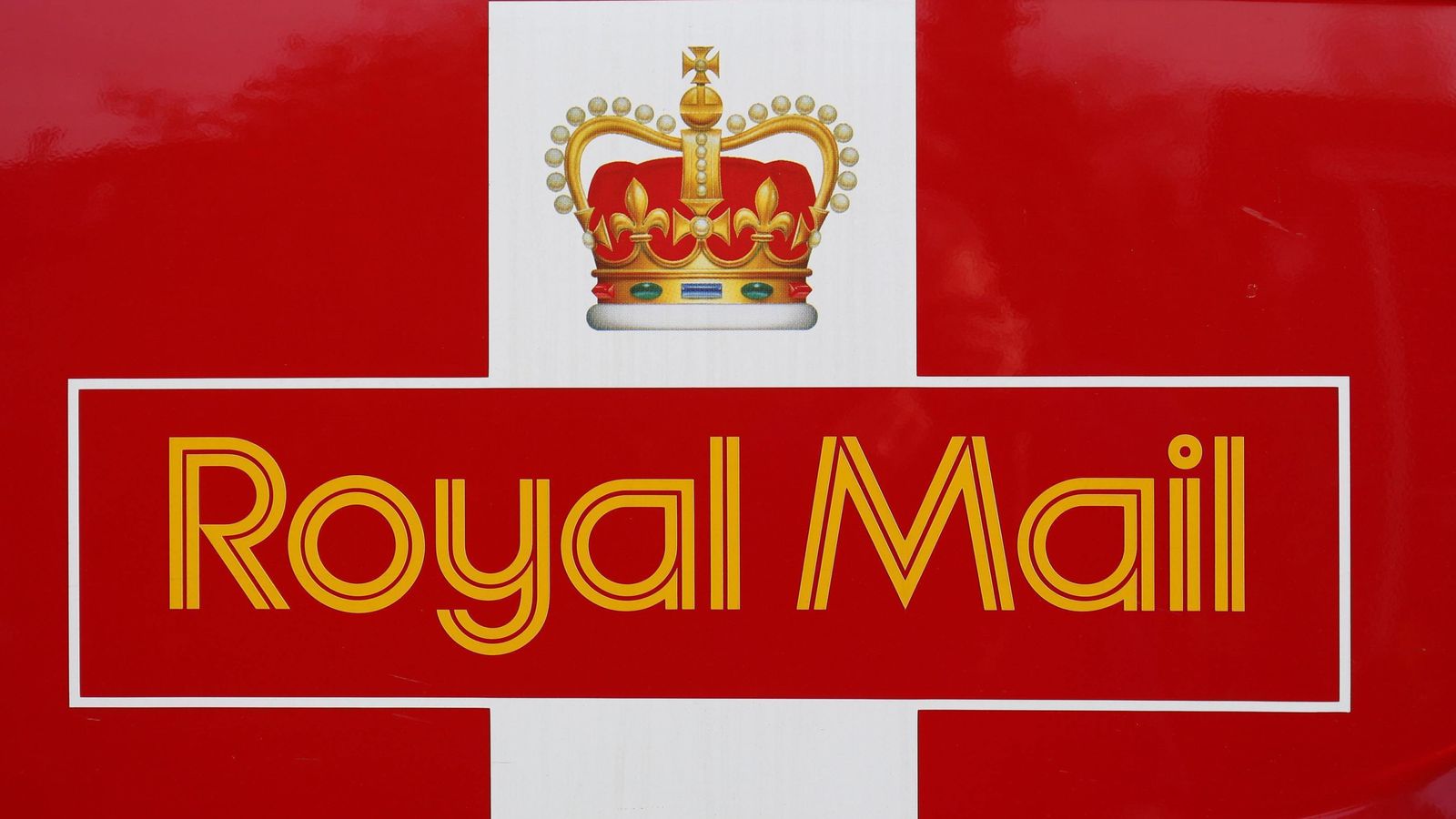 The company tells investors its decision to focus on a parcel-led future is paying off as shareholders, including staff, are set for a windfall on top of an interim dividend.

Royal Mail is to hand shareholders a £400m reward after its parcels business benefited from a surge of online orders during the coronavirus crisis.

The company announced a share buyback of £200m and £200m special dividend while revealing a leap in half-year group profits on the back of a 7% rise in revenue to just above £6bn.

Pre-tax earnings for the six months to 26 September came in at £315m compared to £17m in the same period last year. 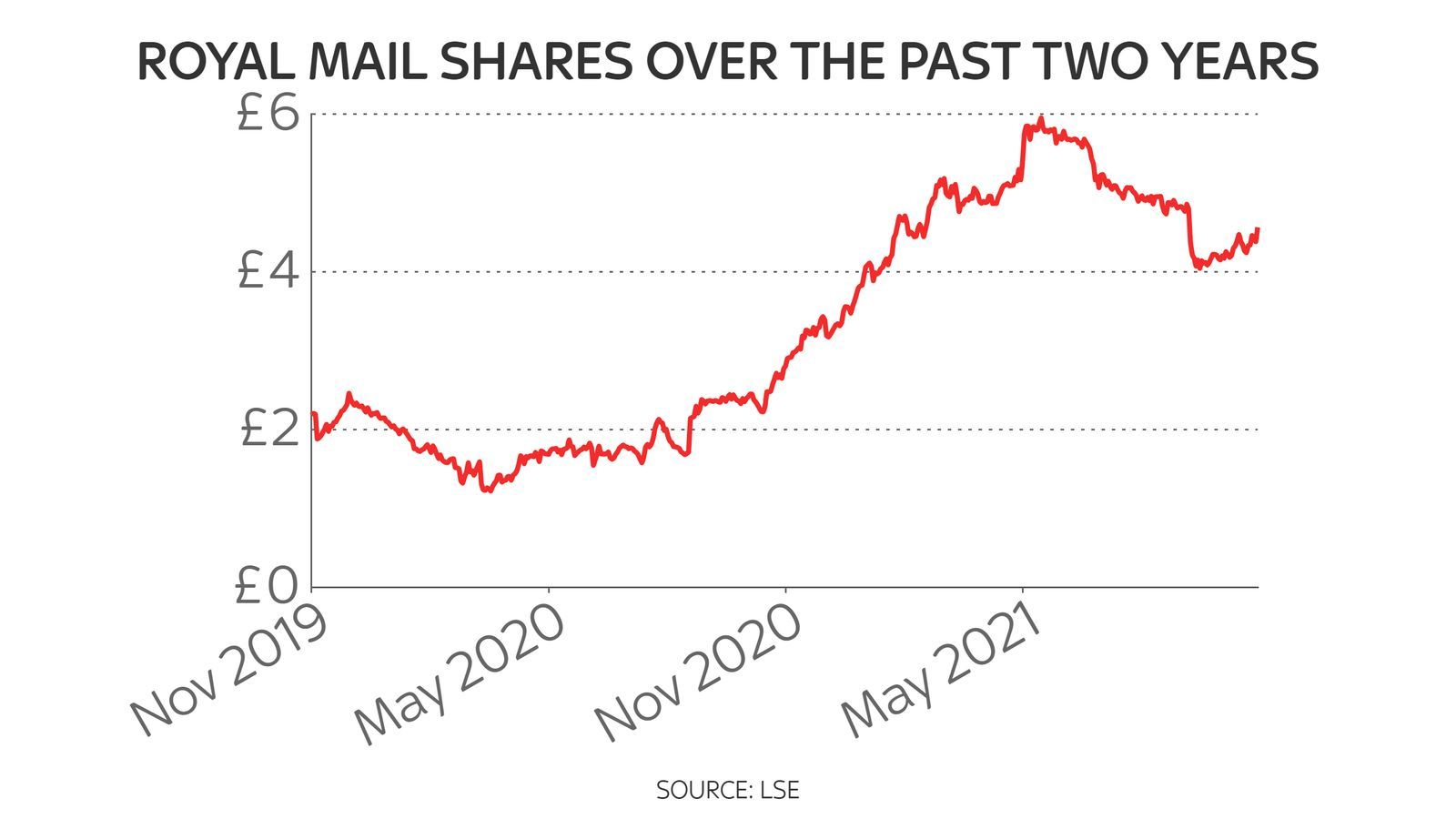 Its bottom line was also boosted by actions on costs, with £56m saved from a restructure of management alone as it continues to battle legacy systems and focus on greater use of technology.

Royal Mail, which has focused its growth on parcels amid a trend of declining letter volumes, said UK parcel volumes were up 33% on pre-pandemic levels.

Internationally, volumes took a 37% hit partly due to restricted air freight capacity - a result of the global supply woes that are hitting businesses more widely - but higher margins offset the decline, the company said.

Letters were 11% up in the period but remain down by almost a fifth on pre-COVID crisis levels.

Royal Mail also revealed that it now expected to be debt-free over the next two years.

It said that the £400m reward scheme followed a review of its retained cash balance and it believed it could fund its growth plans through existing revenue flows.

Royal Mail staff who still have stock after they were handed shares as part of the company's 2013 privatisation, will be among those to benefit.

The payments are on top of an interim dividend of 6.7 pence per share to be paid on 12 January. 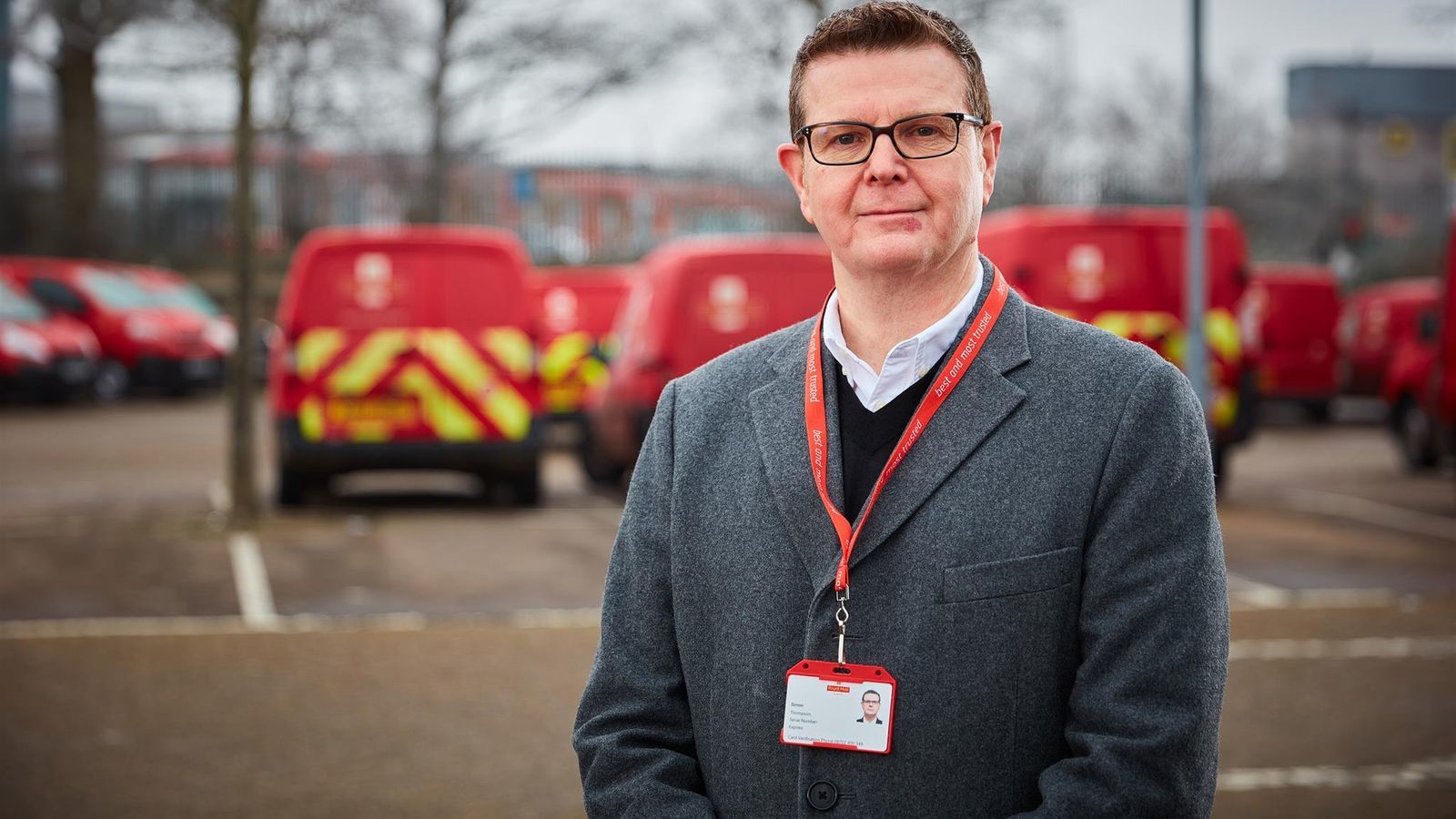 Simon Thompson is a former Ocado executive who also ran the NHS Test and Trace app.

"We're seeing the benefits of our programmes to reduce costs, and are developing our plans to address inflationary pressures which will impact next year and beyond."

He added: "The pandemic has resulted in a structural shift and accelerated the trends we have been seeing.

"This reaffirms that our strategy to rebalance our offering more towards parcels is the right one, and demonstrates the need to start defining what a sustainable Universal Service is for the future.

"I want to thank our teams for what we have delivered so far: it is an impressive start but there is still much more to do together."

Nicholas Hyett, equity analyst at Hargreaves Lansdown, said of the figures: "The pace of Royal Mail's turnaround has hugely impressed, leaving the group in very real danger of becoming an attractive business.

"It would be easy to put the current windfall down simply to the effect of the pandemic on parcel demand. And that has played a part. But ramping up facilities to cope with the extra demand is no small achievement, and a quick glance under the hood shows a business which is in far better shape than before the pandemic.