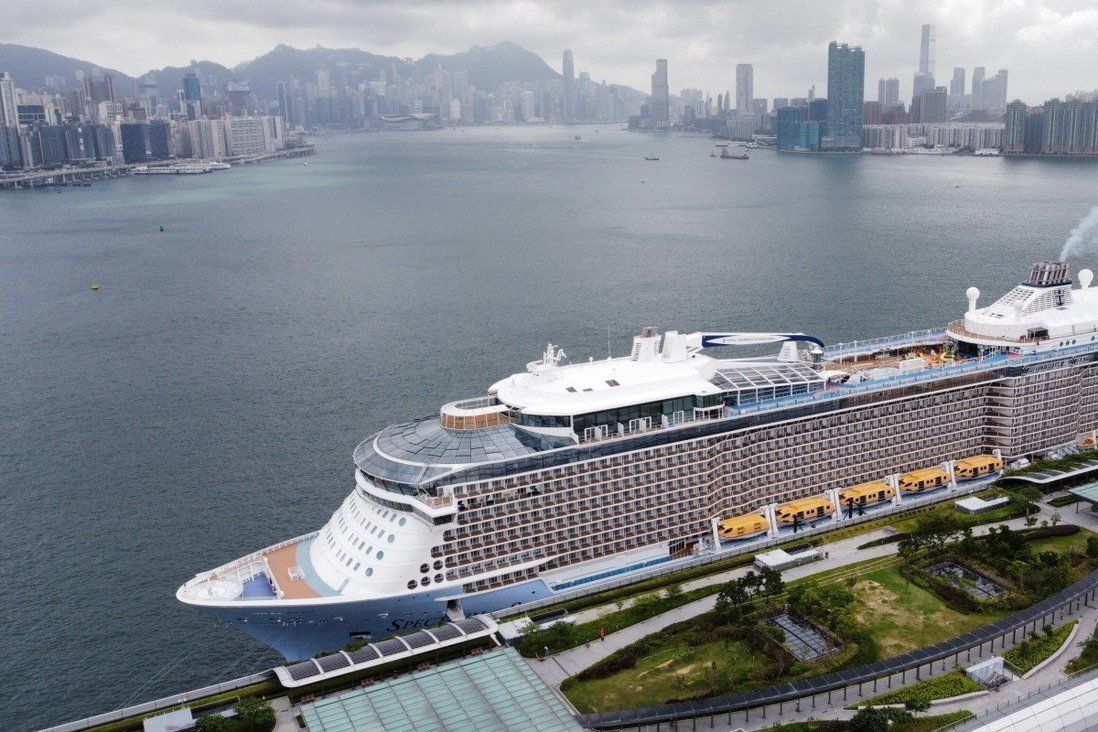 Spectrum of the Seas sets sail for first time in three weeks as government-imposed ban expires.

Royal Caribbean International resumed “cruises to nowhere” from Hong Kong on Thursday night, marking the end of a 21-day suspension imposed on the multinational operator over a crew member testing re-positive for the coronavirus.

A spokesman for the company said the “majority of affected guests” chose to rebook but he declined to comment on the total losses incurred from the cancellation of six voyages between October 22 and November 10.

With the ban now lapsed, Royal Caribbean’s Spectrum of the Seas set sail at 7pm for a three-night excursion into international waters with no port of call. The Hong Kong Cruise Society estimated that 1,300 people were on board.

Frederick Yip, executive director of travel agency Goldjoy Group, said about 60 per cent of affected passengers who were booked on the Spectrum of the Seas through its online platform for the subsequently cancelled services had decided to postpone their trips to a later date.

“Many of them actually chose to rebook their sailings for this week because they really want to get on the ship,” Yip said.

He said the other 40 per cent mainly chose to cancel their bookings and get a refund, suggesting it was difficult for many of them to secure time off work again for the journeys.

“Both the cruise line and travel agents had never really anticipated such a large volume of refunds over such a short period,’ Yip said.

He said customers as a whole were not spooked by the suspension, noting that many people saw it as an overreaction from the government, with sales holding up through travel agents offering discounts.

“Since the government announced earlier that international borders are not going to open any time soon, people really want to get on cruises to nowhere because it’s their only way [to have a travel experience],”he said.

Spectrum of the Seas suffered three strokes of bad luck during its attempts to sail from Hong Kong under the cruises to nowhere scheme. The initial launch was pushed back twice before its inaugural sailing on October 14 – only for the company to be slapped with the suspension the following week.

Local authorities cancelled the October 21 sailing at the last minute after a fully vaccinated crew member was found to test re-positive for the coronavirus just as some 1,200 passengers were boarding the vessel. The worker had previously tested positive in Malaysia in July.

Officials refused to lift the ban in response to appeals from the company, even after the ship’s 1,250 fully inoculated crew members all tested negative for the coronavirus twice in the 48 hours since the infection was detected.

Hong Kong has kept Covid-19 cases and related deaths to a minimum but has maintained stringent restrictions to align itself with mainland China’s zero-Covid approach, as part of the government’s push towards reopening the border with the rest of the country.

The city started allowing companies to operate cruises to nowhere from July after the embattled tourism sector lobbied for the scheme, under which ships must only operate at half capacity and are not allowed to stop at other destinations. Before then, cruises had not been running at all since February last year, when the coronavirus took hold in the city. 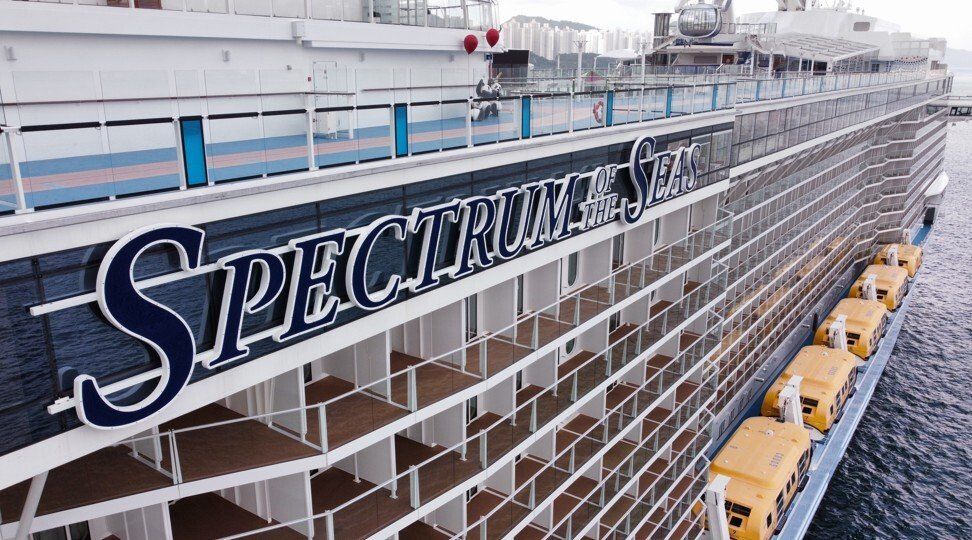 Spectrum of the Seas started cruising to nowhere just a week before the ban was imposed.

All crew members and passengers aged over 12 years must be fully vaccinated against Covid-19 and test negative for the virus before they embark, according to rules set by the Hong Kong government. Children who are ineligible for vaccination must test negative.

Elsewhere, the imposition of tough anti-contagion rules on cruise ships has not eliminated on-board infections.

According to a recent Centres for Disease Control and Prevention (CDC) report, a total of 1,359 coronavirus cases have been detected on US cruise voyages since June, despite ramped-up testing and controls.

Many of those were breakthrough infections among fully vaccinated people on board, according to the report which looked into data between June 26 and October 21 across several operating cruise vessels.

Royal Caribbean Group said in its latest financial results for the third quarter that the “Delta-dip caused a delay in our booking progress but did not alter the strong fundamental trajectory”.

The company reported an adjusted net loss of US$1.4 billion for the three months to the end of September, compounding the US$1.3 billion deficit recorded in the same quarter in 2020.

In the third quarter this year, the company reported revenues of US$457 million, with over 500,000 guests sailing across its five brands since the restart of operations this year. It expects to carry 1 million guests by the end of the year.