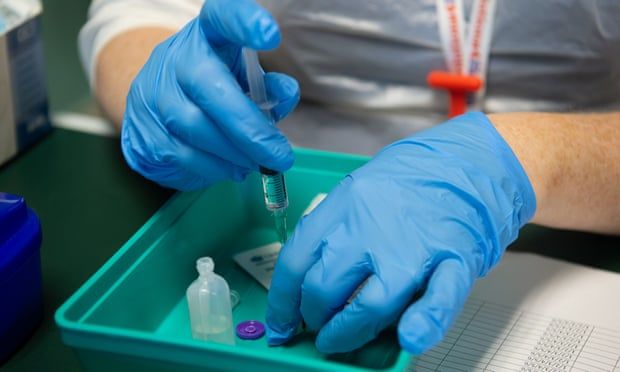 Rollout of third Covid jabs in England condemned as ‘shambolic’

A “shambolic” rollout of third Covid vaccinations has left an unknown number of immunocompromised people still without proper protection going into winter, and in other cases even given the wrong type of injection, a leading charity has said.

Blood Cancer UK said poor planning and confusing messaging meant “many thousands” of people with weakened immune systems might have missed out, leaving them at greater risk of serious consequences if they catch Covid.

In a lengthy statement, the charity said NHS England had repeatedly failed to acknowledge the problem, while Sajid Javid, the health secretary, incorrectly said more than six weeks ago that the “vast, vast majority” of eligible people had already been invited for a third jab.

People were still coming forward to say they were struggling to get a third dose, said Gemma Peters, the chief executive of Blood Cancer UK. “The rollout of the third doses has been shambolic, causing yet more anxiety for immunocompromised people.”

Third doses are separate to the wider programme of booster jabs, now being extended to adults aged 40 and above. Third injections are aimed at increasing the protection for people whose immune systems have been affected by conditions including blood cancer, with Covid vaccines likely to be less effective for them.

According to Blood Cancer UK, part of the confusion has been between booster and third doses. While the former are given six months after the second dose, third injections can be given after only eight weeks.

And while the dose for people given the Pfizer vaccine is the same for both types, with the Moderna vaccine, while booster jabs are a half dose, immunocompromised people are meant to be given a full dose for their third jab. The Oxford/AstraZeneca jab is not usually used for boosters or third vaccinations.

Blood Cancer UK said it had received numerous reports of health professionals not understanding the distinction and telling people with blood cancer they would have to wait six months. There were also reports about some immunocompromised people only being given a half dose of Moderna.

The charity said that soon after the rollout began, it received calls and emails from people saying some GPs and hospitals knew nothing about the third doses, while others knew but either did not think they had to invite people or did not know how to. 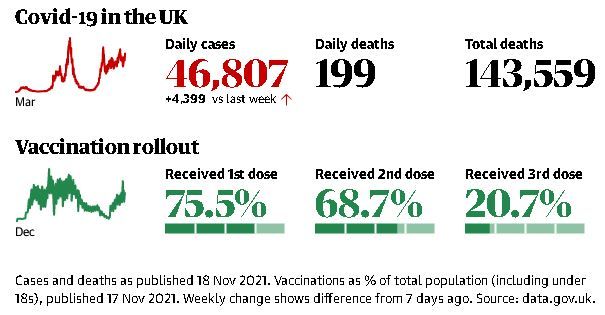 Even after the NHS wrote directly to eligible people, there remained sufficient confusion among doctors that the charity started to advise people to simply turn up to vaccination centres with a letter saying they had blood cancer.

While in recent weeks matters seemed to have notably improved, the charity said, it was concerned there were “likely to be many thousands of people who have already been told the wrong information, do not feel able to challenge their healthcare professional, or are unaware of the third dose programme, and so still have not had a third dose”.

With immunocompromised people expected to be offered a fourth dose soon, the charity said there was still “a serious problem of lack of accountability” within both NHS England and the health department, with a lack of clarity as to which was ultimately responsible for third jabs.

Peters said: “Ultimately, the chaotic rollout is a result of the government and the NHS leadership failing to learn from the mistakes they have made in supporting people with health conditions at the start of the pandemic. Now, it is only by learning the lessons from this failure that they can hope to avoid repeating this failure.”

Officials say the third jab programme is complicated by factors such people’s suitability for the vaccination varying amid courses of chemotherapy.

An NHS spokesperson said: “Progress has been made in the roll out of third jabs, with around seven in 10 people who are immunosuppressed having had a third vaccination.

“The decision on when to get a third jab for this group is made between patients and their clinicians, and can be accessed through their hospital consultant or GP, and additionally, those with a letter from their doctor can attend their local walk-in vaccination centre.”