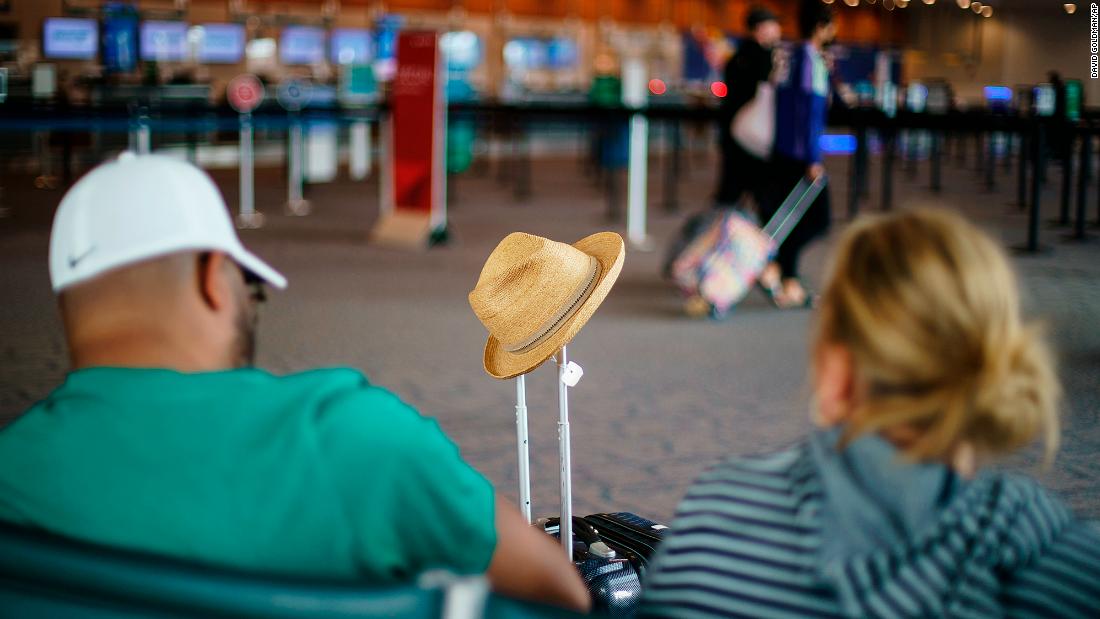 Revenge spending may keep the economy chugging along

Now that some mask and vaccine mandates are being lifted, consumers seem ready to spend on travel and other leisure experiences. Call it the "revenge spending" phenomenon.

Airline and hotel stocks have been surging this year thanks in part to a spate of long overdue revenge spending, or what some are dubbing the YOLO economy. An ETF of travel companies run by investing firm SonicShares, with the ticker symbol of "TRYP" is up nearly 6% this year while the S&P 500 has fallen 9%.

United (UAL) and American (AAL) both reported strong earnings earlier this week. Shares of Marriott (MAR), Hilton (HLT) and Wyndham (WH) are near all-time highs. Theme park owner SeaWorld (SEAS) is not far from a record high, too. And shares of cruise line operators Norwegian (NCLH) and Royal Caribbean (RCL) are both up this year despite the broader market selloff.

These companies are thriving despite the fact that consumer prices are soaring and many Americans have a downbeat view of the economy because of sky-high inflation and rising interest rates.

"When you look at sentiment, it's in the basement. There is a lot of negativity. Inflation is in the driver's seat," he said. "But consumers are still spending thanks to excess savings and pent-up demand."

Inflation is obviously a concern, Melson added, especially since more investment banks are predicting that Fed rate hikes may eventually lead to a recession. But he thinks consumers, tired of being cautious, are not worrying about a potential downturn just yet.

"People want to get back out and do things they haven't done for the past two years," he said. "They will complain about prices but they are still going out to spend."

And they are apparently spending a bundle with their credit cards.

American Express (AXP) said in its first-quarter earnings report Friday that travel and entertainment spending was up 121% over a year ago and "essentially reached pre-pandemic levels globally for the first time in March, driven by continued strength in consumer travel."

Still, an eventual economic slowdown could hurt consumer stocks...no matter how much people want to go out and do things.

Citi leisure and travel analyst James Hardiman said in a report this week that even though "the leisure space is generally to be avoided in the event of a recession," some companies are likely to be "substantially more buoyant than others."

Hardiman added that if a recession is short and shallow, many of these companies could "become compelling early-stage plays, particularly if they show resilient earnings power throughout."

For example, he has "buy" ratings on boating company Brunswick (BC), whose resilience he said is "underappreciated," as well as snowmobile and all-terrain vehicle maker Polaris (PII).

Hardiman also thinks that "theme park demand stability should shine during a declining macro environment, and "has "buy" ratings on Six Flags (SIX) and Cedar Fair (FUN), which owns more than a dozen theme parks in the US and Canada.

He may be right about that, but it's worth remembering that investors tend to bail on hot sectors and stocks once a trend seems played out...even if the fundamentals are still decent. Just look at what's happened to some of the market's favorite work-from-home and shelter-in-place stocks lately.

Shares of such pandemic darlings as Zoom (ZM), Roku (ROKU) and Teladoc (TDOC) have all plunged from their Covid highs and are now trading lower than they were two years ago, at the start of the pandemic. If the economy slows more rapidly than people expect, travel and leisure stocks could suffer a similar fate.