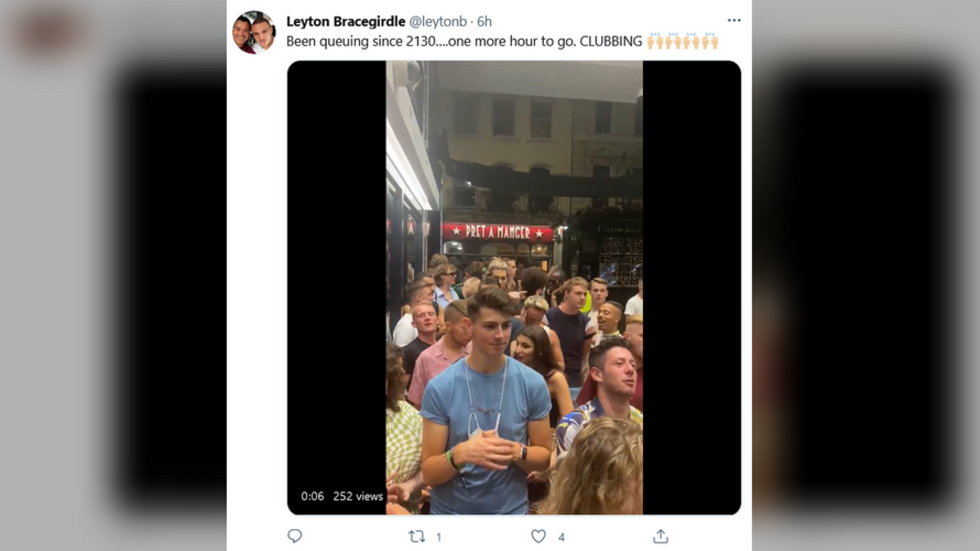 Partygoers all across England flocked to newly reopened nightclubs to mark what has become known as “Freedom Day,” as the bulk of Covid-19 restrictions were lifted at the stroke of midnight.

Footage shared on social media showed long queues forming outside London’s nightclub venues on Sunday ahead of the much-anticipated reopening at midnight, when most of the remaining coronavirus restrictions, including mask mandates and social distancing, became moot.

A clip from inside the iconic Heaven club in central London shows visitors counting down the seconds until the new rules come in effect. As the clock strikes midnight, balloons begin raining down on ecstatic revellers and music blaring.

While some cheered at yet another sign of life returning to normal, with many clubs opening their doors for the first time since March 2020, others sounded the alarm about parties becoming potential “superspreaders events”.

With about 50,000 infections being reported in the UK daily, the opposition blasted PM Boris Johnson’s decision to phase out the restrictions as “reckless.”

“We are against opening up without any precautions in place,” Jonathan Ashworth, Labour party’s health spokesman told BBC.

Johnson defended the decision, pointing out that the vaccine rollout was successful in breaking the link between an infection and illness.

The PM still urged the public to stay vigilant in light of the Delta variant, considered to be far more contagious than previous mutations. He argued that summer was the best time to lift the restrictions since “the virus has the advantage of the cold weather” in winter and autumn.

While England has said goodbye to most of its coronavirus-related restrictions, they are yet to be lifted in the rest of the UK. Northern Ireland is expected to follow suit, easing most of its restrictions on July 26. Scotland relaxed some of the Covid-19 rules on Monday, but kept the mask mandate as well as caps on indoor gatherings, hoping to get rid of most of the measures on August 9. In Wales, which boasts the lowest infection rate in the UK, most restrictions are expected to be lifted on August 7.