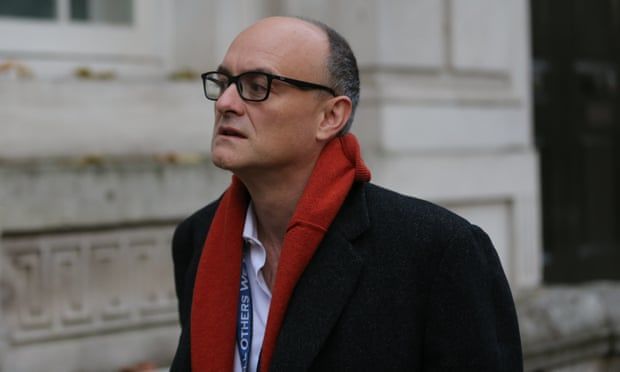 Dominic Cummings was instrumental in the process of awarding a government contract without tender to a company run by his “friends”, according to court documents that raise questions about whether the Cabinet Office may have misled the public.

The documents reveal the central role the prime minister’s former chief adviser played in the awarding of the contract to Public First, a research company owned and run by two of his longstanding associates.

Public First was paid £564,393 to research the public’s understanding of the coronavirus and the government’s messaging around the pandemic, and one of its partners was seconded to work in Downing Street.

The company is run by James Frayne and Rachel Wolf, who are both former colleagues of Cummings and the Cabinet Office minister, Michael Gove. In 2019 Wolf co-wrote the Conservative party’s general election manifesto.

When the Guardian and openDemocracy first revealed in July last year that Public First had been awarded a contract without tender, the Cabinet Office said in a statement it was “nonsense” to suggest the owners’ long associations with Cummings and Gove were a factor in the decision to award it a contract.

However, in a witness statement submitted to the high court on Monday as part of a judicial review of the award, Cummings described himself as the “driving decision-maker” behind the government’s decision to conduct more focus groups and hire Public First, and said his faith in the company was based on his extensive experience working with its staff.

Cummings described Frayne and Wolf as his “friends”, but added: “Obviously I did not request Public First be brought in because they were my friends. I would never do such a thing.” He said he “requested” civil servants hire the firm because, in his experience, it was the only company with the expertise to carry out the required focus groups urgently.

“The fact that I knew the key Public First people well was a bonus, not a problem,” he said, “as in such a high pressure environment trust is very important, as well as technical competence.” 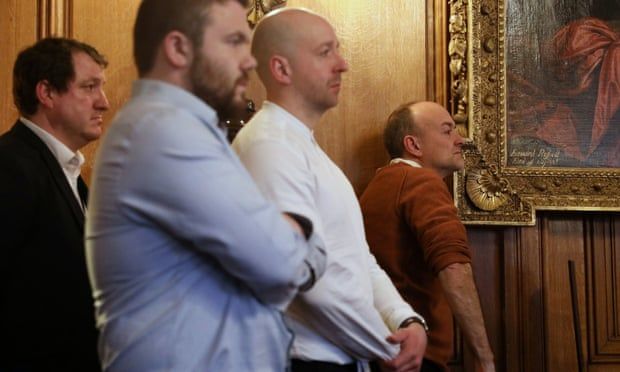 Cummings said he knew the quality of the company’s work and “I knew they would give us honest information unlike many companies in this sector”.

“I am a special adviser and as such I am not allowed to direct civil servants,” he added. “However, as a result of my suggestion I expected people to hire Public First. The nature of my role is that sometimes people take what I say as an instruction and that is a reasonable inference as people assume I am often speaking for the prime minister.”

Cummings said he had not met Frayne since 2016 and had no involvement in the contractual arrangements with Public First or the company’s remuneration.

The court documents included an email exchange between civil servants in the Cabinet Office in March, questioning the impartiality of Public First’s work. One said: “I know they’re not going to go away, but I have genuine concerns about the way in which they MIGHT be spinning stuff coming out of focus groups – way, way too close to No10 to be objective.”

Her colleague agreed, saying she was thinking of limiting the company’s work to testing opinion on Johnson’s messages, and having another company, Jigsaw, do focus groups with older and vulnerable audiences.

The head of insight and evaluation at the Cabinet Office and the prime minister’s office described Public First in internal communications as “mates” of Cummings and of Boris Johnson’s then head of communications, Lee Cain, “hence getting all our work with no contract”.

In a witness statement, the official said the email to colleagues was meant as a joke in an effort to ensure overdue invoices were paid to the company, and it “was not true” that Public First was given the work without a contract because of relationships with Cain and Cummings.

Jason Coppel QC, representing the Good Law Project, the not-for-profit campaign group that brought the judicial review, referred to another internal message from the head of insight and evaluation at the Cabinet Office. Sent in January, it related to a previous appointment of Public First for work unrelated to the pandemic. In that message, the official referred to Public First as “Tory party research agency tests Tory party narrative on public money”.

Coppel said that showed senior civil servants had “deep misgivings” about the contract. However, in her witness statement, the official pointed to the rest of her message, which said “but actually, it will be very interesting and very good”. She said her reference was “meant to be frivolous and lighthearted,” and she did not regard Public First as a “Tory party research agency”.

In its legal case, the Good Law Project argues that the Cabinet Office acted with “apparent bias”, given that the contract was directly awarded without competition, and Frayne and Wolf’s work with Gove and Cummings at different times over many years.

The Cabinet Office’s legal case makes a virtue of previous relationships with Public First, saying Cummings wanted Gabriel Milland, a Public First partner, to be seconded to Downing Street because he had worked with him previously “and had a high regard of his abilities, expertise and experience”.

The government argued that Gove’s and Cummings’ relationships with the Public First partners meant they knew the quality of their work, and denied it showed “bias” in appointing the company. “On the contrary, past professional connection simply enabled a better judgment to be reached about whether Public First were indeed the best/only suitable body to perform the services as needed,” its defence states.

The Public First contract was not put out to competitive tender under emergency regulations that waived normal procurement procedures owing to the pandemic.

Frayne has said Public First was “the obvious choice” to run the government focus groups, as it was “one of a tiny number of agencies that could meet this demand”, and was chosen due to its expertise and ability to work at unusually short notice. The company was already doing research for the government in February before it was asked to conduct more than 100 focus groups across the country relating to Covid-19, specialising in researching “hard to reach” communities.

There is no evidence to suggest that Gove was involved in the process to award the contract. The Cabinet Office, represented by Sir James Eadie QC, denied that there was bias or apparent bias in the contract award or on the part of Cummings, and said that other companies were not used because “they could not provide the requisite services”.

The department did not respond directly to a question about whether its statement to the Guardian in July misled the public. Asked at that time whether the fact Frayne and Wolf were “longstanding close associates” of Cummings and Gove had been “a factor” in the decision to award the contact, the Cabinet Office strongly rebuffed the suggestion.

“This is nonsense,” it said in its July statement. “Public First were contracted to undertake this work because of their wealth of experience in the area. We have a number of suppliers for work on government research, of which Public First is just one.”

The judge, Mrs Justice O’Farrell, will determine the judicial review case following the one-day hearing of both sides’ arguments.