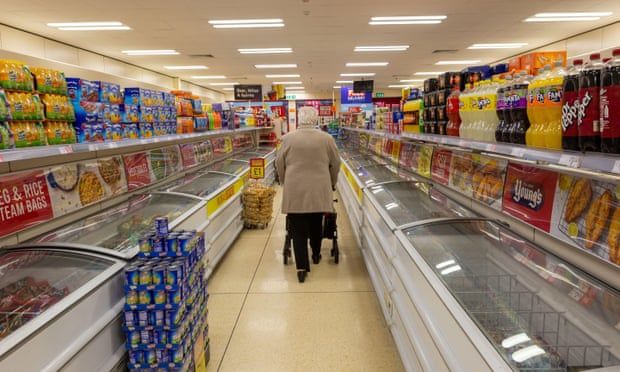 Retailers call for early easing of self-isolation rules in England

Retailers are urging the government to bring forward changes to self-isolation policies planned for August as they warn of rapidly increasing staff shortages related to Covid.

Richard Walker, the boss of the Iceland grocery chain, said that staff absences linked to coronavirus were “growing exponentially”. “Within a week or two they’ll be the highest ever,” he wrote on Twitter. “Covid rules end 19 July. Self-isolation rules not eased until 16 August. This will be a shit-show for business.”

His warning came after the boss of the Sainsbury’s supermarket group, Simon Roberts, said on Tuesday that there had been an “uptick in absence” related to Covid at the retailer in recent weeks.

It is understood that at least one other major supermarket is experiencing serious problems at its distribution centres as a result of staff needing to self-isolate alongside a general shortage of workers caused by a mix of Brexit and Covid.

Under the current rules, workers who have come within 2 metres of a person with the virus must stay at home for 10 days even if they are vaccinated and have tested negative.

On Tuesday, the health secretary, Sajid Javid, said that from 16 August, close contacts of people in England who have tested positive for Covid will no longer have to self-isolate if they have received both vaccinations or if they are under 18.

However, this change in the rules will come almost a month after the 19 July end of social distancing rules for hospitality businesses, which is expected to increase demand for staff, adding to existing pressure from shortages.

Helen Dickinson, chief executive of the British Retail Consortium, which represents most of the UK’s major retailers, said: “We are already seeing a serious impact on retail operations as a result of staff having to self-isolate and this will only get worse right across the economy, as cases are already rising fast and the final restrictions are eased.

“Given the effectiveness of the current vaccine roll-out programme, the government should pull forward the 16 August date so that people who are fully vaccinated or have a negative test are not forced to needlessly quarantine when they are contacted by track and trace.”

Hospitality bosses have warned that the self-isolation regime is “wreaking havoc” on bars, restaurants and hotels already suffering from Brexit-related staff shortages. Venues have been forced to temporarily close or cut trading hours, when as little as one member of staff had come into contact with someone with the virus.
#vaccine  #covid  #coronavirus
Add Comment