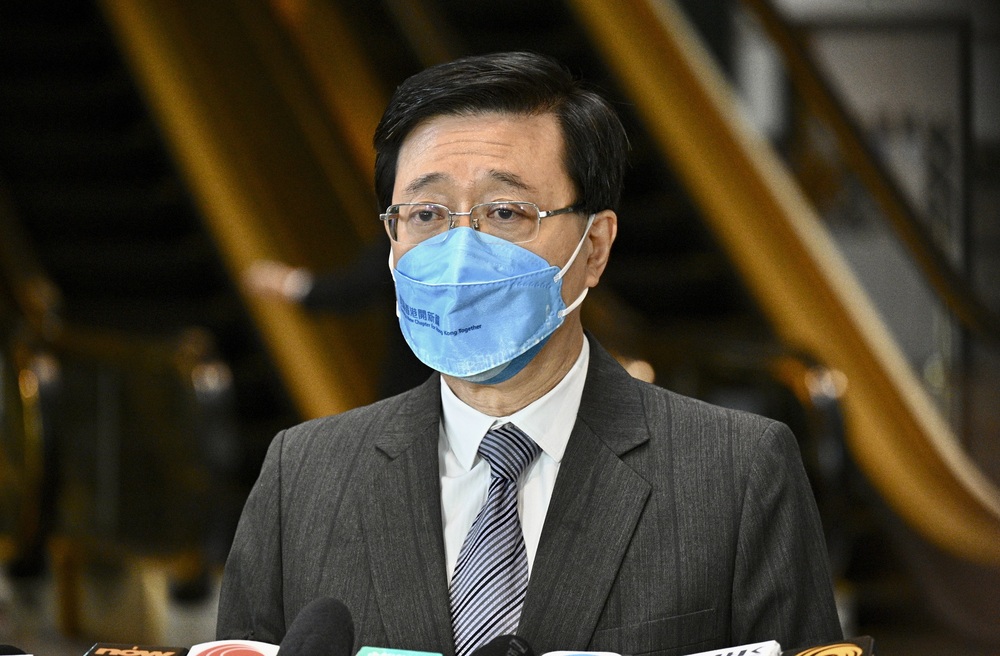 On Thursday, he attended an online conference and met with representatives from the foreign chambers of commerce in Hong Kong, small and medium enterprises, and the textiles and clothing industry.

“Connecting Hong Kong to the world and to mainland is what we will be actively working on. Reopening border points with mainland is indeed my top priority, but we still face a lot of difficulties,” Lee told reporters after the conference.

“Because although the pandemic situation in Hong Kong is under control, the city still reports hundreds of infections a day and mainland also needs to deal with their own Covid developments,” Lee added.

Lee will also stage a rally at the Hong Kong Convention and Exhibition Centre in Wan Chai tomorrow (Fri) and over 1,000 political heavyweights and business tycoons have been invited.

Lee didn't comment when asked how many votes he think he could get in Sunday's election.

“Regarding my election campaign, I have said for several times that I will always be working hard, no matter how many people support me, or how many people wish to hear me explain my manifesto again,” Lee said.

“I wish to obtain as many votes as possible, and I want to explain the goals of my policies to the public at the same time to secure citizens' full support,” he continued.

When asked about his religion, he said that was personal matter.

He stressed his goal is to establish a practical government that do work with high level of execution power, as well as to build a diverse, tolerant and caring society.
#covid
Add Comment