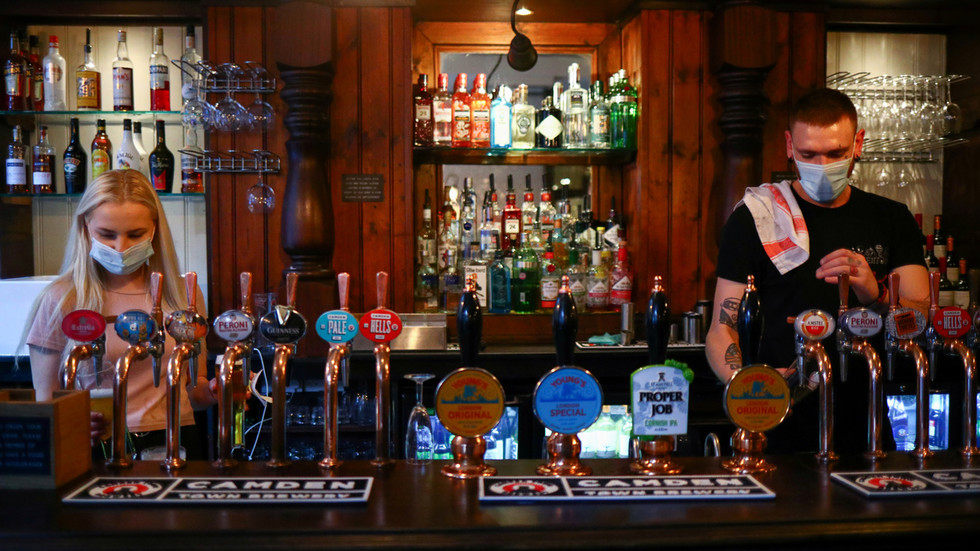 Re-opening pubs won’t require Covid-19 passports, but considering them for domestic use is ‘the right thing to do’ – minister

The impending re-opening of restaurants and pubs in England won’t be tied to any form of coronavirus health certificates, but the government is still looking at the possibility of rolling out Covid-19 passports for domestic use.

Pubs and restaurants are set to open across the country next week, as part of the second stage of the lockdown-lifting roadmap. Set to re-open on April 12, the venues won’t require any health certificates from their patrons, Minister for Covid Vaccine Deployment Nadhim Zahawi confirmed.

“Domestically, the step two, which we’re coming up to, [and] step three, there will be absolutely no issue around pubs or restaurants requiring any form of certification,” Zahawi told Sky News on Tuesday.

Step three, which is set to include the re-opening of domestic hospitality venues, is slated to kick in across England from May 17. Still, the government is open to the idea of introducing domestic health certificates in one form or another, the minister said, admitting that requiring Covid-19 passports to allow entry into certain venues “does throw up a number of difficult ethical questions.”

“It’s only responsible as we see how this virus behaves, as we see how other countries are utilizing technology to make sure that they keep the virus under control, then we should look at the same thing,” Zahawi said.

"It’s only the right thing to do, we're all working towards the same outcome, which is to get our lives back, get our economy back up and running."

At the same time, Covid-19 passports will likely be needed for international travel when it gets back on track, the minister said. At that point, UK citizens will be provided with all the certification they might need to enter other countries.