The singer shared a video of himself on social media, saying the condition's forced him to cancel all his upcoming shows.

Ramsay Hunt syndrome is when a shingles outbreak affects the facial nerve near someone's ears, resulting in paralysis of parts of the face.

Nicoya Rescorla has the same condition as Justin, and says it's "taken away her independence."

"The pain has been horrendous - it's been debilitating," she tells Radio 1 Newsbeat.

The 28-year-old, from Marazion in Cornwall, got Ramsay Hunt in October 2020, and says it started with neck pain before the paralysis kicked in.

Following that, she experienced a range of other symptoms too.

"The vertigo and balance has really knocked me sideways," she adds.

Ramsay Hunt Syndrome can't be passed from one person to another, but it is a complication from a transmissible disease called shingles.

Shingles is linked to the chickenpox virus that a lot of people can get when they're children.

According to the charity Facial Palsey UK, if the immune system becomes depressed and is less able to fight off infection, the body can become vulnerable to a reactivation of the chickenpox virus.

It says stress is often a trigger as it can weaken the immune system and people who are stressed are more likely to suffer from infections.

Nicoya says it's had an impact on her mental health.

"It's isolated me really physically and mentally because I can't just go out if I want to - I'm having to rely on my husband and my mum."

"Mentally it has knocked me for six, I'm a completely new person to what I was 20 months ago." 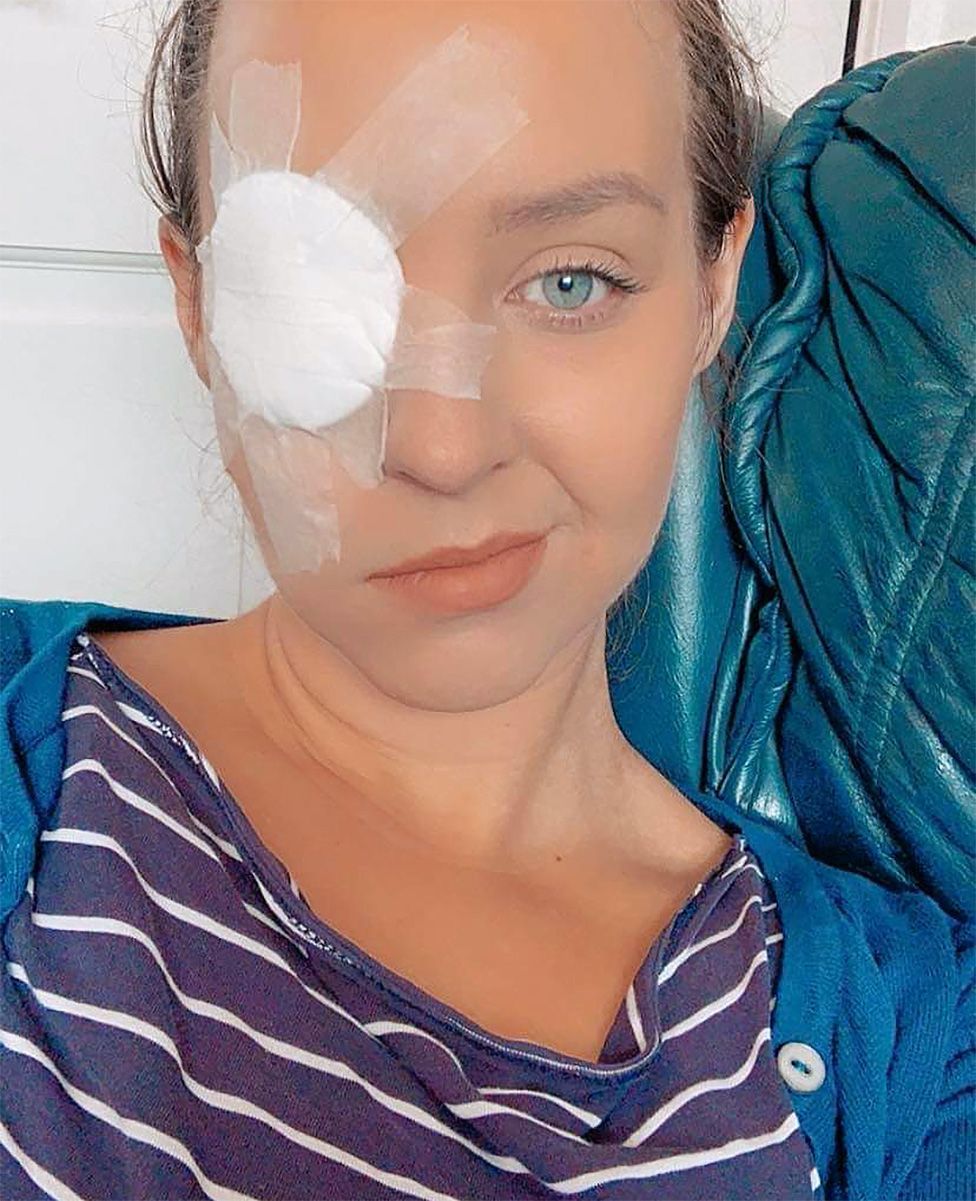 As well as paralysis, Nicoya has also experienced vertigo and balance problems

Even though it's been nearly two years since she first developed Ramsay Hunt, Nicoya says she's still in pain every day, despite taking medication.

But she's hoping her balance will get better.

'Justin Bieber speaking out is so powerful'


Nicoya says him speaking out about having the condition is really important for other people who also have it.

"It's powerful for people like me and other people who are going through Ramsay Hunt syndrome.

"I mean, I never thought that I would hear Ramsay Hunt syndrome on the TV."

She also thinks raising awareness about it is vital and that there has been a lot of misinformation about the syndrome.

There have been posts on social media linking a diagnosis of Ramsay Hunt syndrome with the Covid-19 vaccine.

Despite speculation on social media, there is no evidence that suggests the jab is responsible or linked to causing Ramsay Hunt Syndrome.