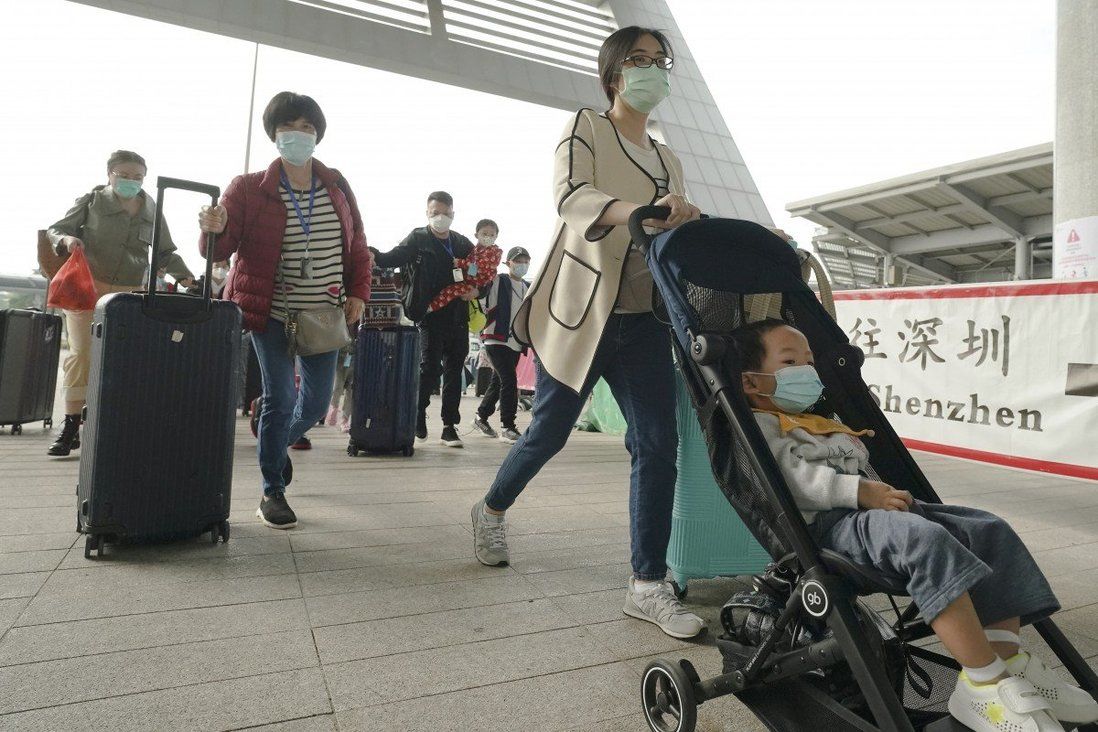 Travellers from the city can enter mainland without undergoing Covid-19 quarantine from first week of next month, under accelerated timeline following Beijing input.

Travellers from Hong Kong will be allowed to enter mainland China without having to undergo Covid-19 quarantine starting from the first week of December, earlier than expected, although the initial quota will be limited to only a few hundred per day.

The first phase of the much-anticipated border reopening revealed by sources on Thursday is the result of weeks of negotiations between the two sides, and is likely to coincide with China’s Olympic medallists visiting the city.

Two official sources from the mainland told the Post the launch had been brought forward to early next month from an original start date of December 17.

One of them said the accelerated timeline followed approval from the top ranks of China’s leadership, which helped “smoothen discussions, build consensus and speed up the implementation of necessary software and hardware”.

The insider said the arrangement would start with a daily quota limiting quarantine-free travel to “a few hundred” people. Numbers would be increased to “a few thousand” in the following months once any teething problems were addressed and a system of testing and tracking had been introduced, he added.

Hong Kong’s Constitutional and Mainland Affairs Bureau refused to comment on the plan.

Earlier this month, Beijing insiders said a full border reopening could happen before June as part of a three-step process starting in mid-December.

City leader Carrie Lam Cheng Yuet-ngor has repeatedly said that opening up Hong Kong’s border with the mainland is her government’s top priority, with the city’s economy suffering from the closure of checkpoints since the coronavirus took hold last year.

Lam said she hoped cross-border travel would reach such a level by February that her administration could organise “some mass events”.

She also said the plan would operate under a quota system with priority given to business trips, although she said cross-border students were unlikely to be given the same precedence because of their large number.

The second mainland source said the start of the trial scheme would come at “around the same time” as a scheduled three-day visit to Hong Kong of the Tokyo Games’ mainland Olympic delegation, which is due to start on December 2.

“While the mainland Olympians’ visit is not directly related to the border opening process, we do hope their visit, as well as the pilot border opening, can bring a sense of patriotic and resilient spirit to Hong Kong people through the athletes sharing how they overcame the difficulties to win the top sports honours,” the source said.

The nation’s 88-medal haul from this year’s Games included 38 golds. The Home Affairs Bureau declined to comment on the planned visit.

A mainland Olympic delegation has visited Hong Kong following every Games since 2000.

The Post previously reported that a cross-border travel scheme eliminating the need for quarantine would start first with Guangdong province. Shenzhen would be the required entry point into the mainland for travellers.

Hong Kong travellers would also have to present a green health code issued by the city – indicating a low risk of Covid-19 infection – to be eligible to forego mainland quarantine, which lasts at least 14 days.

They were also expected to use a contact-tracing app allowing mainland authorities to monitor their movements.

The State Council’s Hong Kong and Macau Affairs Office earlier confirmed that both Hong Kong and the mainland had reached “significant consensus” on reopening the border.

The two sides have been negotiating the revival of cross-border travel since September, in a bid to help the many families and businesses with strong ties in both directions.

Hong Kong already allows some travellers from the mainland to come to the city without serving quarantine.

The “Return2HK” scheme, rolled out in November last year, first applied to Hong Kong residents returning from Guangdong province and Macau, and was later expanded to other parts of the country.

The “Come2HK” scheme targets non-residents living on the mainland, also exempting them quarantine if they have arrived from Guangdong province or Macau.