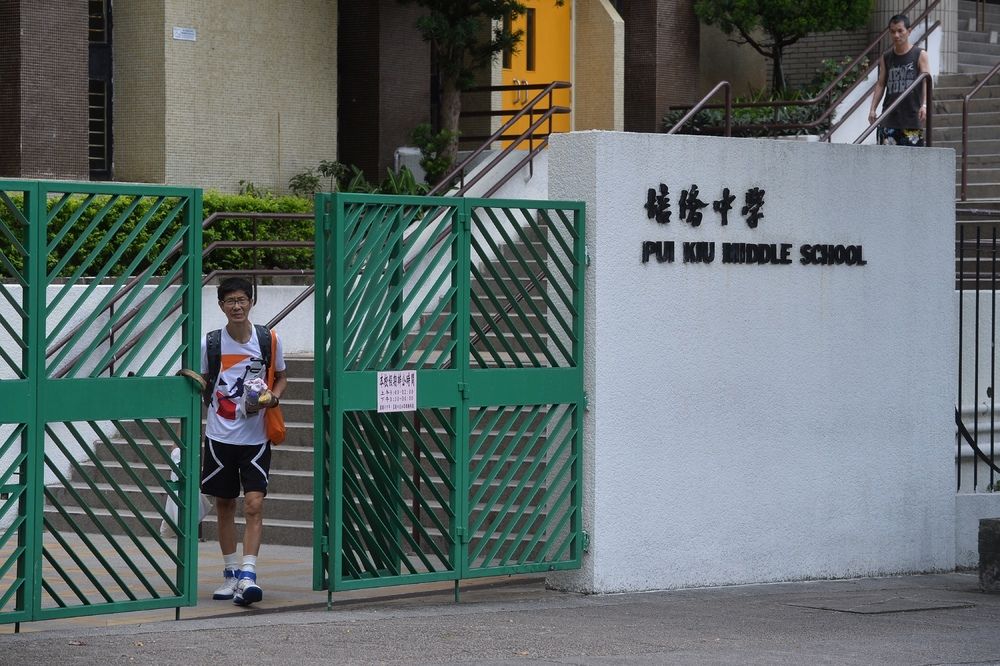 Pui Kiu Middle School in North Point became the second school in Hong Kong to suspend classes following the Omicron outbreak after the parent of a student there tested preliminarily positive for Covid-19.

Principal Ng Wun-kit said the school was informed of the case on Wednesday (Jan 5) morning. The school then called for an emergency meeting and, with the approval of the school directors, suspended all classes for three days starting Wednesday.

Parents and the school buses company also were informed of the suspension that morning, while professional cleaners have been sent to disinfect the school on Thursday.

It was understood that the mother of a secondary three student there tested preliminarily positive for Covid-19. The girl has been sent to the quarantine center as well. Some 30 students in her class went to the school for exams on Monday and Tuesday.

So far, no student or teacher there tested positive.

On the other hand, the prestigious Ying Wa Primary School in Sham Shui Po has asked parents to submit a three-minute video as a replacement for the face-to-face interview for the 165 admission quota in the year 2022/23.

The race was originally joined by about 4,000 kids. Only about 700 of them got into the second round of the interview, where the kids would speak to the principal, and the number was further reduced to about 300 in the third round.

However, the school sent a letter to parents on Thursday and said the third round of the interview, scheduled to be held in person, has been canceled due to the Omicron outbreak.

Instead, parents who underwent the second round of the interview with their kids will have to submit a three-minute video in which they answer three questions.

The first question asks parents to read a story for kids in front of the camera and talk about their views and reflections on educating children, while the second one asks parents about their expectations on the co-operation between the school and parents.

The children will then finally star in the last question, where they should be filmed enjoying their favorite family activity with their parents, for example reading storybooks or playing games. This part should last at least a minute.

The applicants will receive email or SMS notifications within today. They have to submit the video, no longer than three minutes, before 11 pm on January 16.

Parts that overrun will not be graded. If applicants did not attend the second round of the interview or they do not submit the video by the deadline, they would be seen as withdrawing from the admission race.
#covid 19  #covid
Add Comment