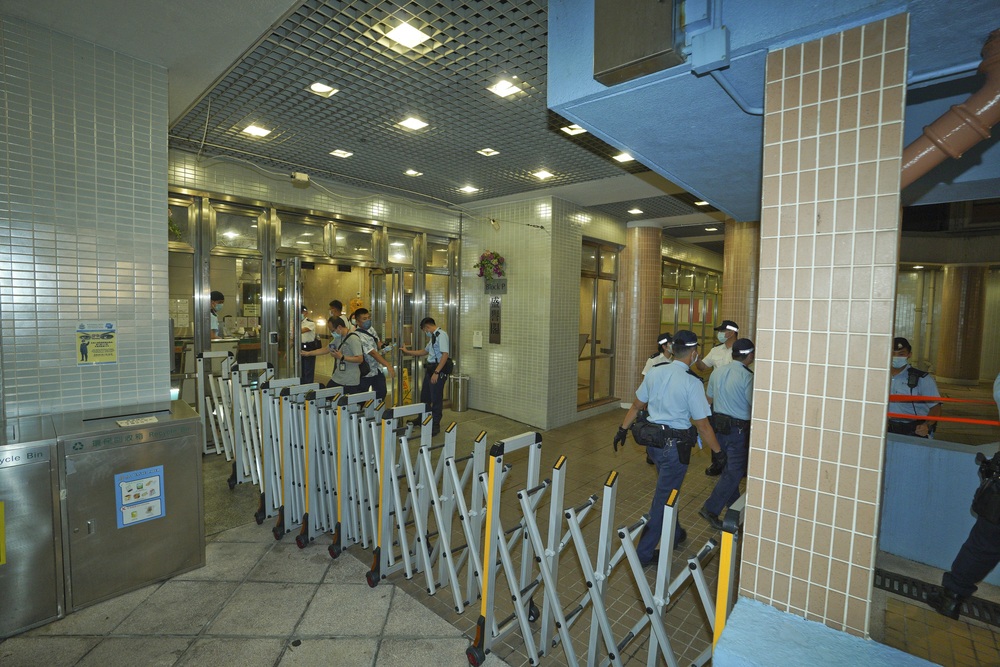 Gilman Siu kit-hang, associate professor at PolyU’s Department of Health Technology and Informatics said the variant was detected in the city for the first time.

The sequence of this variant detected was B.1.1.7 and referred to as the Alpha variant, after World Health Organization named the variants with Greek letters a few days ago.

Before the naming it was commonly referred to as the UK/Kent variant.

It was different from the virus strain detected in the fourth wave of Covid-19 epidemic in April, which was the South Africa variant, now known as the Beta variant.

The Beta variant was found from the clusters of domestic helpers and the infected Indian businessman.

It was understood that the girl didn’t have any record of travelling. If she was confirmed a positive case, the zero infection streak in the city which lasted for 42 days would be broken.

The source of the Alpha variant remains unknown.

The girl lives at Shing Yu House, Tin Shing Court in Tin Shui Wai. The building was locked down for compulsory testing last night and found no positive case among some 850 residents.

She is a student at Queen Elizabeth School Old Students' Association Tong Kwok Wah Secondary School. She developed symptoms including fever, runny nose, headache and loss of smell on June 2.

She then tested preliminary positive after she underwent a virus at Tin Shui Wai (Tin Yip Road) Community Health Centre on June 3. The girl had not been vaccinated according to health officials.
#covid 19  #covid
Add Comment