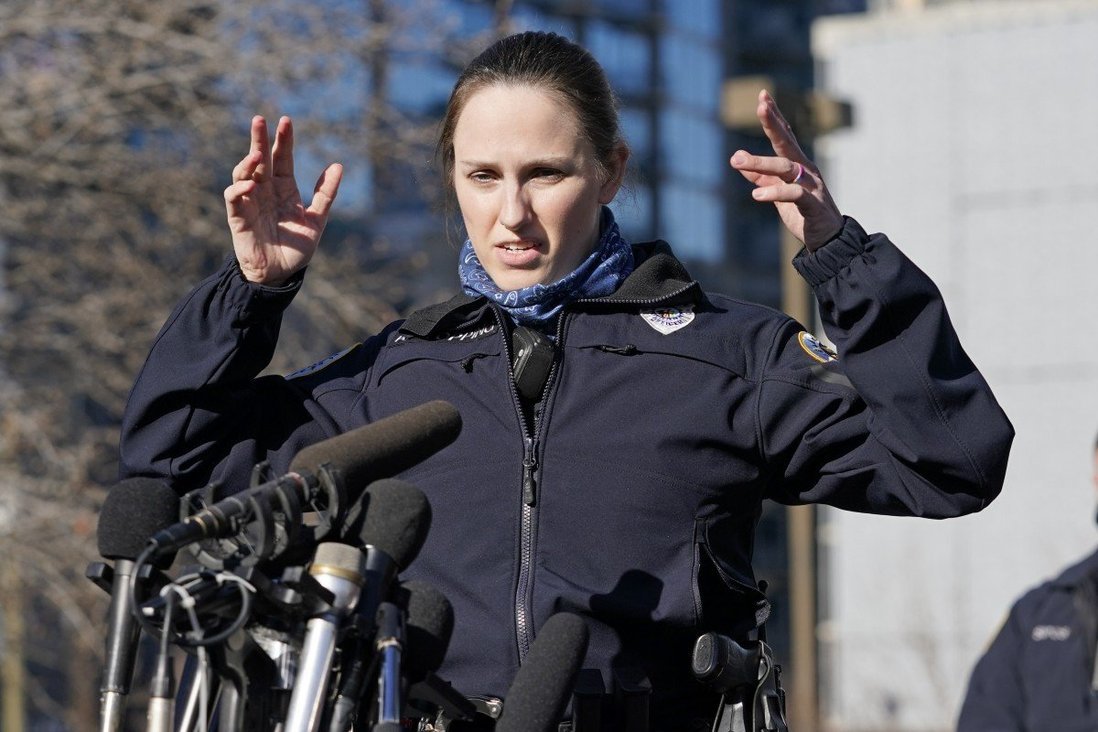 A police officer said she heard the announcement from the RV go from a warning to playing the 1964 hit Downtown by Petula Clark.

Police officers on Sunday provided harrowing details of responding to a Christmas morning explosion in downtown Nashville, at times getting choked up reliving the moments that led up to the blast and offering gratitude that they were still alive.

“This is going to tie us together forever, for the rest of my life,” Officer James Wells, who suffered some hearing loss following the explosion, told a news conference. “Christmas will never be the same.”

Meanwhile, Nashville Metro Police spokesman Don Aaron said that 63-year-old Anthony Q Warner, a Tennessee resident, was under investigation in relation to the blast. He did not provide any more details. However, Warner had experience with electronics and alarms, according to public records, and worked as a computer consultant for a Nashville property agent.

The five responding officers gave their accounts of what happened as investigators continued to chip away at the motive of the bombing of a recreational vehicle that blew up on a mostly deserted street just after it issued a recorded warning advising people to evacuate.

“I just see orange and then I hear a loud boom. As I’m stumbling around, I just tell myself to stay on my feet and to stay alive,” Wells said, at times tearing up and repeating that he believed he heard God tell him to walk away moments before the blast.

Officer Amanda Topping said she initially parked their police car beside the RV while responding to the call before moving it once they heard the recording playing. Topping said she called her wife to let her know that “things were just really strange” as she helped guide people away from the RV.

That’s when she heard the announcement from the RV switch from a warning to playing the 1964 hit Downtown by Petula Clark. Moments later the explosion hit.

“I felt the waves of heat but I kind of just lost it and started sprinting toward (Wells),” Topping said. “I’ve never grabbed someone so hard in my life.”

Officer Brenna Hosey said she and her colleagues knocked on six or seven doors in nearby flats to warn people to evacuate. She particularly remembered knocking on a door where a startled mother of four children answered.

“I don’t have kids but I have cousins and nieces, people who I love who are small,” Hosey said, adding she had to plead with the family to leave the building as quickly as possible.

The attack, which damaged an AT&T building, has continued to wreak havoc on cellphone service and police and hospital communications in several Southern states as the company worked to restore service.

Another law enforcement official, who was not authorised to discuss an ongoing investigation and spoke to Associated Press on condition of anonymity, said investigators regard a person associated with the property as a person of interest. They did not identify the person.

Federal agents could be seen looking around the property, searching the home and the backyard. A Google Maps image captured in May 2019 had shown a recreational vehicle similar to the one that exploded parked in the backyard. It was not at the property on Saturday, according to an AP reporter at the scene.

There were other signs of progress in the investigation, as the FBI revealed that it was looking at a number of individuals who may be connected to it. Officials also said no additional explosive devices have been found – indicating no active threat to the area. Investigators have received around 500 tips and leads. 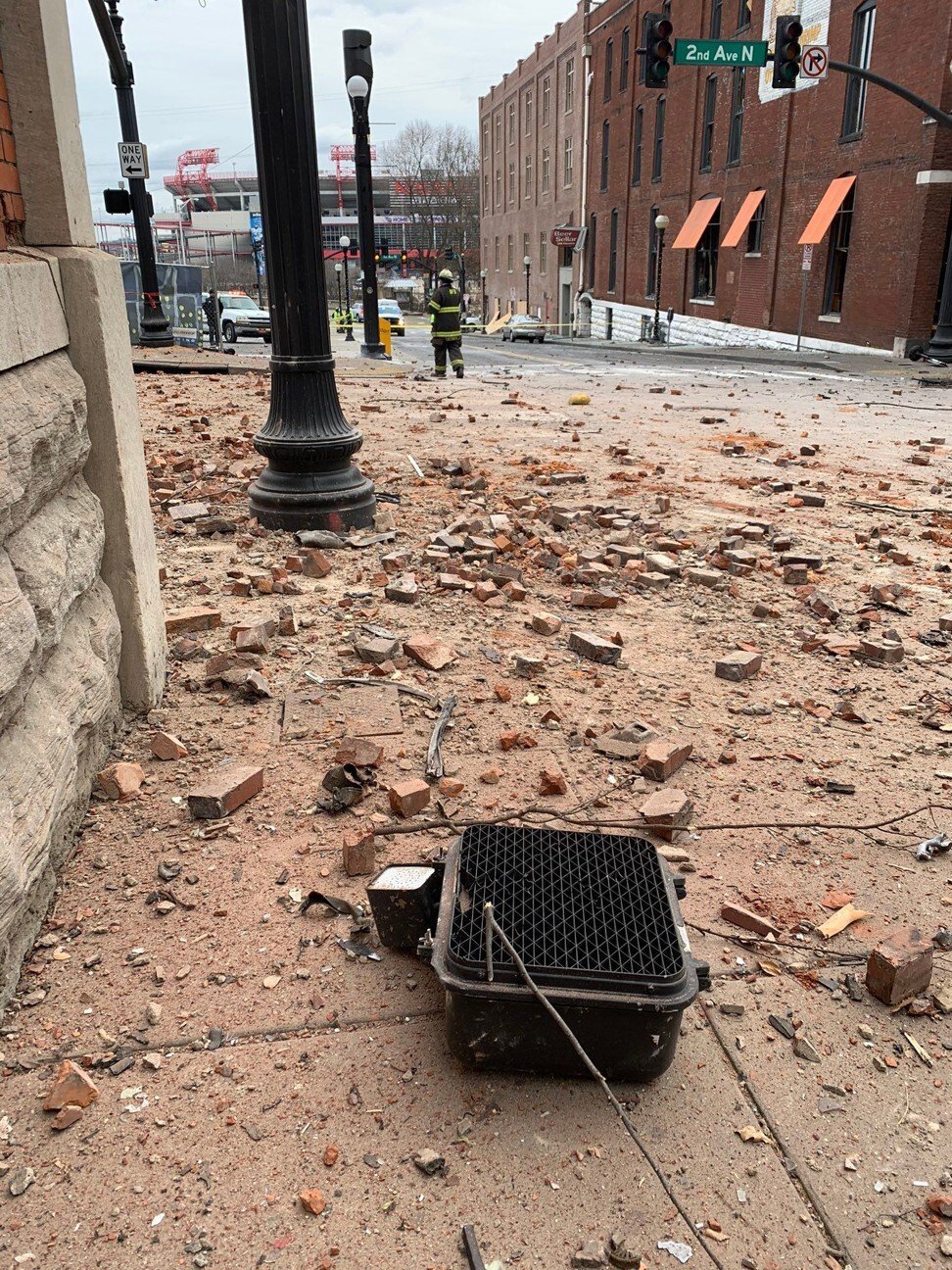 “It’s just going to take us some time,” Douglas Korneski, the special agent in charge of the FBI’s Memphis field office, said at a Saturday afternoon news conference. “Our investigative team is turning over every stone” to understand who did this and why.

Investigators said they were working to identify human remains found at the scene. Beyond that, the only known casualties were three injured people.

The infrastructure damage, meanwhile, was broadly felt, following an AT&T central office being affected by the blast. Police emergency systems in Tennessee, Kentucky and Alabama, as well as Nashville’s Covid-19 community hot line and a handful of hospital systems, remained out of service.

The building contained a telephone exchange, with network equipment in it – but the company has declined to say exactly how many people have been impacted.

Asked whether the AT&T building could have been a possible target, Korneski said: “We’re looking at every possible motive that could be involved.” 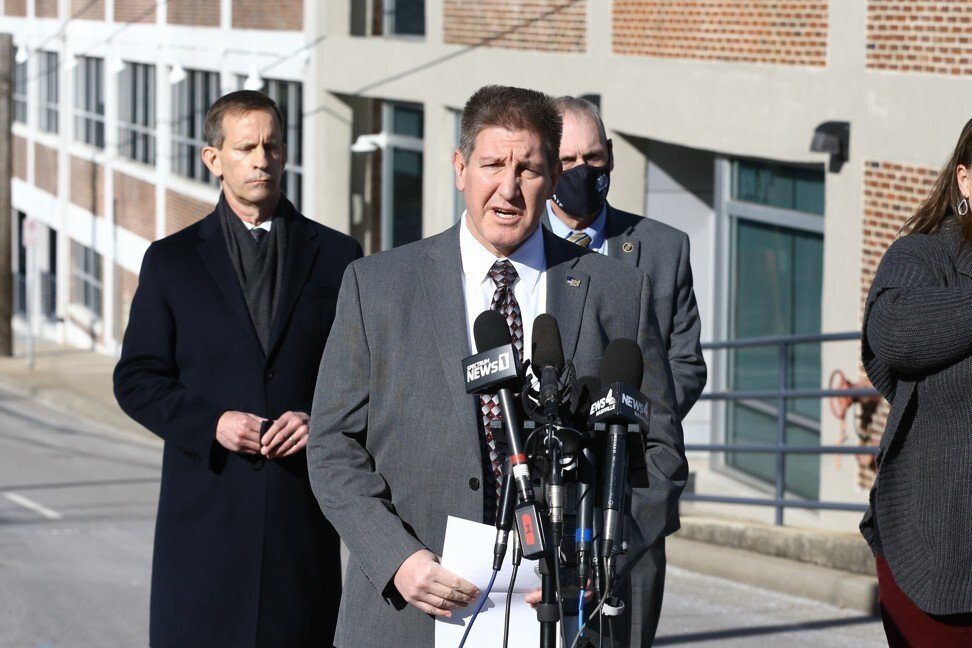 Investigators shut down the heart of downtown Nashville’s tourist scene – an area packed with honky-tonks, restaurants and shops – as they shuffled through broken glass and damaged buildings to learn more about the explosion.

AT&T said on Sunday it was re-routing service to other facilities as the company worked to restore its heavily damaged building. The company said in a statement that it was bringing in resources to help recover affected voice and data services and expects to have 24 additional trailers of disaster recovery equipment at the site by the end of the day.

Restoration efforts faced several challenges, which included a fire that forced their teams to work with safety and structural engineers and drilling access holes into the building to reconnect power.

The Federal Aviation Administration has since issued a temporary flight restriction around the airport, requiring pilots to follow strict procedures until December 30.