A Tube station was plastered with graffiti over Christmas with slogans referring to the coronavirus crisis and the Grenfell Tower disaster.

Dozens of slogans were painted on the station’s Victoria and Bakerloo line platforms, which are now under investigation by the British Transport Police (BTP).

One spray-painted message read: “Oi!! Muppets. What if it was your ‘houses’ that burnt down!!! All Power to the people.”

Elsewhere, the letters DDS and TVZ were daubed over walls and tracks.

A BTP spokesperson confirmed the “extensive graffiti” had been reported on Saturday morning and said it was being investigated. 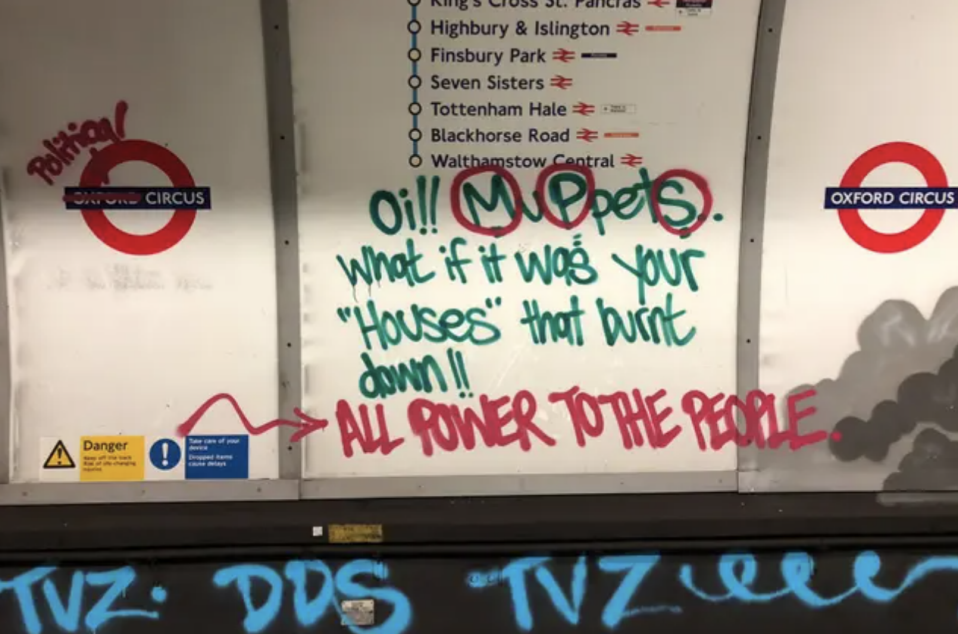 “Officers are investigating the incident.”

The vandalism would normally have been impossible because the station would usually be packed with shoppers heading to Boxing Day sales.

However, Tier 4 restrictions in the capital meant shops were closed and the station was deserted.

The Tier 4 measures mean non-essential retail, hairdressers and indoor gyms are closed in London and the surrounding areas.

Oxford Circus, normally a thriving shopping hub, was deserted the day after the measures were announced on Saturday last week.