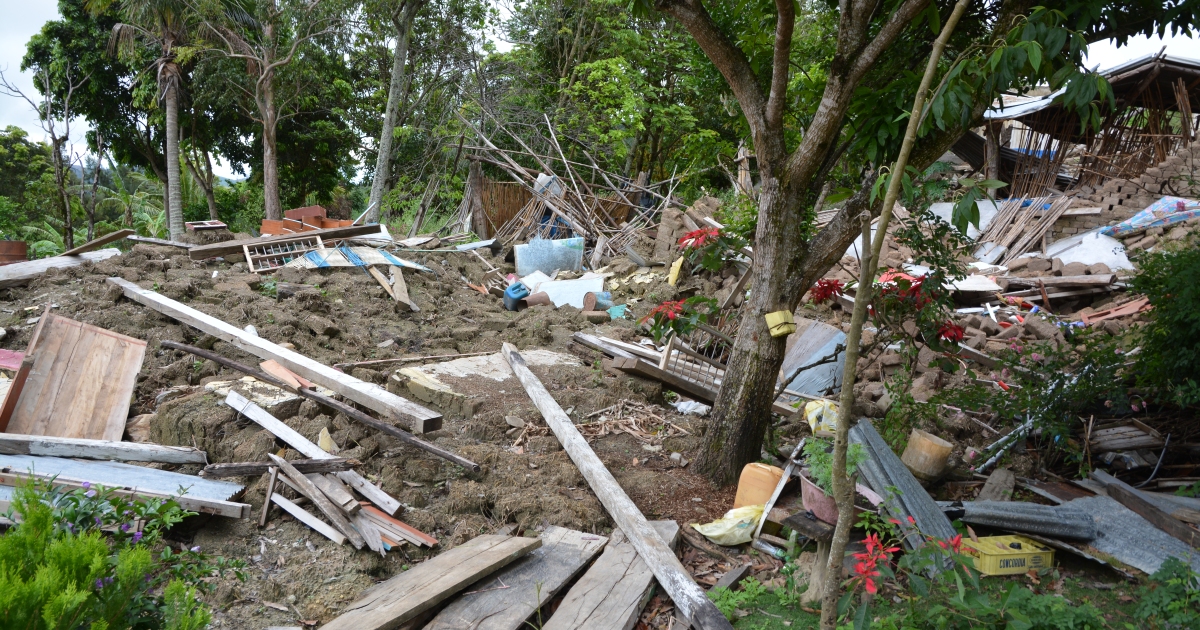 Displaced families have been camping out in tents, as critics say the government must deliver on promised aid.

In this isolated jungle region some 1,200km north of the Peruvian capital, hundreds of people are still homeless after a huge earthquake last November triggered landslides and flooding. Communities along the turbulent Utcubamba and Maranon rivers lost everything: their homes, livelihoods, schools and health centres.

In elections a year ago, this area was part of the rural political heartland of Pedro Castillo, the leftist politician who assumed the presidency last July. But today, many are blaming Castillo’s government for their ongoing predicament.

Soon after the earthquake, Castillo and an array of ministers landed by helicopter in the rural community of Santa Rosa, some 120km west of Bagua, and promised displaced residents that they would be airlifted to a safe, temporary shelter. But when community members were dropped by helicopter next to a football stadium outside Bagua, nothing had been set up; it was not until a day later that a few tents and some water were delivered, locals told Al Jazeera.

“The president said we would be here for a maximum of two months,” Nelly, a single mother of two, told Al Jazeera from inside her tent earlier this month. “We trusted him, which is why we are here.”

Beyond the tents, all other supplies for displaced residents – such as toilets, showers, water tanks and cash transfers for essential goods – have been provided by international NGOs, such as Save the Children. Those affected by the earthquake say they are frustrated by the lack of government aid. 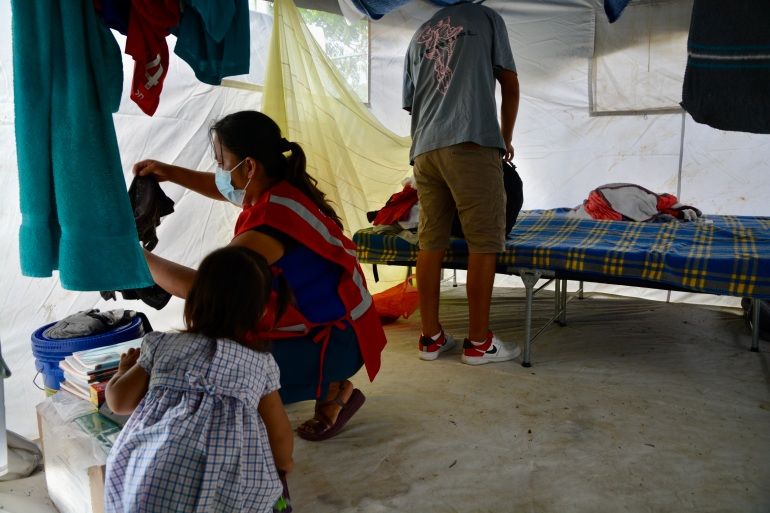 Families have lived in tents for months after the earthquake

Felipe Perez, regional director for the National Institute of Civil Defence, the state body in charge of disaster management, told Al Jazeera that the government’s response was “immediate and opportune”.

“The assistance is permanent … There’s a process of emergency response, a process of rehabilitation, and there was a lot of delay during the identification of land [where temporary shelter could be set up],” Perez said.

Nelly, however, maintains that as a former rural schoolteacher, Castillo “should be better prepared to govern and to deal with such situations”.

“[But] this is where the country is now,” she said. “Just see what has happened.”

Like many Peruvians in rural regions, Nelly voted for Castillo in last year’s election, preferring him over his right-wing opponent, Keiko Fujimori, who was mired in corruption allegations. But after months of living in sweltering tents, she says her community has been forgotten, as national media attention has moved on. Some have left the camp on their own and returned to their villages, despite the ongoing risk of landslides.

Melissa Allement, who is in charge of humanitarian aid for Save the Children in Peru, said the responsibility to get communities back on their feet now lies with the state, even as her organisation “works in such a way [as] to help the government”.

“Vulnerable populations become even more vulnerable, because no one is helping them develop capacities to react to natural disasters, such as by having evacuation plans,” she told Al Jazeera. “Reducing structural vulnerabilities is very difficult, and it’s an historic problem in the country.”

Since Castillo was elected last year, his term has been upended by chaos, with the president surviving two impeachment attempts and members of his government becoming embroiled in scandals. At the same time, COVID-19 has ravaged the country’s healthcare system and economy, and the Russia-Ukraine war has led to soaring fuel and fertiliser prices. Many Peruvian families are struggling to make ends meet. 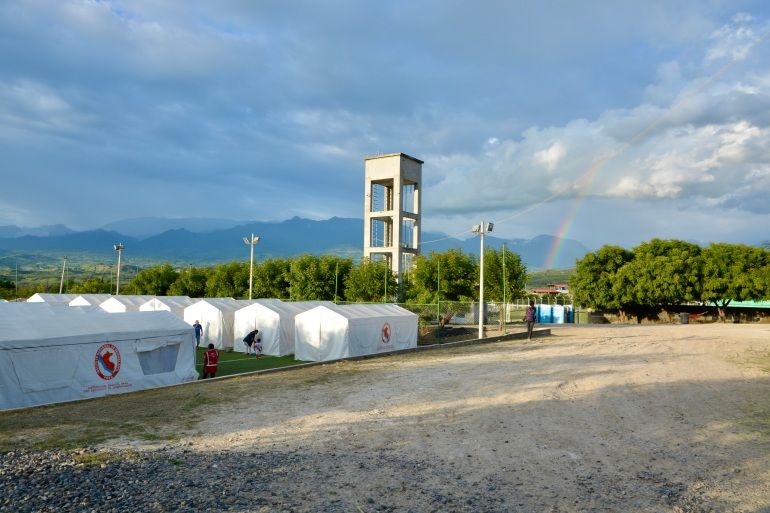 ‘With a bit of hope, things will change,’ says Nelly, the single mother of two

As protests have grown, the government earlier this month declared a state of emergency, allowing the army to supervise highways – a measure some have called an overreach, harkening back to the 2009 violent suppression of protests by Indigenous groups against resource extraction.

Castillo’s approval rating has now plummeted to a record low of 19 percent, according to a recent Ipsos poll.

“Bad governance means that this government will not be able to respond well to needs,” Eduardo Dargent, a politics professor at the Pontifical Catholic University of Peru, told Al Jazeera.

Many of Castillo’s original supporters who were long critical of neoliberal administrations, including some of those affected by the earthquake and its aftermath, are now realising that past governments functioned more efficiently than the current regime, Dargent said.

Meanwhile, as Nelly and her family continue to await temporary resettlement, she clings to hope that their situation will improve: “I should be able to find relief in the future. With a bit of hope, things will change, and this will become a better country.”