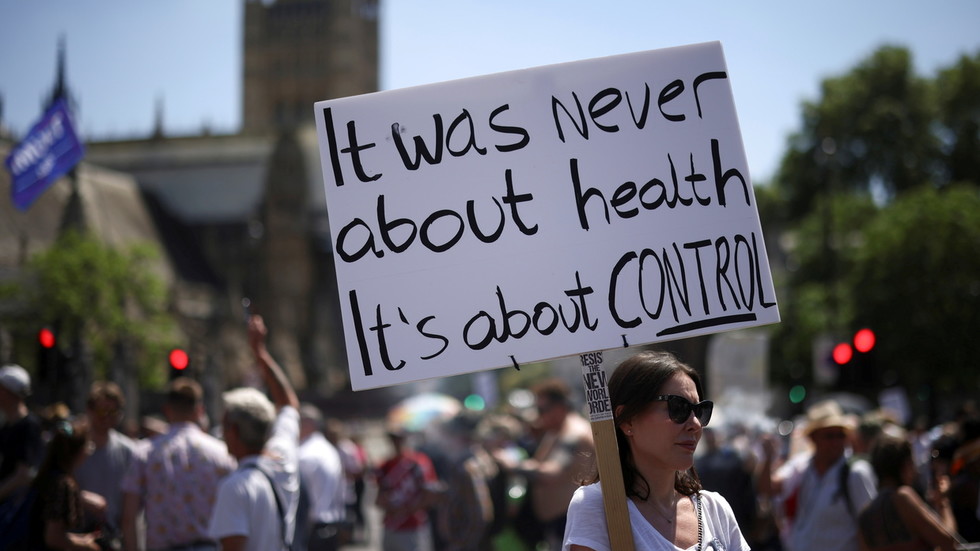 The UK is entering a new phase of its Covid-19 response in which personal judgment will replace draconian restrictions and mask mandates, Housing Secretary Robert Jenrick has said.

Jenrick told the BBC's Andrew Marr on Sunday that he was confident that all coronavirus measures would be lifted on July 19 as planned, stating that the success of the country’s vaccine programme will allow for a return to normality.

While acknowledging that it was possible that cases might rise as restrictions are eased, he said that Britain would have to rethink how it deals with the disease.

"[We] now have to move into a different period where we learn to live with the virus, we take precautions and we as individuals take personal responsibility," he said.

According to Jenrick, “the data is in the right place” to support lifting mask requirements in certain settings – although he cautioned that the choice ultimately rests with Prime Minister Boris Johnson. The minister predicted that people would "come to different conclusions" over masks, and that he trusted citizens "to exercise good judgement” when deciding under what circumstances it might be appropriate to don a face covering. He also signaled that those who have been fully vaccinated could be exempt from quarantine rules while traveling abroad.

In separate comments made to Sky News, the minister said that he would choose not to wear a mask if the rules allowed.

“Some members of society will want to do so for perfectly legitimate reasons but it will be a different period where we as private citizens make these judgements rather than the government telling you what to do,” he said, stressing that once restrictions are lifted, “the state won’t be telling you what to do” anymore.

There is still a heated debate over whether it is prudent to lift restrictions or not on July 19. The so-called ‘Freedom Day’ was originally scheduled for June, but was postponed after the government argued that measures were still necessary. In recent weeks, London has seen a number of large protests against lockdowns, signaling growing frustration with the rules, many of which have been in place nearly without interruption for over a year.
#covid 19  #vaccine  #covid  #coronavirus  #boris johnson
Add Comment