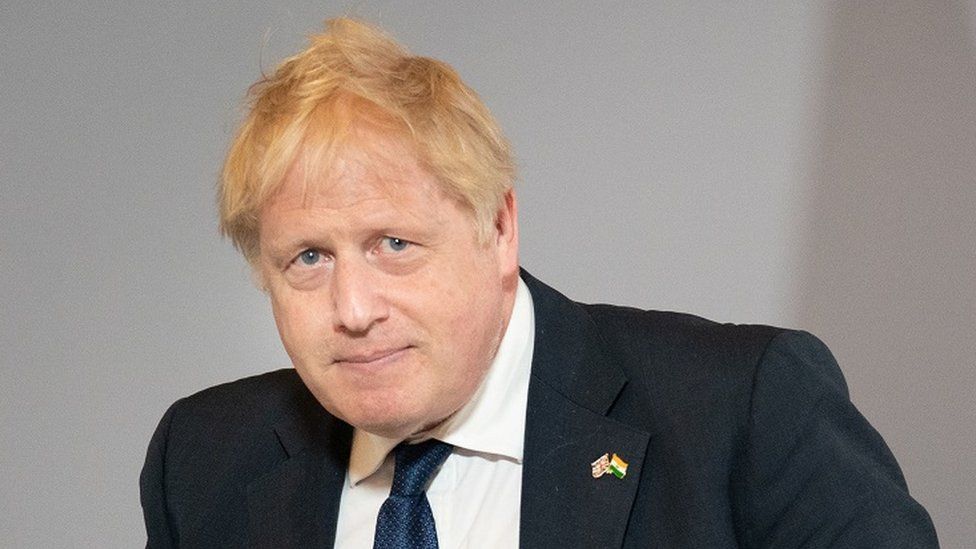 Partygate: PM has not received any further fines - No 10

Boris Johnson has not received any further fines for breaking lockdown rules, Downing Street has said.

The confirmation comes after sources told ITV News fines had been issued for a drinks party in the Downing Street garden attended by the PM in May 2020.

Mr Johnson has previously apologised for attending the "bring your own booze" event, saying he "believed implicitly" it was a work event.

Strict Covid rules were in place when the event was held on 20 May 2020.

People could not leave their homes - or be outside the place they lived - without a reasonable excuse, which included work where you couldn't work from home.

On the same day, the government Twitter account reminded people of the existing guidance that gatherings must be limited to two people outside.

The BBC has not been able to confirm whether fixed penalty notices have been issued over the event.

Meanwhile, Mr Johnson arrived back in the UK after a two-day trip to India, during which he played down the partygate row, saying voters wanted the government to "focus on the issues on which we were elected".

In January, Mr Johnson confirmed he had attended the garden party for 25 minutes to thank staff for their work, but said in hindsight he should have sent everyone back inside.

The event came to light via a leaked email from Mr Johnson's then principal private secretary, Martin Reynolds, inviting people to "make the most of the lovely weather". The email was sent to a distribution list of around 100 people, and the BBC has been told about 30 people attended.

Earlier this month, Mr Johnson, his wife Carrie and the Chancellor Rishi Sunak were fined by the police for breaching lockdown rules by attending a gathering to celebrate his birthday in June 2020.

All three apologised but Mr Johnson and Mr Sunak rejected calls to resign.

The prime minister is known to have attended at least two more of the 12 events being investigated by Met Police - including the 20 May gathering - meaning he could be fined again.

Asked during his trip to India whether he would still be in post by October - his target date for a trade deal with the country - he replied: "Yes."

Boris Johnson might have hoped his trip to India would help shift the focus away from the partygate saga but if anything, things appear to have got worse for the prime minister while he's been away.

He'll now face a parliamentary inquiry into whether he deliberately misled MPs in addition to the police investigation and Sue Gray report.

There are signs too that support among his own backbenchers is slipping away rather than hardening.

Steve Baker, a former Johnson-backer who's now had enough, predicts in an interview with the Telegraph that the Conservatives will "reap the whirlwind" of partygate at the forthcoming local elections.

Repeated calls to resign from opposition parties won't change the prime minister's fate, but the actions of his own MPs could do.

And many of them are waiting for those local election results and to see whether further fines come the prime minister's way before making up their minds about his position.

Mr Johnson now faces an investigation by the Commons privileges committee, after MPs gave it the go-ahead on Thursday.

No 10 initially tried to delay a vote on approving the inquiry, but later backed down in the face of unease among Tory backbenchers.

The committee will determine whether Mr Johnson misled MPs by telling them Covid rules were followed in No 10 - a charge regarded as a resigning matter under the ministerial rulebook. 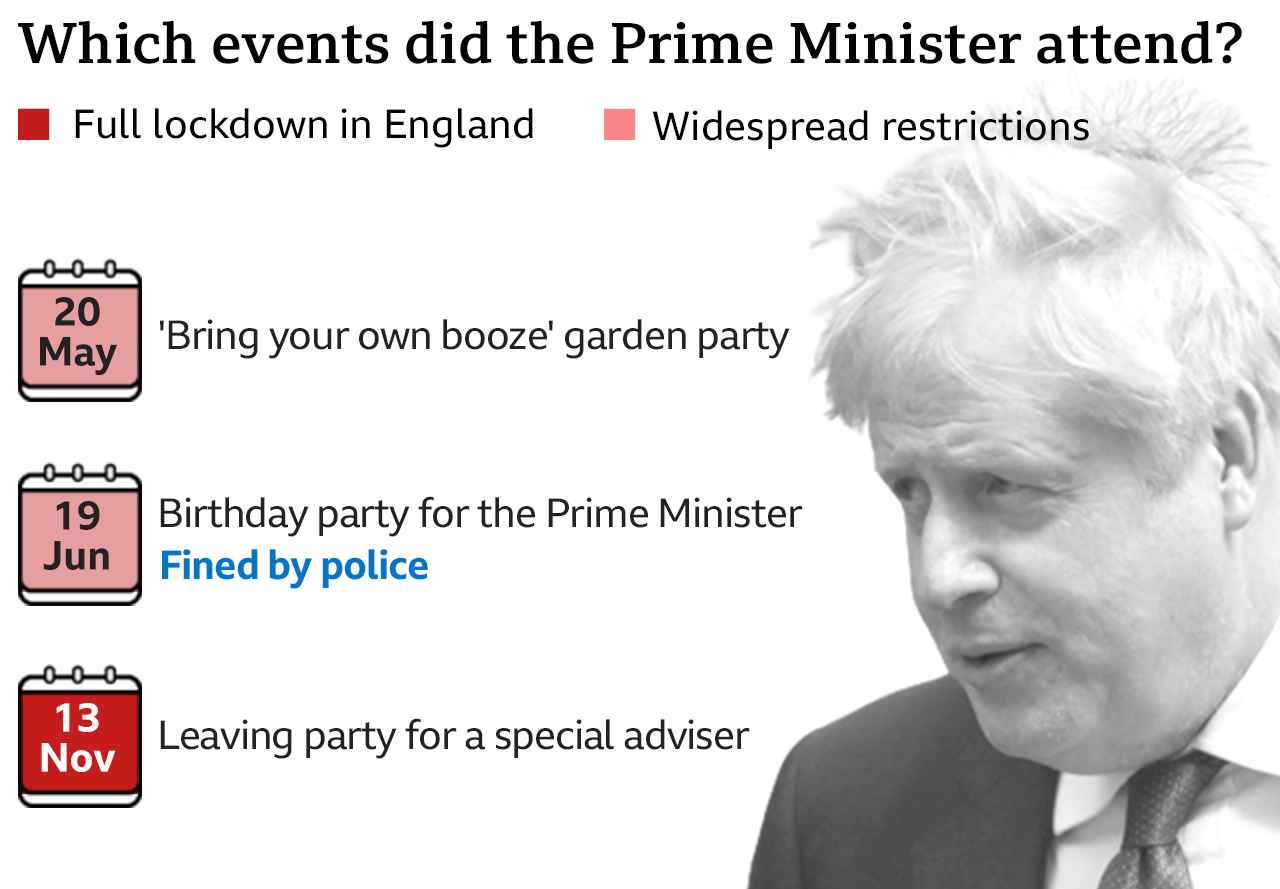