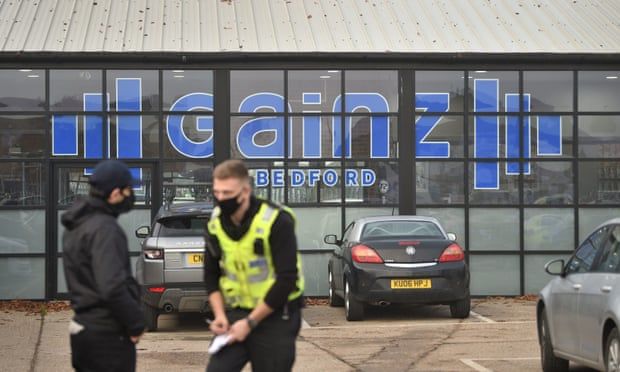 Partygate means all Covid fines should be overturned, lawyer argues

Call for penalties to be scrapped in light of Boris Johnson’s defence of breaches, as 23 already struck down

Covid fines should be overturned en masse in light of the prime minister’s defence for attending lockdown-breaching events, a lawyer has argued, as it emerged more than 20 penalties imposed on businesses had been struck down in recent months.

Lucinda Nicholls, who successfully represented 23 firms and is still fighting on behalf of seven more, said serious deficiencies in the evidence presented against her clients – as well as Boris Johnson’s own apparent confusion about how to apply his own rules – called every penalty imposed under Covid legislation into question.

“Boris Johnson said he found the regulations confusing. Considering they changed about 12 times, it is understandable someone might be confused,” she said.

The lawyer, from the firm Nicholls & Nicholls, added: “In the context of Partygate, the government should be overhauling all of the Covid fines issued to individuals and businesses.

“If the government that brought in the legislation had difficulties with regard to the exemptions and the defences, then that demonstrates that there is clearly going to be confusion among the local authorities and the police in relation to enforcement.”

Gainz Fitness & Strength, an independent gym in Bedford, was one of the firms Nicholls represented. Its owner, Alex Lowndes, risked being penalised when he decided to stay open in November 2020. He felt so strongly about the issue that he had campaigned – albeit unsuccessfully – for the inclusion of a special, blanket lockdown exemption for gyms that same month.

The BBC, which first reported on the overturning of the 23 penalties, said Lowndes denied breaching lockdown regulations when charged following a raid on his gym. The broadcaster said he faced a £10,000 fixed-penalty notice and was due to stand trial last March. But the council failed to gather sufficient evidence and its request for an adjournment was rejected by magistrates.

Nicholls had argued on Lowndes’ behalf that his gym should benefit from the exemptions that were eventually included in the rules.

Data released by the National Police Chiefs Council in March showed police in England and Wales issued 877 notices under business regulations – such as that given to Lowndes – while more than 100,000 were imposed on people over various other allegations. Yet more have been handed out by local councils.

Nicholls said there was no prospect of appeal where the penalty had been paid, since this represented an admission of guilt, and said ministers should act to ensure all were overturned.

Bedford borough council, which gave Lowndes a fixed-penalty notice, said regulations were enforced in line with its duty at the time.

“We brought this case because there was ample evidence for a successful prosecution following the non-payment of a fixed-penalty notice and because it was in the public interest,” a council spokesperson told the BBC.

“It is important that we remember that the threat posed by the virus then was very different to that which we face now.

“The pandemic isn’t over but the combination of immunity from prior infection, vaccinations and antivirals has made it possible for us to return cautiously to the activities that we love.”
#boris johnson  #johnson  #covid
Add Comment