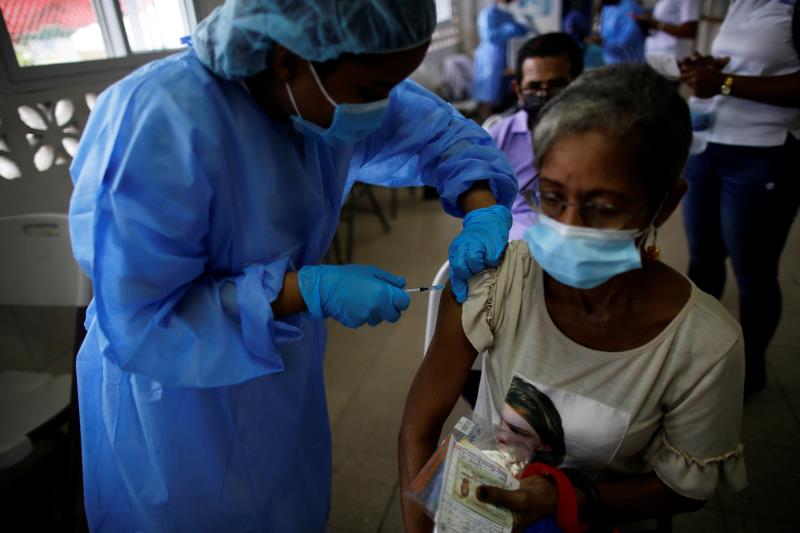 “I urge everybody in Panama to get vaccinated so we can move forward,” 59-year-old Maribel Beitia told Efe Wednesday after receiving a Covid-19 booster at a clinic in this capital’s El Chorrillo district.

The Panamanian government has expanded eligibility for boosters to everyone 18 and up who has received two doses of either of the two vaccines being used in the Central American nation of 4.28 million: the Pfizer/BioNTech and the Oxford/AstraZeneca.

Until Wednesday, the third dose was restricted to people over 55 and others with chronic illnesses.

Panama began its inoculation effort on Jan. 20 and nearly 80 percent of people 12 years old and up have been fully vaccinated, while more than 89 percent have had at least one dose.

The effectiveness of the vaccine declines six months after the second dose and the booster “provides more protection” to individuals, resulting in reduced contagion, the director of the El Chorrillo Health Center, Dr. Max Pinzon, told Efe.

Residents of El Chorrillo, a poor, densely populated neighborhood that was the birthplace of Gen. Manuel Noriega and boxing champion Roberto Duran, did not flock to the clinic on Wednesday to get their third dose.

“The vaccine doesn’t stop you from getting sick,” Pinzon said, but it “averts your being hospitalized or ending up in intensive care. That’s the objective of the vaccine.”

Some areas of the country, including Panama City, have been seeing a rise in new infections and authorities fear the emergence of a fourth wave over the Christmas and New Year’s holidays.

“I have noted that in the community of El Chorrillo the cases have grown in the unvaccinated population,” Pinzon said. “They are patients who have had one dose or none.”

In a televised speech Tuesday, Health Minister Luis Francisco Sucre called on the vaccine-resistant to get the shot “so the country achieves an effective recovery” from the economic slowdown caused by the pandemic.

mike 2 days ago
There is no evidence of the effectiveness of the booster vaccine. However, it is known that many people have been harmed by the vaccination. So why play "Russian Roulette" when there is nothing to win?
View all comments (2)Add comment