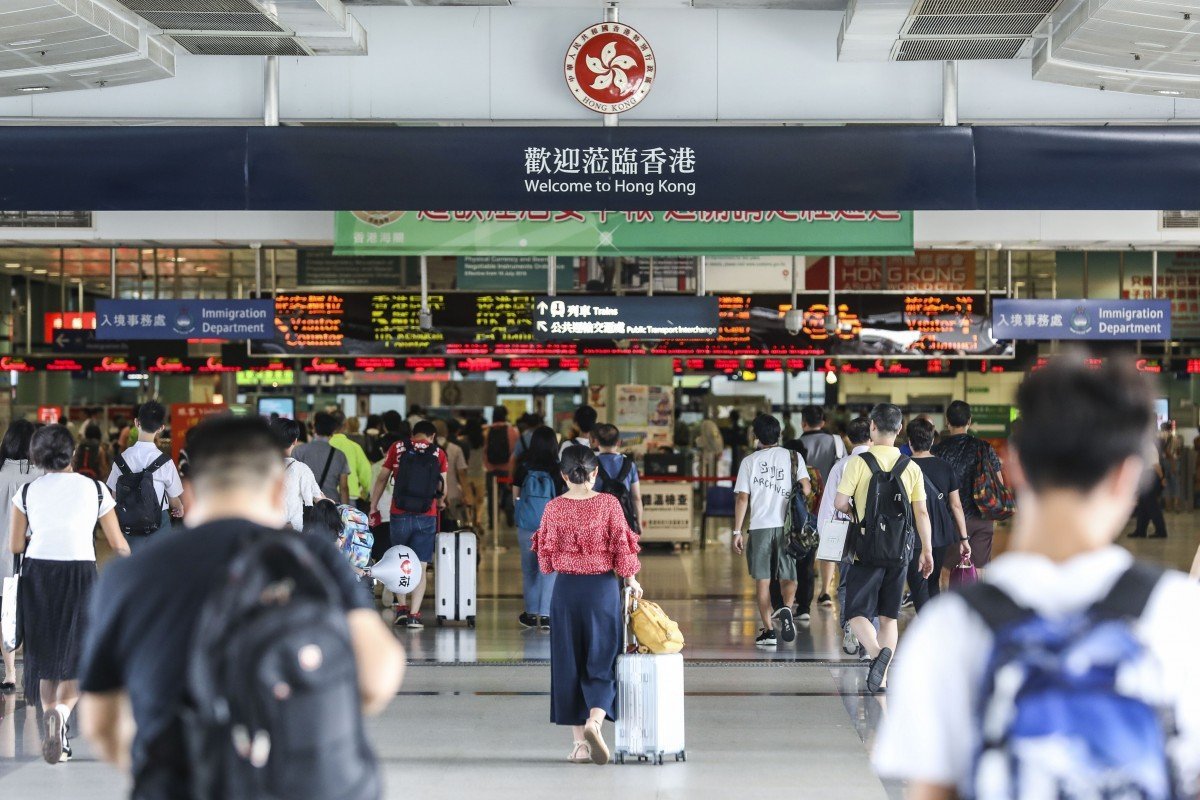 Carrie Lam says internal discussions over move are at advanced stage as time has come for ‘pragmatic approach’.

Hong Kong is in advanced internal talks to reopen the border for local residents living in mainland China to return to the city, with officials hoping the move will help revive the beleaguered economy.

Chief Executive Carrie Lam Cheng Yuet-ngor said on Tuesday that discussions were well under way to relaunch cross-border travel in a “gradual and orderly manner”, while taking into account the risks to public health.

“It is time for us to take a very pragmatic approach to allow people flow, whether [it is] between Hong Kong and the mainland, or Hong Kong and Macau, and Hong Kong with other overseas places,” she said.

Lam said Hong Kong residents living on the mainland should be given priority to return to the city, without undergoing the 14-day mandatory quarantine if they were able to show a negative Covid-19 test.

The arrangement, for which no time frame has yet been given, would allow those living across the border to enter the city to meet relatives and attend to other personal matters.

“We are in advanced internal discussions ... to find a way to facilitate such Hong Kong residents coming back,” Lam said.

Details on whether there was a need for a mutual agreement with Guangdong authorities or to set up a daily quota for travellers, as well as how many border control points should open, were still being discussed, the city’s leader said.

All but three of the city’s border checkpoints have been closed since February, with travellers only allowed to enter via Hong Kong International Airport, Shenzhen Bay, and the Hong Kong-Zhuhai-Macau Bridge.

Visitors from China, Taiwan, and Macau must undergo 14-day compulsory quarantine in a hotel or at home upon arrival in Hong Kong.

Inbound travellers from mainland China, who make up most of the tourists to the city, have fallen at least 99 per cent year on year, every month since March.

Only about 2,300 people crossed the border from the mainland in August, roughly 60 per cent fewer than the nearly 6,000 that visited in July.

Travel Industry Council chairman Jason Wong Chun-tat said the sector was still disappointed that the talks were only focused on allowing Hong Kong residents living across the border to enter the city, rather than extending it to mainland tourists in general.

“We really hope that the government can speed up reopening the border because mainland China is realistically the first place where Hongkongers can travel to,” he said, stressing that tour agents had struggled to make any revenue at all due to global travel restrictions.

Tourism sector lawmaker Yiu Si-wing welcomed the additional details from the government on possibly easing cross-border travel, and hoped the plans would be followed through.

“If we don’t make the first step, then we will never move forward in resuming travel,” he said.

Yiu suggested cross-border travel could start in mid-October, as the coronavirus situation in Hong Kong and China seemed under control.

Meanwhile, nearly all coronavirus cases in China have been imported since mid-August, according to the National Health Commission.

Dr Leung Chi-chiu, a Hong Kong specialist in respiratory medicine, said for city arrivals to skip quarantine they should be required to show a valid negative Covid-19 test result obtained a maximum of three days before travelling.

“The risks should not be too high if they had already tested negative before coming to Hong Kong,” he said. “Especially since Guangdong province has not recorded any local transmissions for two months.”

Leung suggested that border restrictions with the mainland could ideally be eased at least a week after the eight-day National Day “golden week” break starting on October 1, when millions of domestic tourists are expected to travel across China.

“If there are no major spikes in coronavirus cases in the mainland after this stretch, then I think most people would be at ease to reopen the border,” he added.