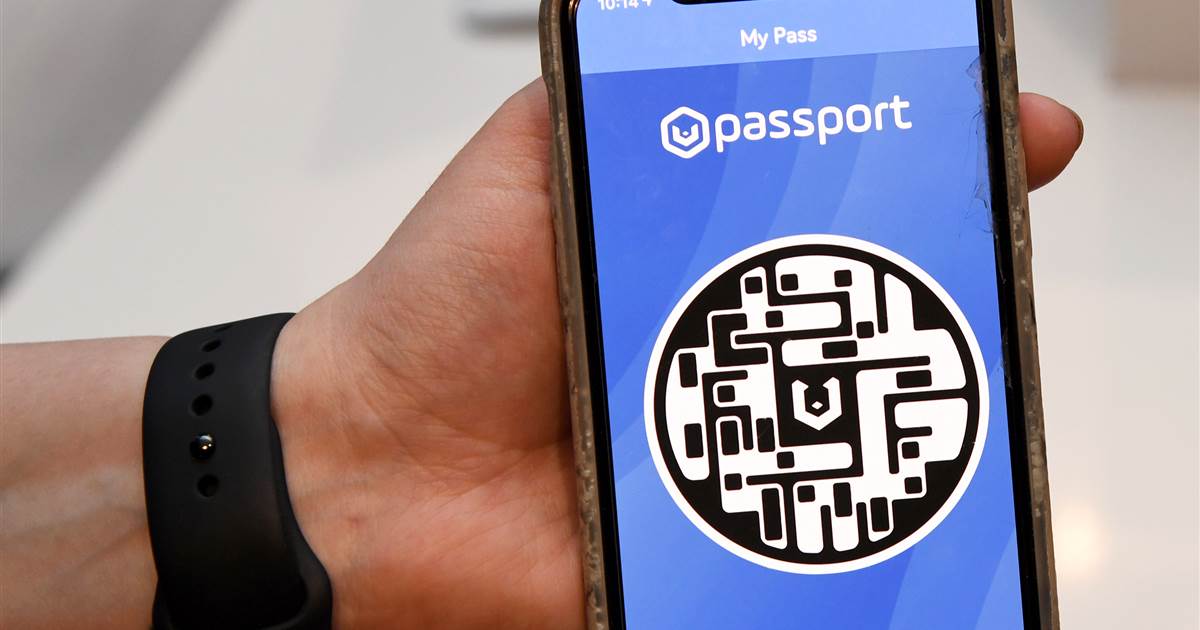 What both sides are getting totally wrong about vaccine "passports"

Governments need not issue or require them; they don't for most vaccinations. But banning them burdens companies trying to make smart decisions.

With nearly 25 percent of Americans having been fully vaccinated, the Centers for Disease Control and Prevention has been issuing new guidelines every few weeks for what fully vaccinated people can safely do. Now, for many, the question is how to prove they've been vaccinated — or trust that others have been.

The most popular answer has been some sort of certification more robust than the paper cards familiar from the Instagram feeds of the newly vaccinated — what has been somewhat misleadingly dubbed a "vaccine passport." And that has sparked a serious backlash.

Texas became the second state to join that backlash Tuesday when Republican Gov. Greg Abbott issued an executive order barring government agencies from requiring proof of vaccination from any person and forbidding them to issue any "standardized documentation for the purpose of certifying an individual's Covid-19 vaccination status to a third party." Florida was first: Republican Gov. Ron DeSantis went further with an executive order April 2 forbidding even private businesses from requiring proof of vaccination status for admittance.

These moves may be borne of a well-intentioned desire to protect individual privacy and liberty, but both are ultimately shortsighted — and unlikely to serve either freedom or public health. Both unwisely conflate the idea of vaccination credentials in themselves with the most unpleasant way they might possibly be used.

The conversation around vaccination credentials would be enormously improved if we could separate two distinct questions.

First: Is it desirable to have a secure and reliable mechanism to determine who has been vaccinated against the coronavirus for at least some purposes?

And second: In what contexts is it desirable and appropriate to demand proof of vaccination as a condition for participating in some activity?

The answer to the first question should be easy: Of course. There are numerous contexts in which showing evidence of vaccination is either already required or has clear benefits. So a secure, easily verifiable record is self-evidently preferable to a handwritten scribble on card stock that anyone with a laser printer could forge.

International travel is an obvious example: Several countries have already signaled that they will begin admitting American visitors again but that they will require proof of vaccination. Americans returning from abroad, meanwhile, are already obliged to show recent negative Covid-19 tests. The U.S. airline industry has asked the CDC to alter its guidelines to waive that requirement for those who have been fully immunized (which seems like common sense). While providing a negative test result should always remain an option, insisting that people who have already been immunized be tested repeatedly is a costly and pointless burden on the right to travel.

If it's sometimes necessary to verify a person's vaccination status, then it's hard to argue that the process shouldn't be as secure, reliable and convenient as possible. The primary way Americans establish their immunization histories — those little immunization record cards that health care providers are required to give patients along with their jabs — is none of the above. The critical information is typically handwritten — and not always legibly or accurately — and the card itself is both easy to lose and trivial to forge.

Little wonder, then, that at least 17 initiatives are already underway to provide a more secure alternative.

The details vary, but the core idea behind most is to take advantage of encryption technology to create an upgraded version of the current immunization record card. Health care providers could cryptographically "sign" an encoding of some minimal, critical details: patients' names, the dates of immunization and which of the vaccines they received. This authenticated data could then be encoded in machine-readable form — such as a bar code or a QR code — and printed out or stored on the patients' mobile devices. Anyone with the right app to read the code would be able to verify that a legitimate health care provider had, indeed, produced the record.

None of this requires any kind of master database storing people's health information or that a government agency issue "passports." As long as a common set of protocols is widely used, health care providers can maintain their own records and issue their own certificates. These upgraded certificates need not — and should not — contain any more private information than is already printed on the record cards.

The second question — whether it's desirable and appropriate to require people to show proof of vaccination to participate in some activities — is, of course, more contentious. Many seem to fear that vaccination certificates would quickly give rise to an authoritarian scenario in which Americans are expected to "show [their] papers, please," to engage in routine activities like grocery shopping.

But that's neither necessary nor likely, and such concerns aren't a good argument against the certificates themselves. If some states are concerned that anyone might be asked for a vaccination card at the grocery store, state policy can reflect that specific concern and prohibit certain essential facilities from denying access to people based on their vaccination statuses. But in the absence of a government mandate for every business to check vaccination IDs, there is little reason to think this is a realistic scenario.

Private business, after all, are typically loath to turn away paying customers — or to waste time, money and energy "carding" patrons unnecessarily. Unless they are required to do so, there is no reason to expect the vast majority of businesses that are happy to admit masked customers with appropriate precautions to create more barriers to customers' entry.

There are, however, many categories of business that are hard-pressed to operate normally with minor precautions like masks, and they have found it challenging to ensure the safety of their staff members and patrons even with extensive safeguards. Numerous Covid-19 outbreaks have been traced to gyms, for example, where, even with masks and social distancing, all that exertion and heavy breathing make it hard to limit spread. Exercise facilities' bottom lines have also, not coincidentally, been hit particularly hard by the pandemic, and, while many have begun to reopen, they are likely to find that some members would rather stick to the Peloton if they're expected to remain masked for an indoor hot yoga class.

Reliable immunization certificates, then, could make it possible for gyms and other businesses with similarly special risks to return a little closer to their normal, perhaps by reserving certain hours for fully immunized members, when distancing and masking rules could be safely relaxed.

Cruise lines — which became notorious early in the pandemic as floating superspreader events — are already announcing that they plan to set sail this summer with all crew members and passengers fully vaccinated. Restaurants now opening for outdoor dining only or seating at drastically reduced capacity might similarly be able to accommodate more diners if they were able to distinguish between immunized and unvaccinated patrons.

Either way, businesses are the best judges of what policies toward vaccinated and unvaccinated customers are appropriate for their particular circumstances. Government shouldn't force anyone to be vaccinated, but it should also be reluctant to override private businesses' decisions about how to best protect and satisfy their customers and employees.

Ideally, of course, all this will soon be moot: As more Americans are vaccinated and herd immunity hopefully eventually kicks in, it will probably no longer be worth the effort to determine who has been immunized.

But if that doesn't happen, some sort of infrastructure to verify vaccination status could be key to avoiding another round of total lockdowns in the face of a possible resurgence.