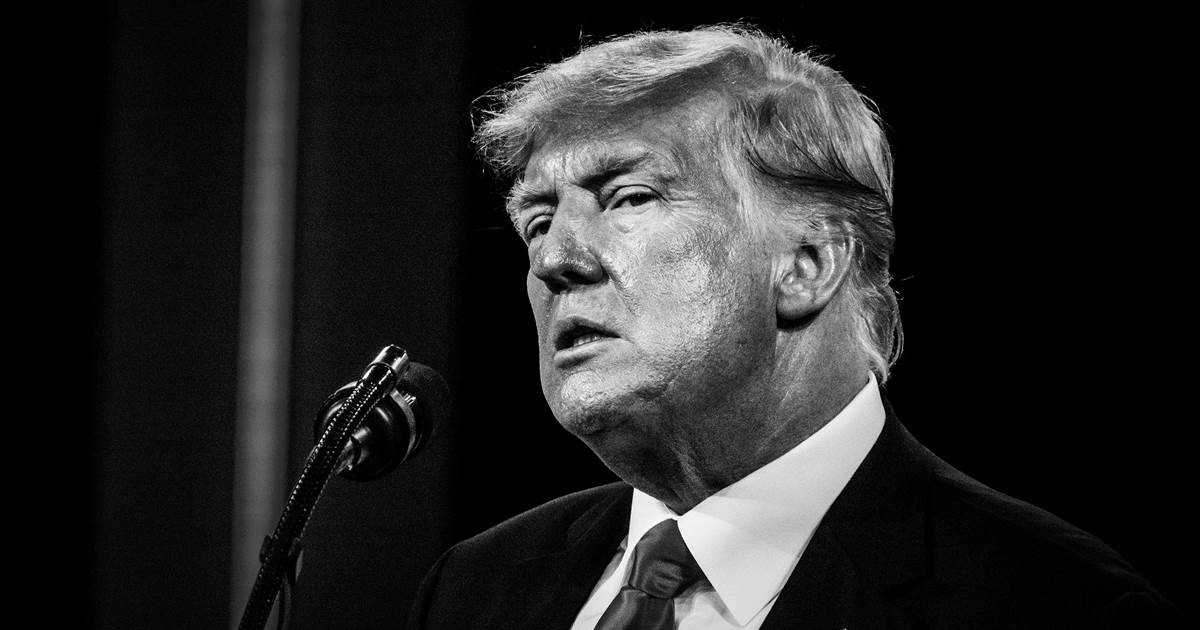 The former president will never move beyond 2020, which is why he has no future when it comes to 2024.

In four years, the Republican Party lost control of the White House, the Senate and the House of Representatives. The blame falls squarely on one person, and one person alone: Donald J. Trump. Under normal circumstances, this would be a time for the party to reflect, learn and look toward the future.

Instead, after licking its wounds for a few months, the Republican National Committee held a spring retreat in south Florida this past weekend whose marquee event was an excursion to Mar-a-Lago to hear the former president speak.

There’s no question that Trump remains the leader of the Republican Party, though leadership was the last thing he offered during his angry tirade against Senate Minority Leader Mitch McConnell, former Vice President Mike Pence and even Dr. Anthony Fauci.

One attendee told Politico the speech was “horrible, it was long and negative.” Well, of course it was. Trump has never been anything but long-winded and divisive.

While that style might still have a lot of appeal to the Republican base, and therefore begrudging acceptance among some of the party bigwigs he lambastes, it’s not enough for him to get re-elected in 2024. In fact, it will be one of his biggest obstacles.

After all, Trump’s cult of personality couldn’t earn him a second term when he was an incumbent with all the tools of power and media domination at his disposal. And much as the man who was loaned upward of $1 million by his father to start his business likes to claim his success was entirely self-made, political wins depend on support — and funds — from other people, too.

The high-end donors who attended the Florida retreat were not pleased with what they saw. Several are weighing whether they want to invest in a revenge-filled candidate who doesn’t care —and could jeopardize — House and Senate races, per Politico and The New York Times.

While Trump talks a big game about wanting to win back the House and the Senate in 2022, he couldn’t care less about the Republican Party. He’s demonstrated that it really doesn’t matter to him who wins an election, just who loses. At the Conservative Political Action Conference in February, Trump publicly announced that he would target Republicans who voted to impeach him. He couldn’t have been more pointed when he said, “Get rid of them all.”

Trump’s priorities couldn’t have been clearer in his closing chapter as president. After he lost the presidential election, control for the Senate was to be decided by two runoff elections in Georgia on Jan. 5. The odds were against the Democrats picking up both seats, and a push from the outgoing president could have helped decide the razor-thin contests.

But Trump still was raging on about how he didn’t lose Georgia — which he did — and that there was tremendous fraud — which there wasn’t. This created a rift in the Republican Party, as McConnell wanted to move on and focus on the Senate seats. Trump, wanting to focus on himself, continued to charge that the election was rigged and voters shouldn’t trust the certified results. Trump’s message won out; as did the Democratic Senate candidates, who benefited from suppressed Republican turnout.

Another central GOP complaint throughout Trump’s tenure has been his refusal to ever discuss anything positive; in the White House, he preferred to attack the Democrats rather than tout his achievements.

Nothing stands out as an example more than the tremendous success of Operation Warp Speed, a public-private partnership designed to develop, mass produce and distribute multiple vaccines months ahead of the usual schedule. (Then again, if Trump mentioned Operation Warp Speed, he would also remind people of his gross mismanagement of the Covid-19 crisis.)

But Trump prefers to remind people of those he thinks have wronged him. He does this in part to rile up his supporters and warn people what happens when you defy him, in part because it keeps him in the spotlight, and, most of all, because he just can’t help himself. Which is why he will never win the presidency in 2024.

If you look at the polls and listen to the Republican base, they want Trump to run again. It’s almost amusing to watch all of the GOP 2024 wannabes waiting on the sidelines, biding their time while Trump decides if he’s going to run again.

But these are the things that Trump cares about right now: exacting revenge against those he sees as betraying him, staying out of legal trouble and keeping up his fundraising grift. As I’ve written previously, his fundraising is not about the politics, it is about his own self-interest. Even Trump probably can’t believe the financial windfall; after all, his fundraising racket makes his Trump University swindle look like peanuts.

All of these desires help feed Trump’s inability to admit he lost. He still rages and spreads the big lie, including some truly bizarre election conspiracies reported by The New York Times this past weekend involving “Zuckerberg” and $500 million spent on a “lockbox.” (Lockbox for what, you ask? No one knows — it was a rant.) For good measure, he attacked McConnell, the most senior GOP official still in office, as a “dumb son of a b----” and “stone-cold loser.”

As the ex-president shuffles around Mar-a-Lago, muttering lies and rattling off his list of enemies, he may want to stop and look into one of those big, gold, gilt mirrors. What he will see in the reflection is his own worst enemy — and a man who will only be a one-term president.