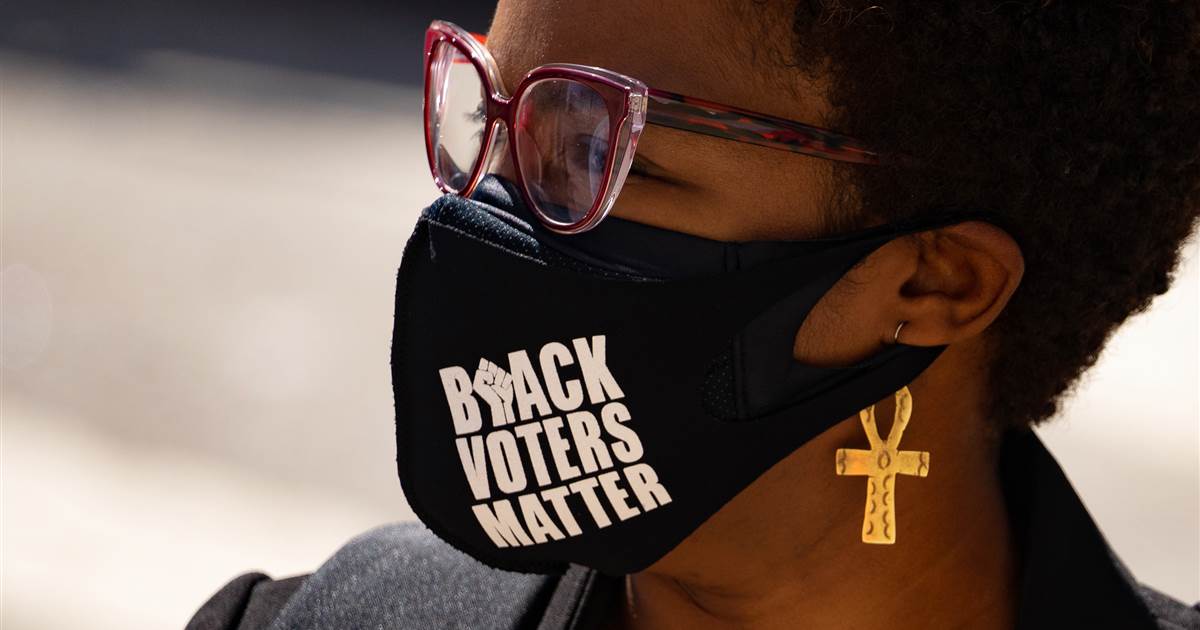 The league hasn't historically done the right thing when it comes to racial discrimination. But it's never too late to start — and this was a good moment.

Given that Major League Baseball does not exactly have a sterling record when it comes to opposing racial discrimination, Friday’s news that MLB moved the July 13 All-Star Game out of Atlanta because of Georgia’s new voter-suppression law could have been mistaken for a belated April Fools’ Day joke.

But it really happened.

MLB is choosing to play on the right side of history this year by relocating both the game and the July amateur draft because Georgia’s Republican governor, Brian Kemp, signed a bill that experts all agree would make it harder for people of color to vote — just because they tend to vote for Democrats.

Given Major League Baseball’s history, it comes as a pleasant surprise to see the league take such a principled stand.

MLB did not release a statement condemning last May’s police killing of George Floyd in Minneapolis for nine days — well after every other major American sports league had done so.

MLB barred Black players from its fields for generations, until Jackie Robinson’s 1947 debut with the Brooklyn Dodgers. It only began counting the records of the 3,400 professional players consigned to the Negro Leagues as a result of MLB’s racist policy in December 2020. MLB did not have its first Black field manager for a team until Frank Robinson led Cleveland in 1975.

And MLB did not have a woman general manager until Kim Ng joined the Miami Marlins last year. Ng, an Asian American with 30 years of front-office experience, might still have been bypassed for a GM job had she not been hired by Derek Jeter, the only Black CEO in the major leagues.

And MLB still has two franchises with racially insensitive names: the Cleveland Indians and the Atlanta Braves. Atlanta fans are actually encouraged to make stereotypical "tribal" noises and pretend to chop with Styrofoam tomahawks during games.

Cleveland’s ownership says the team will have a new name next year. But right after MLB made its announcement about the All-Star Game, Atlanta’s baseball team criticized the decision. And even if Atlanta management said that simply to try to appease its politically conservative fans in the state, it was awful.

Still, MLB can take a home run trot for ignoring any possible right-wing backlash and following a bold example set by other leagues. And for doing so, praise has come as swiftly as a Gatorade bath after a game-winning hit.

“Way to be a leader and take a strong stance!” tweeted basketball legend Magic Johnson, a part-owner of the Los Angeles Dodgers. “That was a pretty big and bold move by baseball, and I’m proud of the fact they stood by the voting rights of people,” said Houston Astros manager Dusty Baker, who played the first eight years of his career in Atlanta.

Basketball superstar LeBron James, who recently became a part-owner of the Boston Red Sox, tweeted, “Proud to call myself part of the @mlb family today.”

The credit is well deserved, even though MLB did not take the lead on this issue.

More than 70 Black chief executives, including the CEOs of American Express and Merck, had already signed a letter condemning the Georgia bill. Atlanta-based Coca-Cola and Delta along with the National Football League’s Atlanta Falcons and the National Basketball Association’s Atlanta Hawks expressed their opposition to the bill.

There is also plenty of precedent for taking their ball and going elsewhere.

The National Football League moved Super Bowl XXVII from Arizona to Pasadena, California, in 1993, after Arizonans voted down an initiative to make Martin Luther King Jr. Day an official holiday. Ever since Arizona came to its senses, the NFL has allowed the state to host Super Bowls.

The NBA moved the 2017 All-Star Game from Charlotte, North Carolina, to New Orleans because of a North Carolina law passed in 2016 that prevented local governments from extending civil rights protection to gay and transgender people (colloquially known as the state’s “bathroom bill,” as it was designed in part to prevent transgender people from using the bathrooms of their choosing). (The National Collegiate Athletic Association also moved its events out of North Carolina in 2016 and 2017.) But after the state repealed portions of the law, Charlotte hosted the 2019 NBA All-Star Game.

America’s culture wars are, however, not likely to end anytime soon — and certainly not in formerly beet-red Georgia, where voters have now elected Democrats for president and both U.S. Senate seats, which is what led to Georgia’s voter-suppression law.

If you can’t beat ’em, the Republicans that still controlled the Statehouse seemed to say, disenfranchise ’em. And then accuse ’em of threatening U.S. democracy.

“Georgia will not be bullied by socialists and their sympathizers,” Kemp said in response to MLB’s decision. “We will continue to stand for accessible, secure elections that are free and fair.”

The bill Kemp signed does no such thing, of course, which is why it has been so widely denounced. Kemp complains about “cancel culture and woke political activists” coming after “you" — but by “you,” he means only white conservatives, not the people he wants to disenfranchise.

Regardless of what Kemp says, Georgia did not lose the All-Star Game because of “wokeness” or “cancel culture” but because of his authoritarianism and undemocratic policies.

Those policies, it turns out, are costly for everyone. Economists say that a baseball All-Star Game played in a major city such as Atlanta can bring as much as $100 million to local coffers. Now, all that money will go somewhere else.

Perhaps it will go to Los Angeles, where the 2020 All-Star Game would have been played if not for the Covid-19 pandemic. Washington, D.C., the site of the 2018 game, and Cleveland, the host of the 2019 game, are also possibilities now that MLB has taken a serious look at an unjust law and decided to do the right thing.