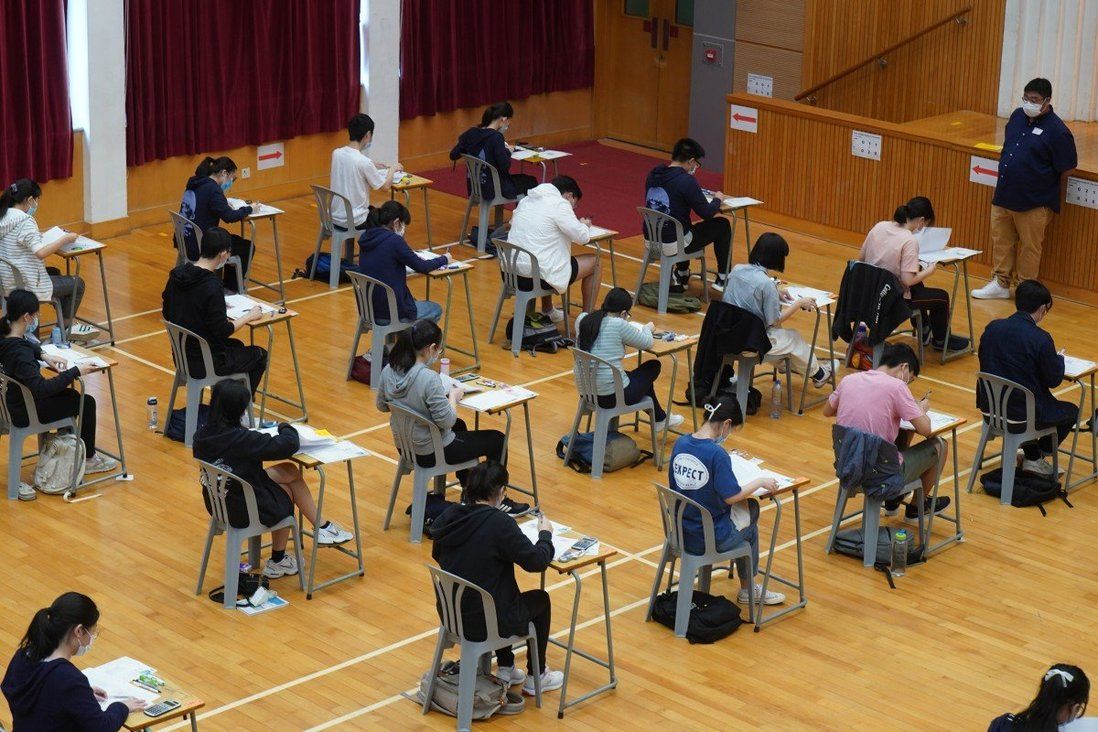 Some 20 per cent more Hong Kong students applied to mainland universities this year than in 2020, while the number applying to Taiwanese schools jumped 30 per cent.

The number of Hong Kong students seeking to study at universities in mainland China and Taiwan has reached its highest point in years, with the latter experiencing a 30 per cent spike in applications compared to 2020.

A major student guidance centre linked the surge to a broader increase in interest in studying at universities outside Hong Kong – even as competition for spots at local institutions has declined – saying the trend could be related to political concerns at home or a perception of better prospects abroad.

“Over the past two years, more students – no matter whether they are pro- or anti-government – tended to feel that leaving Hong Kong to pursue further studies was more suitable,” said Ng Po-​shing, a student guidance consultant with the Hok Yau Club.

“It might be a reflection that the current [scholastic] environment in Hong Kong is no longer as preferable to them.”

The uptick in applications to mainland and Taiwanese schools coincided with similar ones for countries such as Britain and Australia, according to education consultants, even amid travel restrictions brought on by the Covid-19 pandemic.

Data released on Thursday by the China Education Exchange (Hong Kong) Centre, one of the major routes for students to apply to mainland schools, showed 4,783 applications had been received this year from high school graduates.

The figure represented a 19.7 per cent jump from last year’s 3,993 applications, and was the highest recorded since the Diploma of Secondary Education
(DSE) university entrance exam was rolled out in 2012.

Numbers provided on Thursday by the Taipei Economic and Cultural Office, meanwhile, show Taiwanese universities received 4,696 applications from bachelor’s hopefuls in Hong Kong this year, a 30.3 per cent rise from 3,603 in 2020. 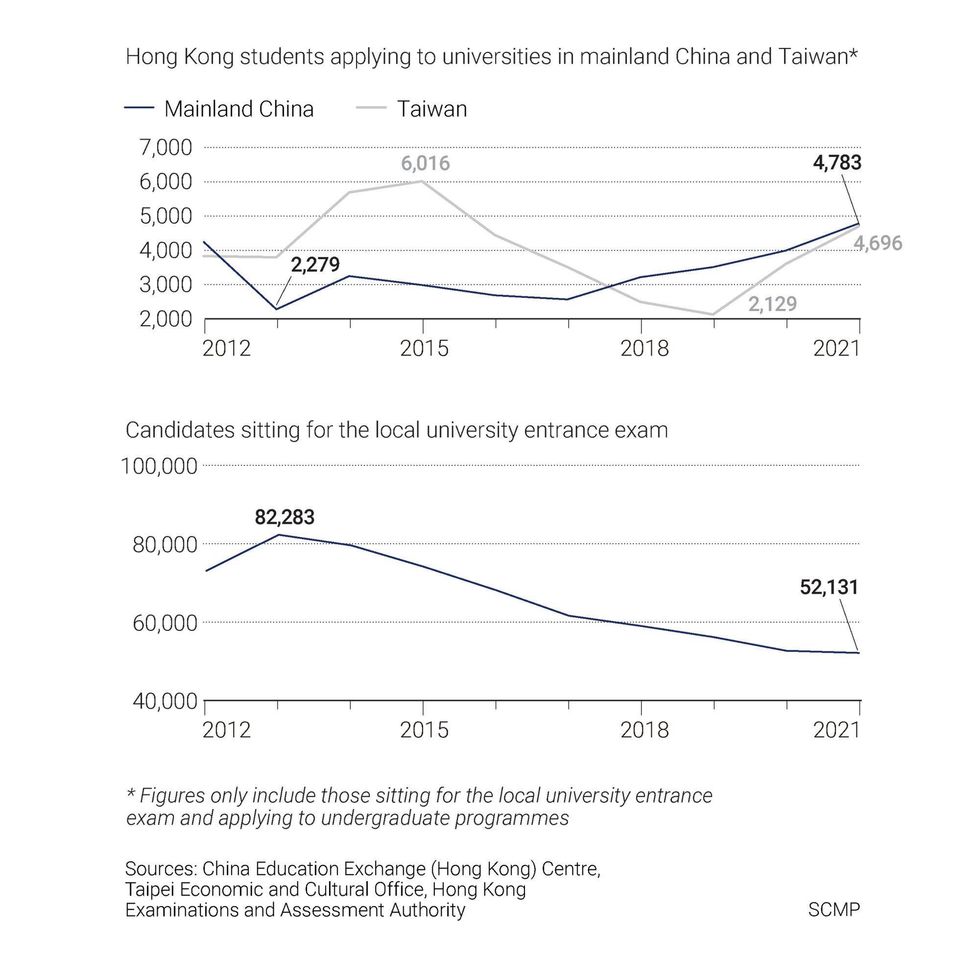 This year’s figure is the highest since 2015, when 6,016 high school graduates from Hong Kong applied to institutions in Taiwan.

The number of students sitting for the DSE has been steadily declining for years, with just over 52,000 candidates taking the exam this year – down 37 per cent from a high of more than 82,000 in 2013. The number of places at local publicly-funded universities, however, has remained steady, at around 15,000 each year. 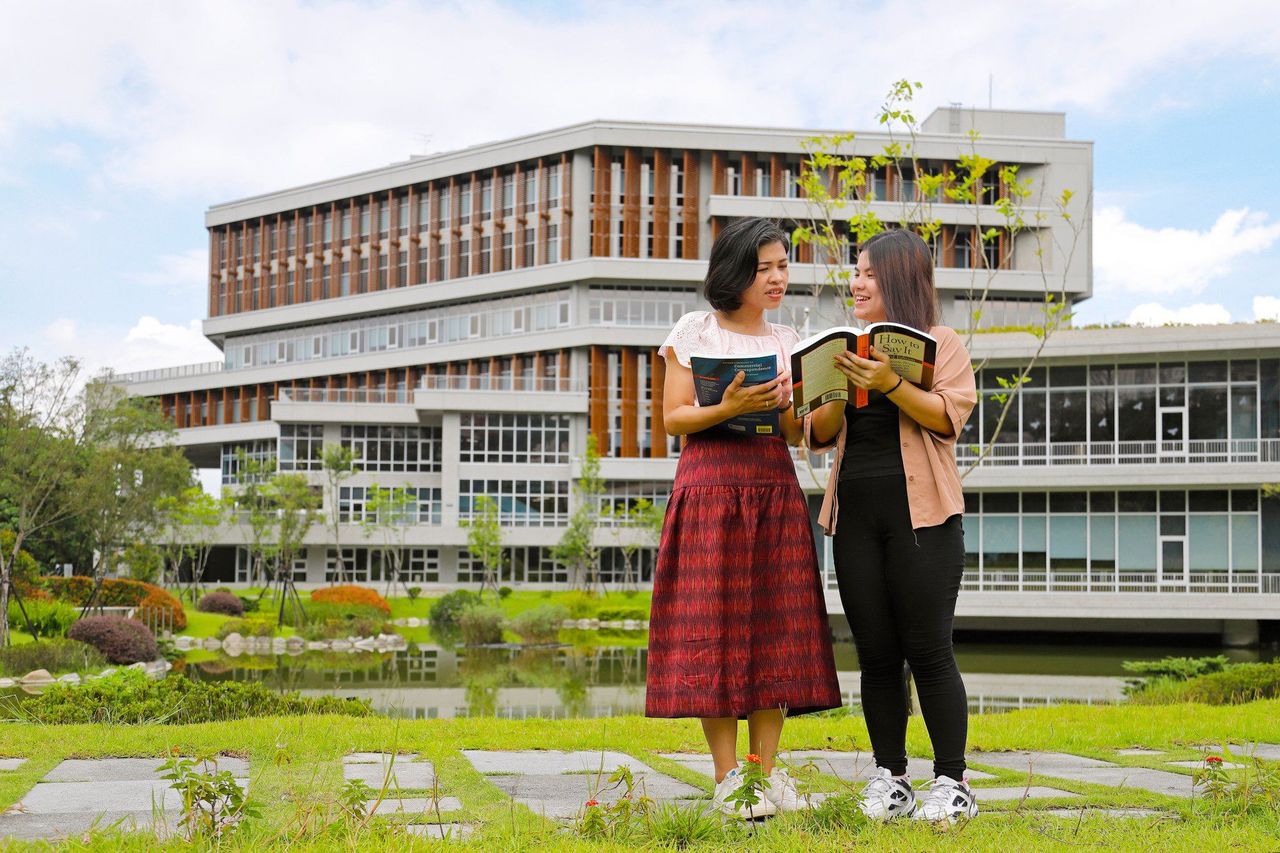 Interest among Hong Kong students in Taiwanese institutions, such as the National Chengchi University (pictured), has spiked.

A spokeswoman for the Taipei Economic and Cultural Office would not be drawn on whether the increase in applications was related to political concerns, but said a high-quality education system and a broad range of university subjects were among the reasons students found Taiwanese institutions attractive.

Ng, from the Hok Yau Club, said the Beijing-imposed national security law also played into some pupils’ decision to leave Hong Kong, adding that some might be looking to permanently emigrate in the long-term.

“There are multiple factors. Some students might be worried about changes to Hong Kong’s academic freedom, while some believe there are better prospects in places including mainland China,” he said.

The latest data flew in the face of an annual survey compiled by the guidance centre in March, which found slightly fewer pupils were inclined to study in mainland China and Taiwan this year.

High school student Kona Siu, 17, who applied to universities in Taiwan this year, said she chose the self-ruled island because of its more affordable tuition and preferable study environment, adding she might consider staying there to work.

The local education scene has seen significant changes over the past year, including new requirements for schools and universities to promote national security education on campus. Several universities have also distanced themselves from their student unions over concerns relating to their opposition to the security legislation.

Meanwhile, a report commissioned by China’s Ministry of Education last week raised eyebrows after it suggested Mandarin should be incorporated into the local exam system, while simplified Chinese – rather than the traditional characters favoured in Hong Kong – should be granted a legal status in the city.

On Thursday, the city’s education minister, Kevin Yeung Yun-hung, said the proposals were related to long-term education policies that required careful consideration, but added that Hong Kong students were already learning Mandarin and some simplified Chinese.