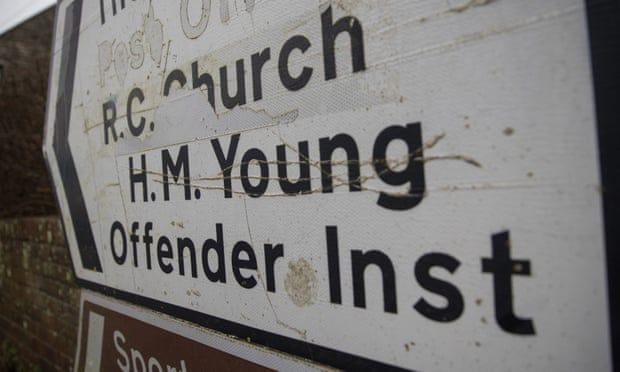 The number of children in custody in England and Wales is expected to double by 2024, according to a report by Whitehall’s public spending watchdog, which also highlights that black and minority ethnic children are increasingly over-represented in the youth justice system.

The National Audit Office (NAO) report said in 2021 more than half (53%) of children in custody were from minority ethnic groups, up from less than a third (32%) 10 years earlier, while the proportion of black children increased from 18% to 29% over the same period.

The report said that after long-term decline, the number of children in custody is expected to rise rapidly as a direct result of increased police recruitment, moves to tackle the court backlog caused by Covid and tougher sentencing after the passing of the police, crime, sentencing and courts reform bill.

According to the NAO, the average number of children in custody fell by 73% in the decade up to 2021, reflecting the decline in the number of youth offences. Latest forecasts, however, indicate the number of children aged 15-17 in young offender institutions (YOIs) will double from 343 in 2021 to 700 just four years later, raising concerns about capacity in the system.

Almost three-quarters of all children in custody are held in a YOI, while those who are deemed too vulnerable are housed in secure training centres (STCs) or secure children’s homes. Inspectors have raised persistent concerns over the welfare, safety and outcomes for children in England’s three STCs, and closures have led to children being moved to less suitable types of youth custody.

The government has promised to deliver two new secure schools to try to improve the life chances of children in custody, but according to the NAO, the opening of the first has been delayed by approximately three years, while costs have gone up from £4.9m to £36.5m, after significant design revisions following due diligence.

“Due to wider financial constraints, Her Majesty’s Prison and Probation Service has not started work on the second secure school,” the report notes.

Dame Meg Hillier, the chair of the public accounts committee, said it was a crisis in the making. “Years of mismanagement and poor performance has meant the youth justice system risks failing many of the children who end up in custody.

“Persistent concerns over the STCs have not been heeded, and now their closures have led to vulnerable children being sent to other facilities which aren’t as suitable for their complex needs.”

She added: “Children in custody are expected to double by 2024, yet new facilities are delayed and existing ones are failing to meet standards. Without proper support, the chances of these children to turn their lives around is distressingly slim.”

Andrew Neilson, the director of campaigns at the Howard League for Penal Reform, said: “When a child is in trouble, we should do all that we can to keep them safe and guide them away from crime. This is why it is so concerning that, after a decade in which the number of children in custody has been reduced by 80%, recent policy decisions risk sweeping more boys and girls into our failing criminal justice system.”

He said the growing racial disparities in youth justice have been of increasing concern to the Howard League. “Ministers need to get serious on how the government will reverse this unacceptable state of affairs.”

A Ministry of Justice spokesperson said: “We are committed to ensuring public safety and the best possible outcome for every child in our care. Our new secure school will put education, healthcare and rehabilitation at the heart of our efforts to cut crime and keep the public safe.”
#covid
Add Comment