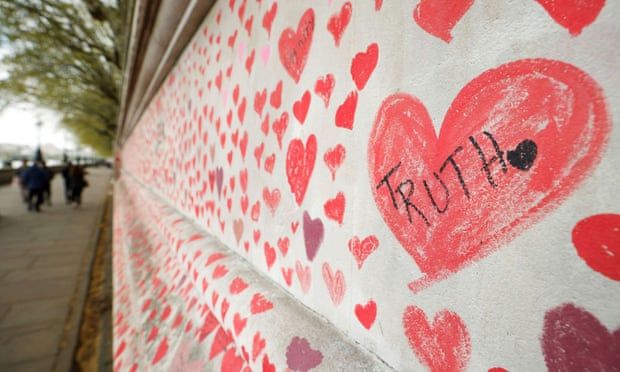 Boris Johnson’s refusal to trigger a public inquiry into the UK’s handling of Covid is facing a fresh challenge as some of the country’s leading experts in government and healthcare demand the launch of an immediate investigation.

The Institute for Government (IfG), whose leadership includes the former Conservative cabinet minister David Lidington and the former Labour science minister Lord Sainsbury, will call on the prime minister to set up a statutory public inquiry in May, with hearings to start in September.

At the same time the respected healthcare thinktank the King’s Fund, which is chaired by Lord Kakkar, a government adviser on race and professor of surgery at University College London, will tell Downing Street: “Now is the time.”

Their intervention comes weeks after the Guardian revealed the extent of support for an inquiry, with senior doctors, government scientific advisers and a former head of the civil service all demanding that Johnson launch a process.

He has resisted so far – insisting it is not the right time.

Despite his denials, recent claims the prime minister exclaimed “no more fucking lockdowns – let the bodies pile high in their thousands” late last year have reignited calls from the bereaved for an inquiry.

Now, the IfG and the King’s Fund have added their weight, urging the prime minister to make good on a commitment he first made last summer.

In its 33-page case for an urgent investigation into a pandemic that has claimed more than 150,000 lives according to death certificates, the IfG will say an inquiry could provide “a locus for collective grief” and deliver “some form of justice for the victims and their families”.

Despite repeatedly promising an “independent inquiry” Downing Street has not committed to a full statutory investigation with the power to subpoena witnesses and evidence. Earlier this month it sparked anger by telling the bereaved that ministers and civil servants would be too busy handling the pandemic and vaccination programme for months to come.

But the IfG states: “Decisions made by the Johnson government have led to more deaths, more economic harm and more other costs to livelihoods than we might have seen otherwise. This and future UK governments need to learn from what happened and change as a result in preparation for future crises.”

The King’s Fund wants Johnson to appoint an independent chairman now and agree the terms of reference to address the “profound and sobering” impact of the pandemic in the UK compared with many other European countries.
Advertisement

“The prime minister, in terms of respecting the loss of the country, will need to go through a learning process,” said Sally Warren, the King’s Fund director of policy and a former director of social care at the Department of Health. “A public inquiry is about learning, not blame.”

Public inquiries could be announced in Wales and Scotland after next week’s elections with government leaders saying they wanted investigations. The thinktanks’ intervention will pile further pressure on Downing Street to act, with recorded new Covid infections in the UK at the lowest level since the start of September 2020 and nearly 34 million people having received at least one dose of vaccine.

The King’s Fund said: “The suggestion that everyone in government is too busy for an inquiry is a poor excuse.”

The list of bodies and public figures now demanding an inquiry includes the British Medical Association, the Trades Union Congress, the archbishop of Canterbury, the Labour leader, Keir Starmer, the government scientific adviser Prof John Edmunds, the Muslim Council of Britain and the Covid-19 Bereaved Families for Justice group which represents more than 3,000 families who lost their loved ones to the virus.

The Royal College of Nursing (RCN) also repeated its commitment to an inquiry on Thursday, saying: “Justice delayed will be justice denied.” Last year the deaths of 256 nurses, nursing auxiliaries and assistants in England and Wales involved Covid, according to the Office for National Statistics.

“All nursing staff deserve to have their experience of working during Covid-19 heard,” said Jude Diggins, the RCN’s interim director of nursing, policy and public affairs. “Nursing staff are looking for politicians to demonstrate progress on this.”

But Downing Street is holding its position. A government spokesperson said: “Opportunities to look back and learn lessons from our response … will include an independent inquiry at the appropriate time. But currently we are rightly focused on protecting public health and saving lives through the vaccination programme and the Covid restrictions in place.”

The government has previously said investigations by parliamentary select committees and the National Audit Office are already ensuring lessons are learned. But the bereaved have dismissed this approach as “MPs marking their own homework”. A poll for the Guardian last month found 47% of people supported a formal independent investigation while only 18% opposed it.

The Covid bereaved group has threatened to take the prime minister and the health secretary, Matt Hancock, to court to challenge their refusal so far to trigger a public inquiry, arguing that the scale of deaths requires it. Johnson has repeatedly refused to meet them.

In its submission, the IfG backs the group’s argument that the European convention on human rights creates a duty for the government to investigate the systemic actions or inaction that resulted in deaths where it had a duty of care. Government lawyers have said they do not accept this.

The thinktank’s director, Bronwen Maddox, said: “There is no good reason to delay establishing a full public inquiry.”

She said it was “the right way … to fix systemic weaknesses in how [the government] reacts to complex situations, and to begin the process of providing answers for the many people who have suffered over the last year”.

She said: “The government missed an opportunity last summer to learn lessons from the first wave that could have helped its management of the second.”

The King’s Fund sets out multiple areas for an inquiry to examine, including how health, demographics and social structure increased risk, the responses of the public health system, the NHS and social care response and the handling of the economy and schools.

“England’s response to Covid-19 to date has been mixed, with early mistakes contributing to one of the world’s worst excess death rates in 2020,” it said. “Yet on other measures, such as the speed of vaccine rollout, England is among the more successful countries. A public inquiry would help to unpick what went well, what went wrong and how best to protect the country against future threats.”
#covid 19  #vaccine  #covid  #boris johnson
Add Comment