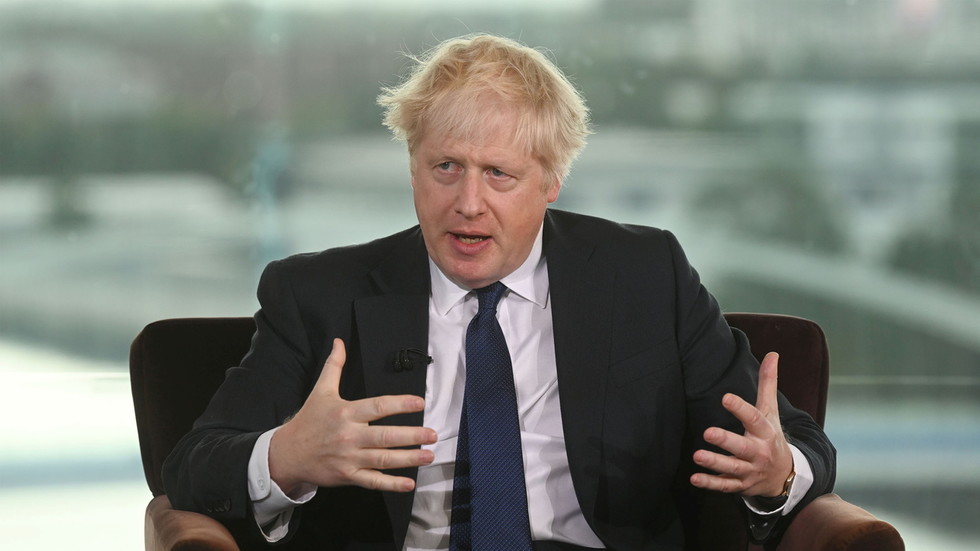 In the wake of the sentencing of police officer Wayne Couzens for Everard’s abduction, rape and murder, UK Prime Minister Boris Johnson stated on Sunday that the British legal system was not convicting enough rapists.

During an appearance on the BBC’s ‘The Andrew Marr Show’, Johnson said that, although Everard’s murderer was a serving police officer at the time of the crime, the British should nonetheless “trust” and “have confidence in our police.”

“I think, up and down the country, there will be literally hundreds of thousands of wonderful policemen and women who will be utterly sickened by what happened, by the murder of Sarah Everard,” he said, adding that the case had doubtless “triggered the feelings of huge numbers of people about what is going on in the handling of crimes of sexual and domestic violence, and also rape, and the way we deal with those crimes.”

Johnson argued that, while stranger-murder cases were on the decline, rape prosecutions were still taking too long, “and we’re not convicting enough rapists.”

“We need to deal with it. People feel it – they know instinctively that something is going wrong,” the prime minister said. He affirmed that his government needed to look not just at the abhorrent circumstances of Everard’s faked arrest and subsequent murder, but also “systemically” at “the whole handling of rape, domestic violence, sexual violence, and female complaints about harassment altogether.”

When asked by Marr why the prosecution of rapists and sexual abusers was taking so long, Johnson said there were “delays taking place at every stage in the process,” with some of those delays being due to the legal “complexities” concerning the use of mobile-phone evidence. “But, in the end, that is no excuse. We have to have these complaints properly dealt with,” he concluded.

Couzens was sentenced to a whole-life sentence last week, after he admitted to the abduction, rape and murder of Everard in March as she walked home from a friend’s house in Clapham, South London. He had used his police handcuffs and cited Covid-19 laws to falsely arrest Everard before driving her to a wooded area in Kent, where she was killed.

Lord Justice Fulford ruled that Couzens – who had been working as a diplomatic protection officer at the US Embassy in London – had “long planned to carry out a violent sexual assault on a yet-to-be-selected victim,” and noted that he had taken several measures in preparation for such an attack, including hiring a car.

Despite being a police officer since 2002, Couzens had a history of inappropriate sexual behaviour, and had indecently exposed himself to a McDonald’s employee just weeks before he murdered Everard. He had even been nicknamed “The Rapist” by former colleagues, and was known for having an interest in extreme pornography.
#boris johnson  #covid 19  #johnson  #covid
Add Comment