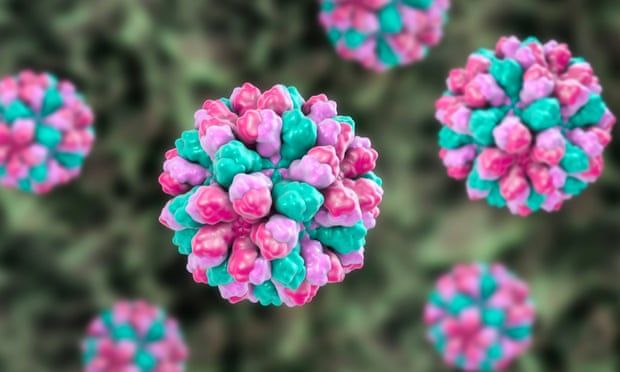 Norovirus warning as bug spreads in England after lockdown eased

Public health experts in England are warning of an increase in the number of cases of the vomiting bug norovirus after it reached levels last seen before the Covid-19 pandemic.

Official data shows the highly infectious virus is far more widespread than usual for the summer months. It has been spreading particularly rapidly over the past few weeks among preschool children in nurseries and childcare facilities, who are bringing the virus home, causing it to spread across all age groups.

Official data from Public Health England (PHE) showed that in the last five weeks, 154 outbreaks had been reported, compared with an average of 53 between the comparable five-week period around June in the previous five years. Rates have been especially low during the pandemic due to social distancing rules and people paying more attention to hygiene, but have been rising since restrictions began to ease in early April.

“Norovirus, commonly known as the winter vomiting bug, has been at lower levels than normal throughout the pandemic with less opportunity to spread between people in the community but as restrictions have eased we have seen an increase in cases across all age groups,” said Prof Saheer Gharbia, the deputy director of PHE’s national infection service.

PHE warned that unusual increases could follow in the coming months after further easing of Covid control measures, replicating the experience of New South Wales in Australia.

PHE warned the public to take action to reduce the spread of norovirus, including hand washing and avoiding passing on infection by remaining at home until 48 hours after symptoms clear, and thoroughly cleaning any surfaces or material that have come into contact with an infected person and their vomit.

The guidance advises people to wash their hands with soap and water since, unlike Covid, alcohol gels do not kill norovirus. Those showing symptoms should avoid visiting their local clinic and should instead contact the NHS or their GP by phone.

Norovirus causes vomiting and diarrhoea but usually passes in a couple of days. It is easily transmitted through contact with infected individuals or contaminated surfaces. Symptoms include nausea, high temperature, abdominal pain and aching limbs.
#covid 19  #covid
Add Comment