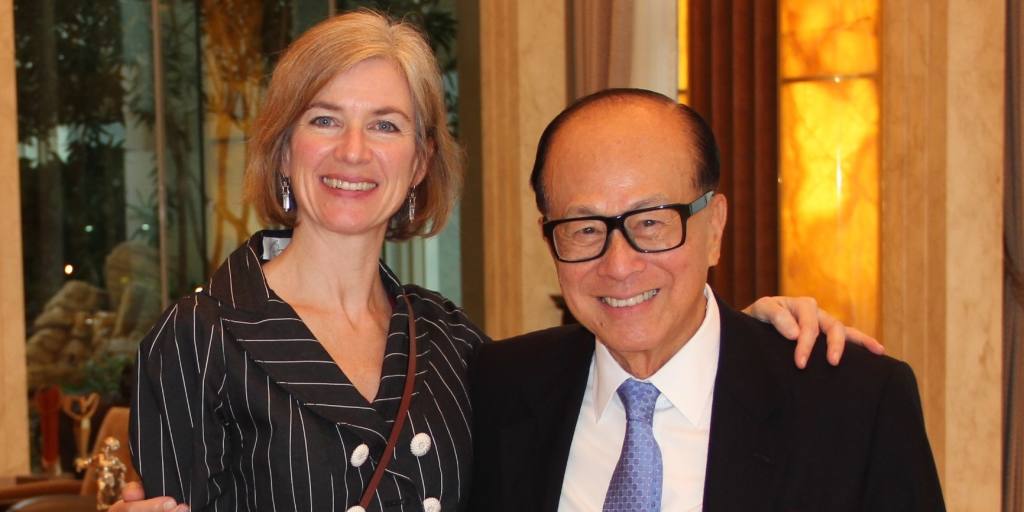 Li Ka-shing may have dropped out of school at age 12, but that lack of educational achievement did not stop Hong Kong's richest man from playing a role in the success of two Nobel Prize laureates announced this week.

Jennifer A. Doudna, who on Wednesday won the Nobel Prize in Chemistry for developing a critical genome-editing technology, is a professor at the Li Ka Shing Center for Biomedical and Health Sciences at the University of California, Berkeley, where she also chairs the faculty.

Doudna and fellow scientist Emmanuelle Charpentier were jointly awarded for their development of the CRISPR tool -- widely known as a genetic scissors -- which allows researchers to change the DNA of animals, plants and microorganisms with high precision.

A post on the Li Ka Shing Foundation's Facebook page on Wednesday said that Li "burst in tears" after hearing the announcement on Doudna and Charpentier.

"He believes in the direction of their scientific research and has supported their work in 2010 and 2011," it said, adding that Li thanked the two scientists and the team for their efforts in bringing change and hope to the world. 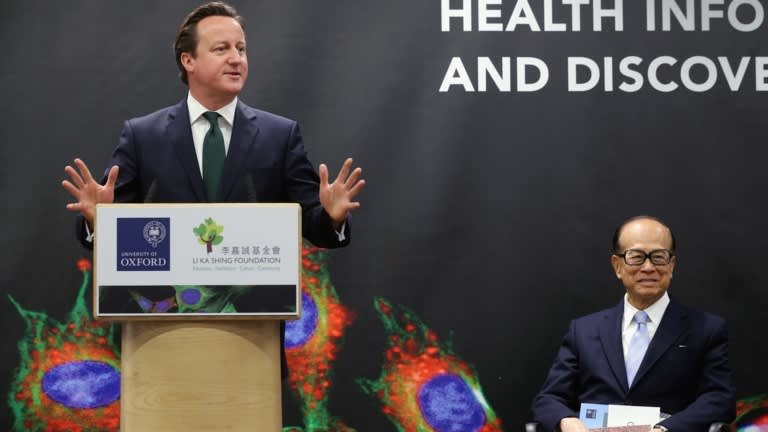 Li Ka-shing, right, with David Cameron, then U.K. prime minister, at the opening of the Li Ka-shing Centre for Health Information and Discovery at Oxford University in 2013.

In 2014, Li donated $10 million through his foundation to a genetic engineering initiative directed by Doudna at UC Berkeley. "This technological innovation by Professor Doudna is taking the modification of the genome to a brave new world," Li said at the time.

Meanwhile, Michael Houghton, one of three scientists awarded the Nobel Prize in Medicine on Monday for research that identified the virus that causes hepatitis C, holds a virology professorship endowed by Li at Canada's University of Alberta and serves as director of the school's Li Ka Shing Applied Virology Institute.

The institute was established in 2010 through a 25 million Canadian dollar ($18.8 million) donation from the Li Ka Shing Foundation, alongside a CA$52.5 million commitment from the Alberta provincial government.

"Our contributions are not predicated upon prizewinning discoveries, but on brilliant minds intent on finding novel solutions to the big challenges that confront our world today," a foundation spokesman said. He added the organization was "thrilled and elated" with Houghton's prize, saying that his recruitment to Alberta had been enabled by the creation of the Virology Institute.

Li, whose net worth the Bloomberg Billionaire Index puts at $31.8 billion, was forced to quit school due to war and family troubles in China but went on to build a global empire of infrastructure, retail, telecommunications, energy and property businesses under the umbrella of CK Hutchison Holdings.

His foundation, which focuses its giving on health and education, does not disclose its assets, but data company Wealth-X ranked it as the second largest such entity established by a living person in the world in a 2015 report. It estimated the Li Ka Shing Foundation's endowment then at $8.1 billion, behind only the Bill & Melinda Gates Foundation. 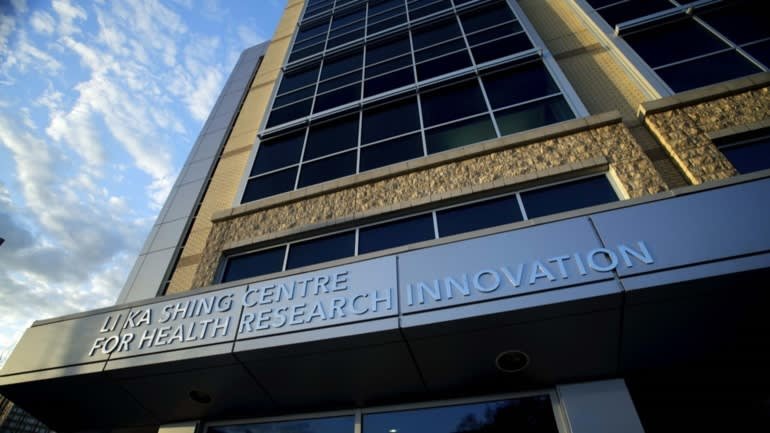 When he retired as chairman of CK Hutchison and CK Asset Holdings two years ago, Li, nicknamed Superman by local media, said he would divide his fortune between his sons Victor and Richard and his foundation, which he has often referred to as his "third son."

Li's gift to endow the Virology Institute was made alongside a CA$3 million grant to fund a joint doctoral program between the University of Alberta's medical school and one at Shantou University, an institution established by Li in his Chinese hometown.

"The work to combat the 'viralness' of infectious diseases belongs to all of us, and in this effort U of A is an established leader in researching virus-based diseases," Li said in a statement at the time. "Without a doubt, U of A will foster continued excellence on this new platform."

Li's connection to Alberta goes back to 1986 when he bought a 43% stake in the oil and gas producer there now known as Husky Energy. The company remains a key holding of his business empire.

The Li Ka Shing Foundation has issued more than 27 billion Hong Kong dollars ($3.5 billion) in grants that in turn have helped provide care to 17 million patients since its launch in 1980, according to its official website. Some of the earliest grants financed the building of a hospital near Shantou and a specialist clinic at the Prince of Wales Hospital in Hong Kong.

The foundation recently donated HK$170 million to the medical, science and education faculties of four local universities after pro-Beijing lawmakers blocked government funding due to the involvement of students at those institutions in anti-government protests last year. It has also offered grants to front-line medical workers in Hong Kong and Canada and to Hong Kong small businesses affected by the COVID-19 pandemic.

Apart from his foundation, Li has actively invested in medical technology startups through his private investment vehicle Horizon Ventures. It has led and participated in a range of early-stage funding rounds for health-tech companies around the globe in areas ranging from DNA synthesis technology to artificial intelligence-driven medical devices.