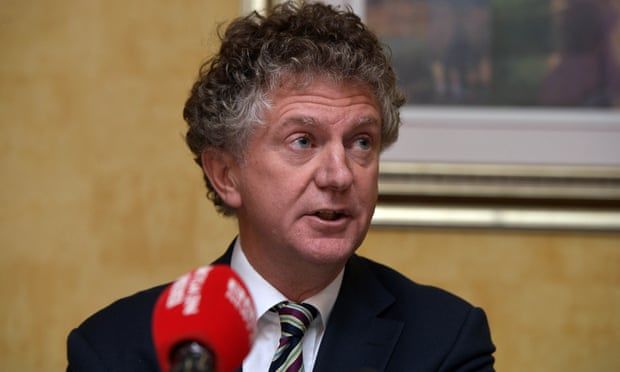 One of the architects of the Northern Ireland peace deal has said Boris Johnson and the former Brexit minister Lord Frost have risked “all the work” the previous generation of politicians put into the Belfast Good Friday agreement by putting their hard ideological beliefs ahead of people.

Jonathan Powell, Tony Blair’s former chief of staff and chief negotiator on Northern Ireland, said he was concerned that neither the prime minister nor the recently resigned Brexit minister seemed to understand or care about the fragility of the political settlement in Northern Ireland in 1998.

He also questioned why Frost had made the issue of the European court of justice a red line in negotiations on the Northern Ireland protocol when it was not responsible for either the practical difficulties in trade or the identity politics that has been heightened by the row over the Irish Sea border.

He said it was irresponsible to stoke the fears of one side or another or to fail to calm nerves about British identity after rioting on the streets earlier in 2020.

“They may matter to Boris Johnson and some supporters [in the government] and the ideological base.

“But is it really worth sacrificing all the work that previous generations of politicians put into the Northern Ireland peace process on the ideological altar of the ECJ?” he asked.

Lord Frost had repeatedly threatened to suspend parts of the protocol arrangements using its article 16 before he resigned as Brexit minister citing differences over tax policy and Covid restrictions.

While the appointment of the foreign secretary, Liz Truss, to succeed Frost was initially read as a reset moment, publicly she is presenting herself as the continuity negotiator.

“The UK position has not changed. We need goods to flow freely between Great Britain and Northern Ireland, end the role of the ECJ as the final arbiter of disputes between us, and resolve other issues,” she said before Christmas.

Powell warned the institutions of devolved government could collapse unless the British government focused on the practical problems created by the post-Brexit customs and physical checks on goods crossing the Irish Sea.

While he doesn’t expect a return to the troubles of the past, he said Brexit created an ongoing issue in Northern Ireland.

“You have to face up to the fact that Brexit requires someone to get hurt.

“There is nothing you can do about the political issue of identity given the history of two communities in Northern Ireland. But there is going to be a border because of Brexit and it has to be somewhere. No one’s come up with a better idea than in the Irish Sea. If it is there, it affects unionist identity and what you have to do is ameliorate the impact of it,” he said.

His comments came after not just the transfer of power from Frost to Truss but a changing political landscape south of the Irish border.

“Brexit has put talk of a united Ireland firmly on the agenda south of the border and the government needs to pay attention to this and to understand how that is also fuelling unionist fears about the future of Northern Ireland in the United Kingdom,” he said.

“Identity politics is going to keep coming back. Imagine if you have a border poll on a united Ireland and 48% for remaining in the United Kingdom, a bit like the Brexit referendum.

“People don’t want to address that problem. I understand. But it’s the fear of that that’s causing the trouble.”

In an interview published on Sunday, Sir Jeffrey Donaldson, the DUP leader, said Truss should set a deadline for the talks with the EU over the protocol. He would not say how much longer should be allowed, but he told the Sunday Telegraph: “January is going to be an absolutely crucial month.”

And if the deadline passed without a deal acceptable to the UK, the government should trigger article 16, he said.

“If we don’t get rapid and decisive progress, and one side or the other is kicking the can down the road, this will have major implications for the stability of the political institutions in Northern Ireland,” he said.
#boris johnson  #johnson  #covid
Add Comment