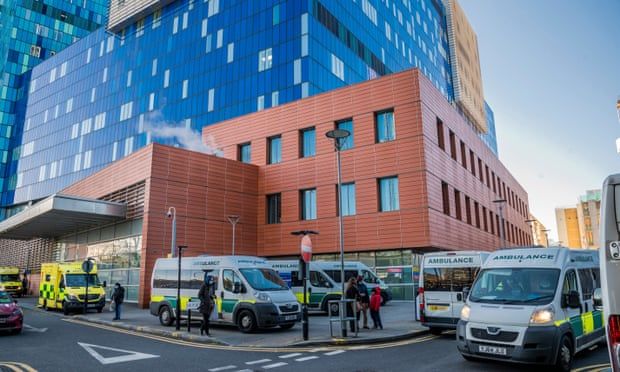 NHS staff across the UK are facing a “growing tide of abuse” including assaults from patients, which they say is being caused by frustration at long waits for care.

In a strongly worded joint statement, which has been shared with the Guardian, six key medical bodies and staff groups blame patients’ increasingly long delays in receiving treatment on years of successive governments underinvesting in the NHS and not fixing severe workforce shortages.

They are urging ministers to be “honest and transparent” about the intense strain on the NHS after a spike in threats and assaults on frontline staff.

It comes amid a growing belief among senior doctors that ministers’ insistence that GPs should offer face-to-face appointments, that hospitals need to improve waiting times as soon as possible, and that managers of “failing” hospitals with persistently long delays for care could be sacked are all part of a deliberate government strategy to try to blame the NHS for its many problems.

One senior medical leader told the Guardian: “As we come out of the pandemic there is a noticeable change in the political rhetoric away from thanking and supporting the NHS to demanding that it now delivers the recovery of services. There is a danger that this translates into blaming individual staff members on the frontline.” Some medical bodies feel that Sajid Javid, the health and social care secretary, is ignoring them. 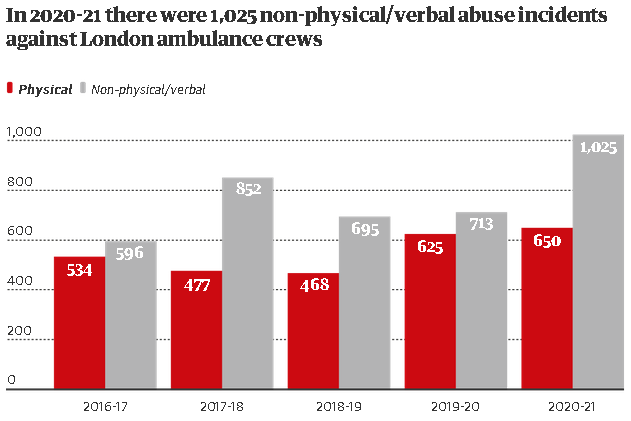 The statement said that “distressing” recent attacks on GPs and their teams are part of a “phenomenon [this] is happening right across health and care” and involves verbal or physical aggression towards A&E staff, ambulance crews, midwives, nurses, receptionists, call handlers, social care workers and also those administering Covid vaccines.

It said: “We understand that individuals become frustrated at long waits, delays in their care or other problems in the delivery of services they rightly expect.”

But, in a riposte to the government, it added: “However, blaming individual members of staff, whether clinical or administrative, for systemic problems caused by huge increases in demand, coupled with a lack of resources and workforce capacity, is completely inappropriate.”

The waiting list in England for hospital care has hit a record 5.61m, tens of thousands are having to wait 12 or 18 months, GP surgeries are struggling to see patients as quickly as they want and some ambulances are taking many hours to reach patients after a 999 call.

Ominously, their statement also warned that Covid has “multiplied the pressures” on the NHS and “that challenge is going to continue for some long time to come as waiting lists and restricted access to services will get worse before they get any better”.

Javid told the Guardian last week that he is considering increasing the penalties for anyone who attacks NHS staff.

Earlier this month Deirdre Fowler, the chief nurse and midwife at Bristol’s main acute NHS trust, disclosed at its board meeting “an extraordinary increase in violence and aggression towards our staff throughout our front doors” at the A&Es at Bristol Royal Infirmary, the city’s children’s hospital and Weston general hospital in Weston-super-mare, which it also runs.

Fowler identified treatment delays as the key reason. Citing a survey of A&E staff that found that over half had recently experienced some kind of aggression or violence, she added: “This is directly correlated to increased activity and a change in public perception from one of clapping and seeing our NHS staff as heroes to being incredibly frustrated because of long waits. One in six A&E staff are thinking about moving to less stressful roles as a result of the hostility, the survey found.

NHS bodies in Bristol, North Somerset and South Gloucestershire say aggression and abuse towards staff have risen since last year. The Bristol trust recorded 1,356 incidents of violence and aggression in the year to March – 17% up on the year before. The South West ambulance service recorded 1,917 such incidents in 2020-21 – 38% up year on year – including 345 assaults.

Growing numbers of NHS care providers are giving staff, for example in A&E, body cameras to wear to deter abuse and record incidents that may result in criminal charges. Some ambulance crew already wear stab vests to risky incidents. And some hospitals are beefing up their security.

The James Paget hospital in Norfolk hired a security firm to ensure safety overnight in its A&E and at its main entrance after incidents of “rude and abusive behaviour” against staff rose to 45 a month.

*  NHS Greater Glasgow and Clyde health board disclosed that 354 violent and aggressive incidents and threats are carried out every month against its staff, who have been left “fearing that they will be subjected to violence and threats”.

*  Last week 41-year-old Dionne Wilson was fined £220 after being convicted by magistrates of assaulting a healthcare assistant at Warrington hospital who was trying to help her.

The statement also urged “government and the media … to be honest and transparent with the public about the pressures facing health and care services and that this is going to have direct implications for patients and their carers. This means making clear that the problems are systemic and that blaming and abusing individual staff members is never acceptable behaviour.”

Dr Katherine Henderson, the president of the Royal College of Emergency Medicine, urged hospitals to ensure that all A&Es have security personnel on duty all the time to deter attacks.

A Department of Health and Social Care spokesperson condemned rising hostility towards NHS staff: “The NHS has done a phenomenal job during the pandemic and it is completely unacceptable for our heroic doctors, nurses and healthcare workers to face abuse for any reason.

“We are committed to ensuring people get the treatment they need as quickly as possible and average waiting times are nearly 45% lower than the peak of July 2020.

“Our record investment is helping to tackle the backlog in the NHS, including £2bn this year and £8bn over the next three years, which will deliver an extra nine million checks, scans and operations for patients across the country.”