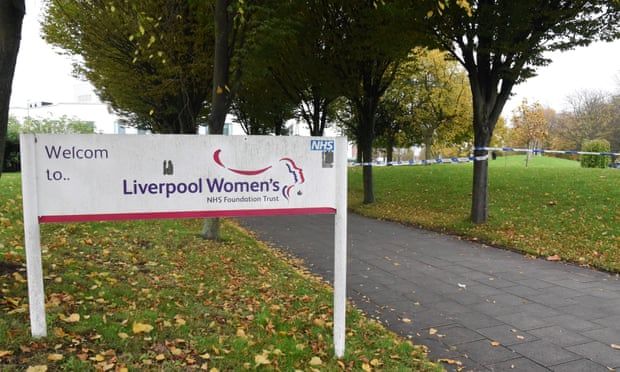 Exclusive: NHS England to send guidance to all trusts as terror threat level in country upgraded to ‘severe’

NHS chiefs are advising all hospitals to review their security arrangements in the wake of Sunday’s terrorist incident at Liverpool Women’s hospital, the Guardian can reveal.

NHS England is finalising new guidance to send to all 213 health trusts in England, which between them provide services at more than 500 hospital sites.

It will tell them to check that their security measures are adequate and also to ensure that their staff know what to do and how to stay safe if their hospital is targeted by terrorists.

It is being finalised and will be sent imminently to hospital bosses, who are still taking in the implications of the taxi explosion outside Europe’s largest maternity hospital.

Many hospitals have beefed up their security over the last year in response to numerous incursions by Covid deniers and anti-lockdown activists and the growing abuse of frontline staff.

But Sunday’s incident has prompted NHS England to write to all trusts urging them to take any steps needed to ensure they are protected.

NHS sources said they decided to act on Monday after the terror threat level in the country was upgraded to “severe”, which means that an attack is considered highly likely.

However, sources stressed that security systems already in place, which include security guards and closed circuit television, were thought to be adequate already. “The point of the guidance is not [for hospitals] to go to the point of having massive security,” said one.

There is no suggestion that there is a threat to hospitals in general.

Another senior NHS official said: “The thought of what could have happened if the bomber had got into the hospital is frightening. It’s absolutely horrific.”

Liverpool Women’s hospital has already increased its security after the incident, in which one man – a passenger in the car that exploded outside about 11am – died. It has also restricted visiting until further notice and has a cordon around it while the investigation continues.

Staff at the hospital are “in a state of shock and quite scared”, one source disclosed. Another source, a doctor at the hospital, said Sunday was “a very shocking and difficult day”.

Staff are also perplexed about why their hospital maycould have been targettedtargeted. “They’re not aware of any reason why the bomber would want to detonate their bomb at the hospital’s front door. Why anyone would target them isn’t clear,” a source said.

Any drive to beef up security after the attack will give hospitals a dilemma. One figure in the hospital sector said: “Hospitals aren’t fortresses and shouldn’t become fortresses either. That would put people off.

“They’re quite open places. You can just drive up to them. You don’t have to pass through a security gate and tell the guard why you’re there, for example. But maybe every hospital could have a front gate and people would go through that and have to be cleared to drive in. That would be a disaster for the NHS, though.”

One official involved in Liverpool’s response to the attack said: “People here are stunned, shocked and appalled that a hospital would be targeted, particularly because it’s a maternity hospital.”
#covid
Add Comment